These easy, fudgy Chocolate Brownies topped with a rich and gooey coconut pecan frosting are about to be your new favorite go-to Brownie Recipes!

Get all of the gooey, sweet coconut frosting and rich chocolate cake without the work of making a layered German Chocolate Cake with this new recipe! A homemade brownie batter makes these German Chocolate Brownies extra delicious and is just as easy as a boxed brownie mix. The coconut-pecan topping is made in minutes for a decadent dessert ready to eat in less than an hour.

Part of what makes a German Chocolate Cake so delicious is the balance of semi-sweet chocolate with the gooey, caramel coconut-pecan frosting. The German Chocolate frosting for these brownies is made without egg yolks so there’s no need to worry about scrambled eggs. Plus you can lick the spoon while your brownies finish baking!

The chopped pecans added to the German Chocolate batter and frosting give these brownies a double chewy crunch. If you have leftover pecan halves, you can press one into the top of each brownie for a tasty decoration. You can also skip the nuts or make these with whatever chopped nuts you have on hand like walnuts or almonds.

For an extra decadent and sweet German Chocolate Brownie, spread a thin layer of Salted Caramel Sauce or Chocolate Ganache over cooled brownies before adding the coconut frosting. These rich, chewy brownies are great on there own but even better served warm with a scoop of Vanilla Ice Cream and more chopped nuts! 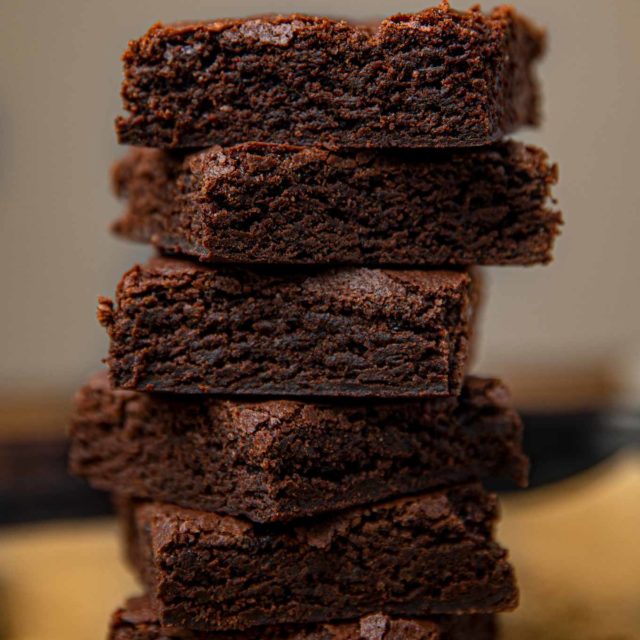 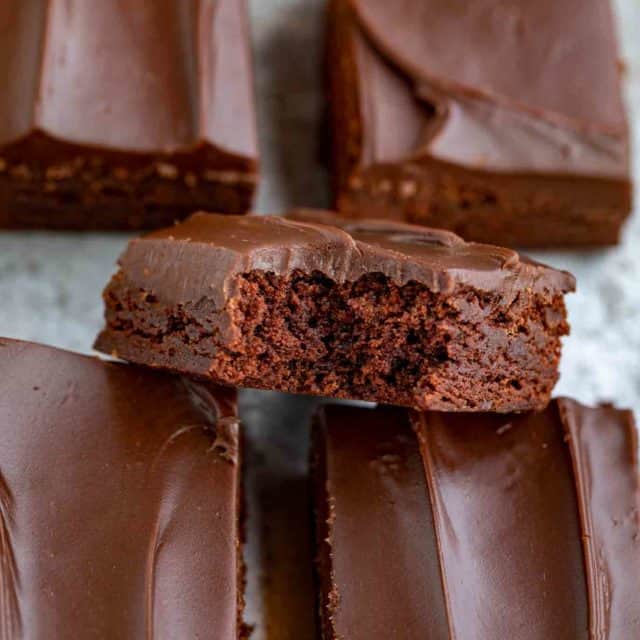 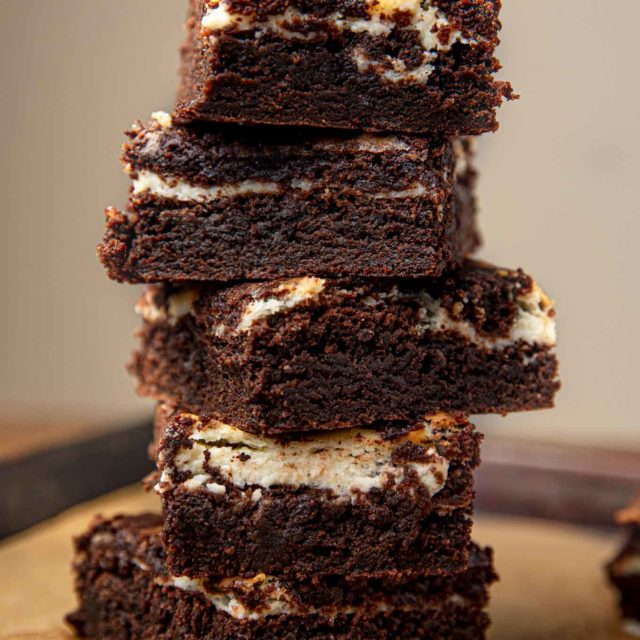 HOW TO STORE GERMAN CHOCOLATE BROWNIES