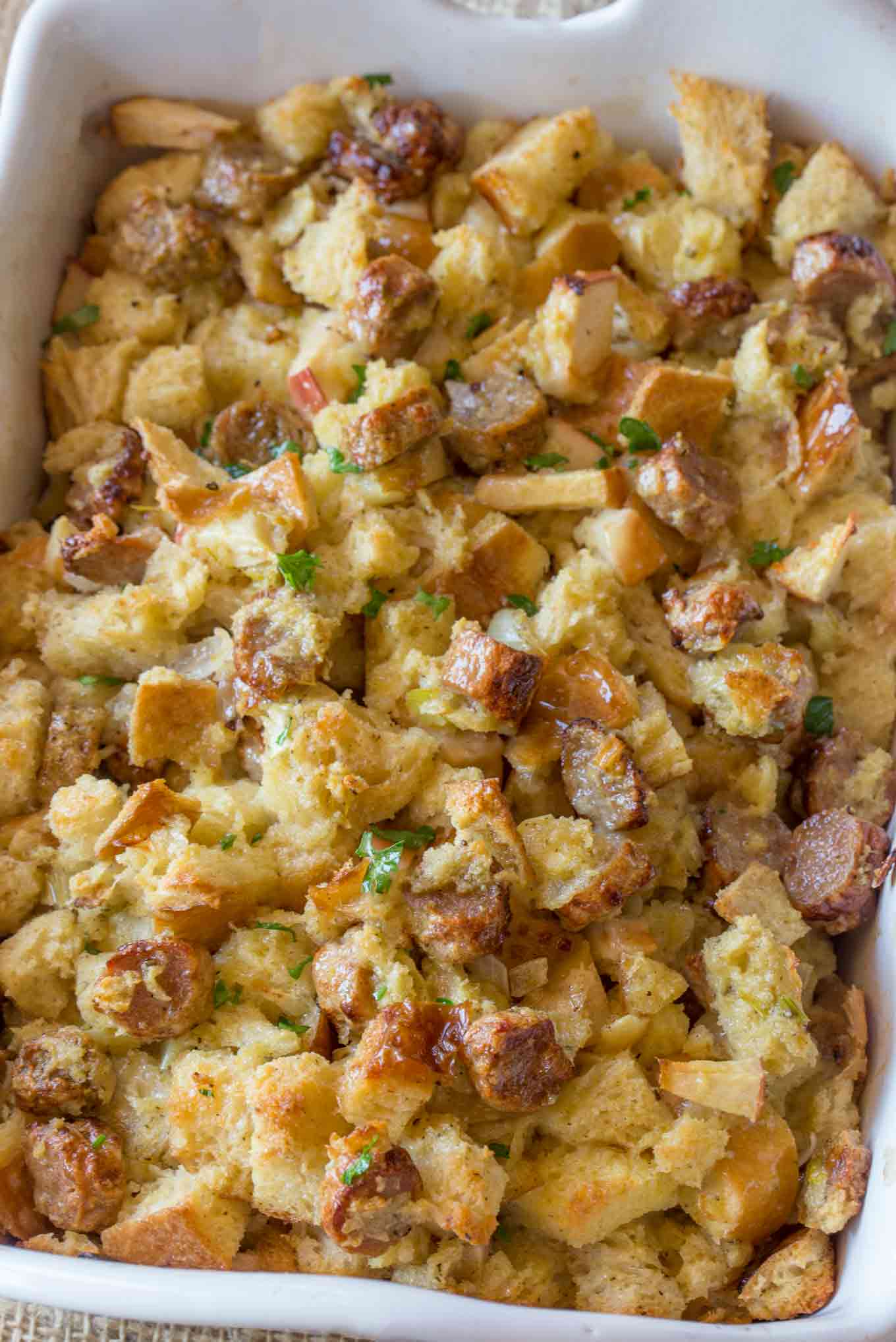 Easy Apple and Sausage Stuffing made with sage and celery is the classic dressing recipe you grew up eating. 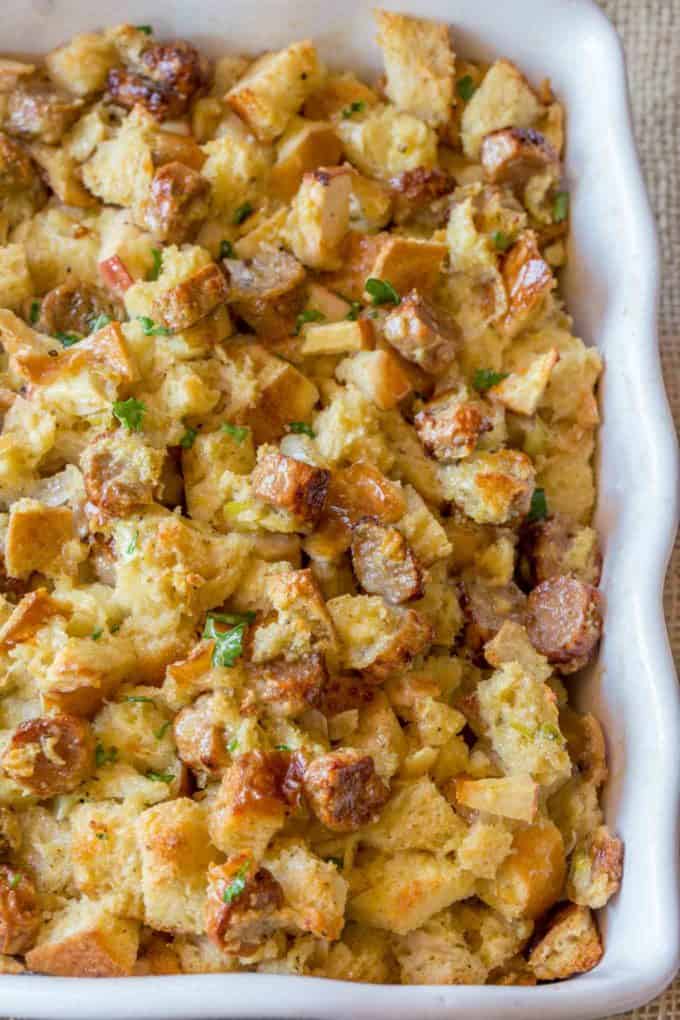 There really is nothing more “holiday” than stuffing. Okay fine, turkey probably is, but Apple Sausage Stuffing with sage is a close second. With a crispy top layer and fluffy savory texture under the surface, this stuffing (or dressing) is pretty much your turkey’s best friend this Thanksgiving.

The recipe is similar to the one in my Slow Cooker Thanksgiving Dinner (for 2!) and it is cooked OUTSIDE the bird for a couple of reasons.

Is it safe to cook stuffing inside the turkey:

According to the United States Department of Agriculture

For optimal safety and uniform doneness, cook stuffing separately. However, if stuffing a turkey, it’s essential to use a food thermometer to make sure the center of the stuffing reaches a safe minimum internal temperature of 165 °F.

Personally, I do NOT cook dressing or stuffing in the turkey, ever. I find that by the time my thermometer registers the 165 degrees the turkey meat is more cooked than I would prefer. In addition to that the texture suffers because it doesn’t have any ability to crisp up (my favorite part). 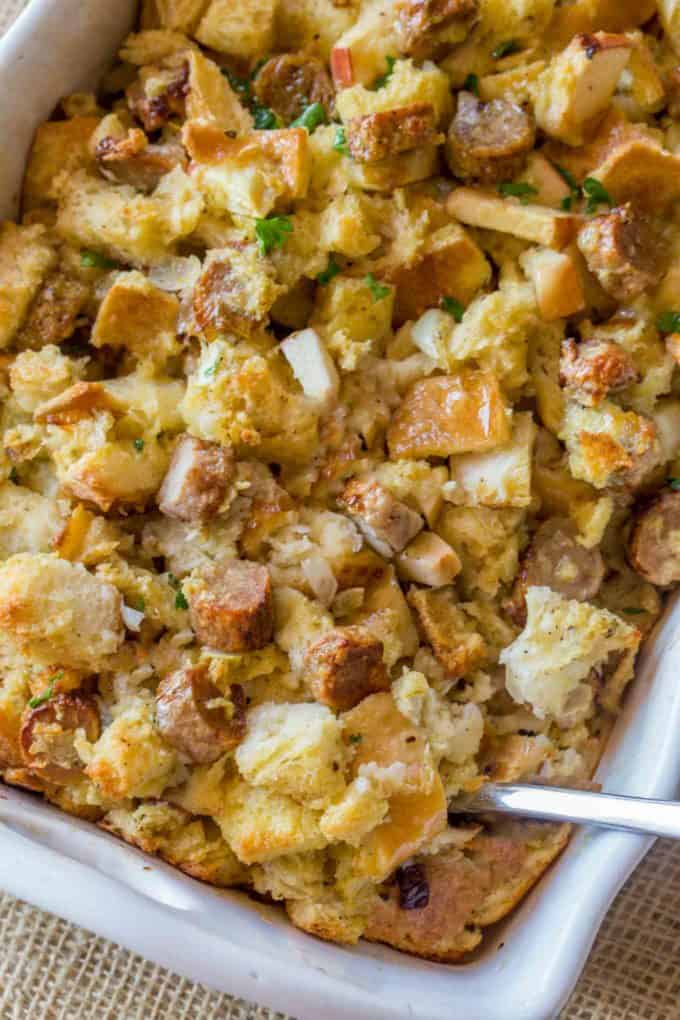 How long do you cook Sausage Stuffing:

I’m a huge fan of the classic apple/sausage/sage flavors, I think in the skillet, browning them you get the smell of the holidays. 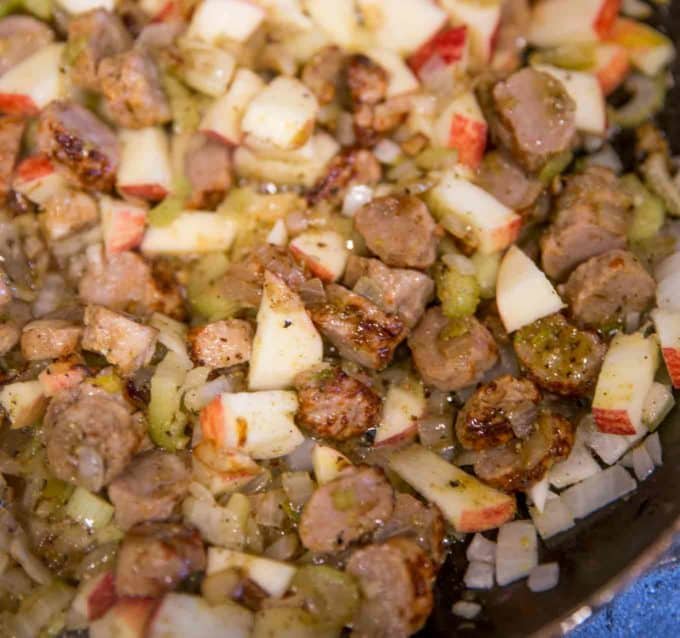 Looking for more side dishes? 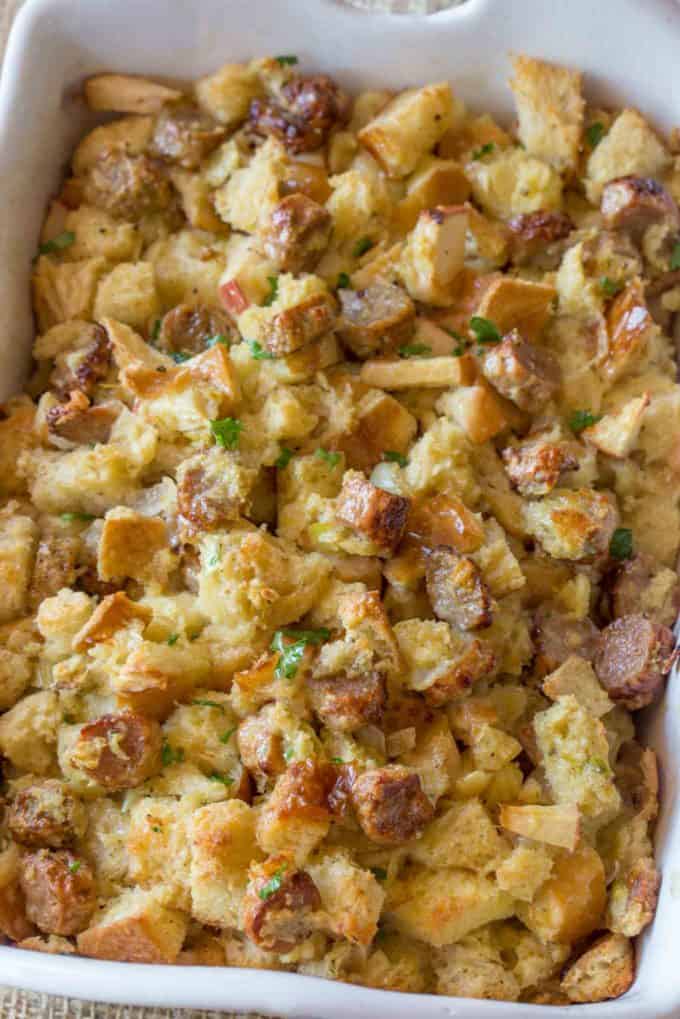 Tools Used in the making of this Apple Sausage Stuffing:
Cast Iron Skillet: If you don’t have a slow cooker with a stovetop friendly insert, this is my most used pan in my kitchen, heavy, keeps heat well and gives the BEST sear ever.
Beef Base: I almost never buy boxes of broth because I keep the beef, chicken and vegetable version of this Better Than Bouillon. 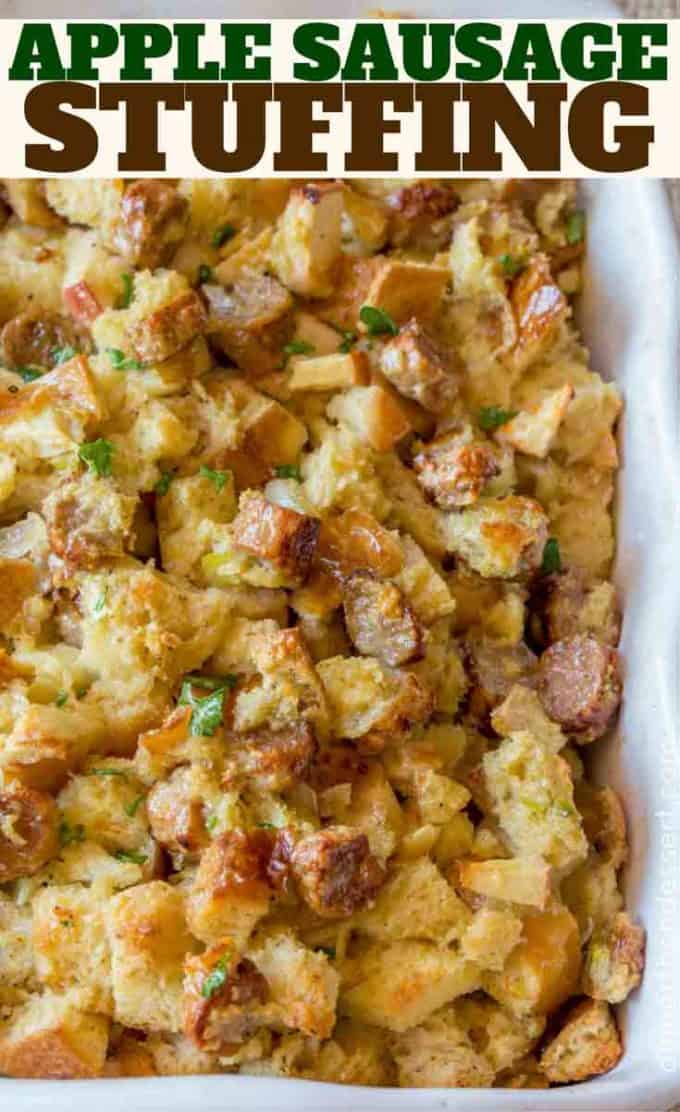 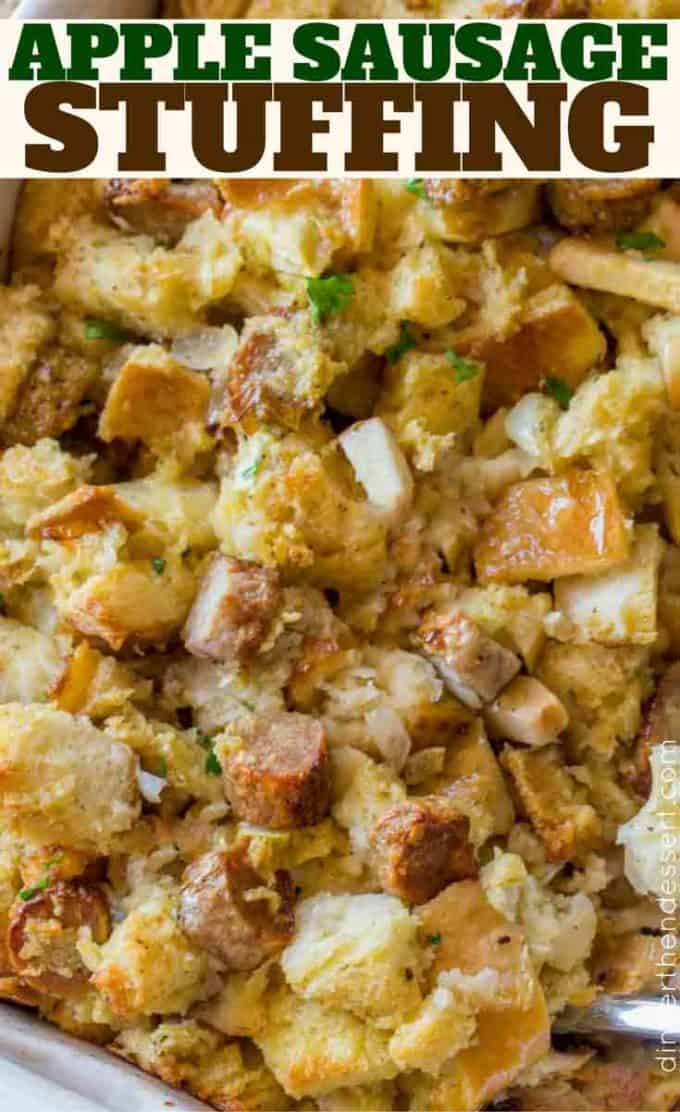