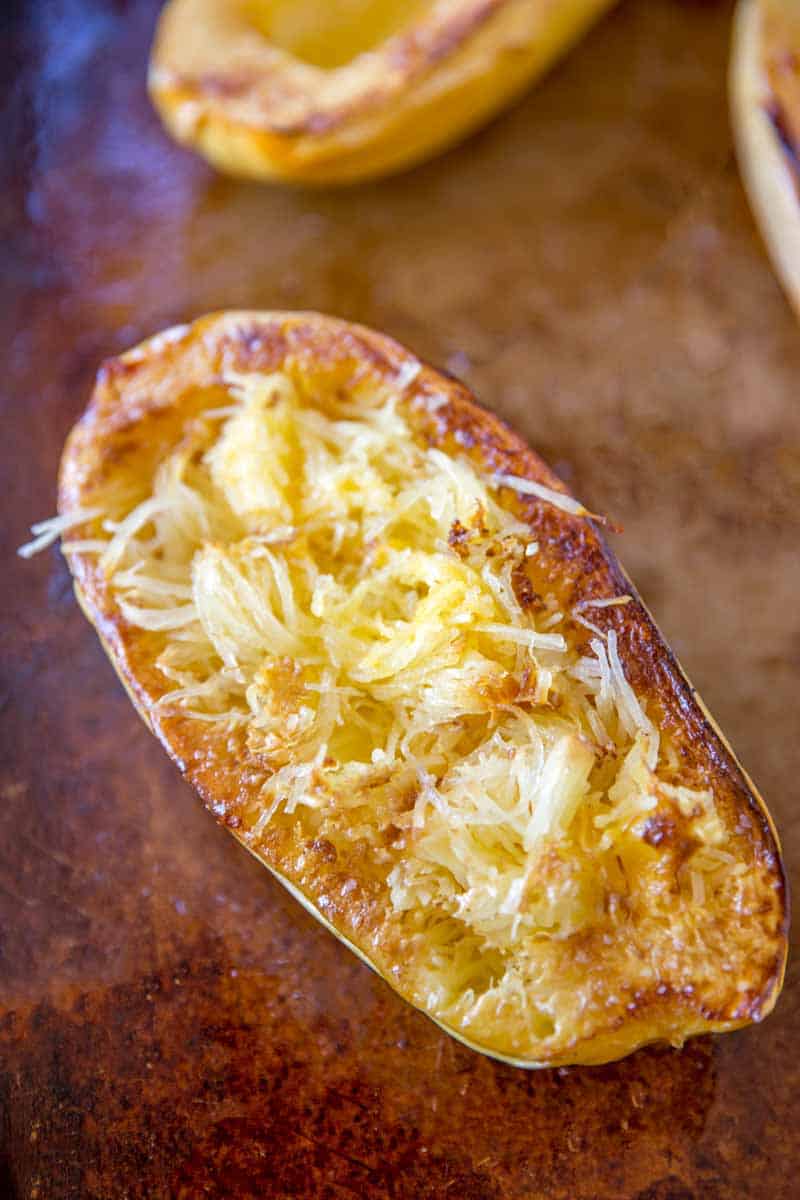 How to Cook Spaghetti Squash

For everyone who has anxiety about the difficulty of preparing baked spaghetti squash, I have news for you. It is super EASY.  There are few things easier than cooking spaghetti squash in your oven. And it’s a skill you want because if you read on, you’ll realize there are some amazing spaghetti squash recipes you’ll want to make!

I can understand the frustration. Most people have anxiety because they don’t know how to cut spaghetti squash. The squash itself can be intimidating. YES, this vegetable can be slightly difficult to split. Okay, maybe more than “slightly.”

How to cut spaghetti squash?

Spaghetti squash is like any other hard squashes you find in the autumn, like butternut squash, acorn squash or pumpkin. Cutting through it is scary/dangerous and requires concentration. Think cutting a watermelon but 3 times harder to pierce. 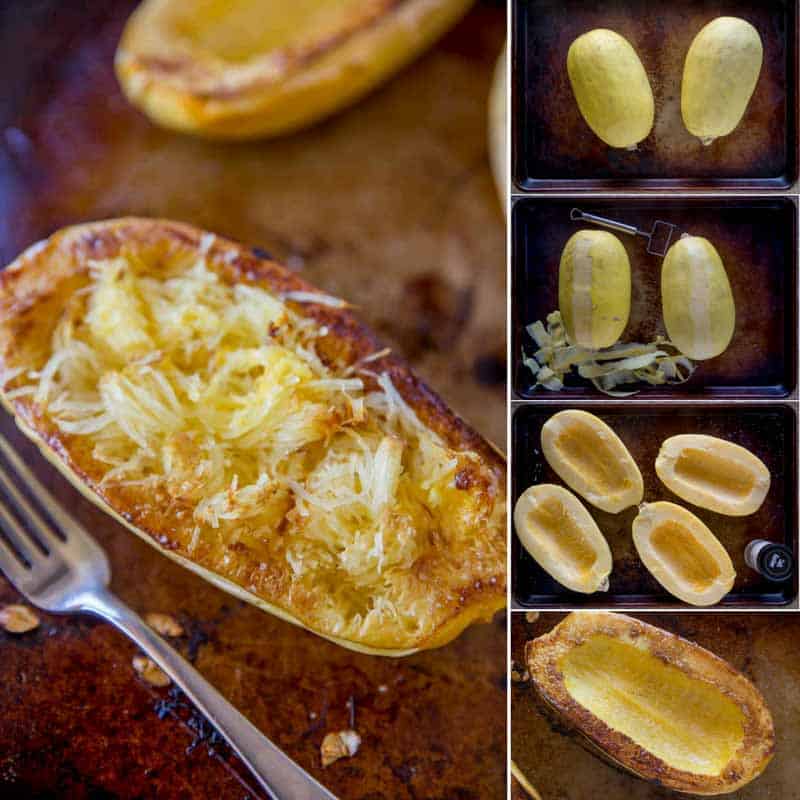 How to Cook Spaghetti Squash in the microwave:

Place the cut sides down in a microwave-safe dish. Cover with dripping wet paper towel. Microwave on high for 10-12 minutes or until you can poke through the skin of the squash easily with a fork. Let cool for five minutes before turning over and scraping out the squash.

How to Cook Spaghetti Squash whole:

Preheat the oven to 375 degrees. Using a sharp small knife, pierce the squash 10-15 times all over. Cook for 45 minutes, then flip to the other side and cook and additional 45 minutes. Remove from oven, wait five minutes before slicing open the spaghetti squash and scraping out the strands.

What do I season Spaghetti Squash with? 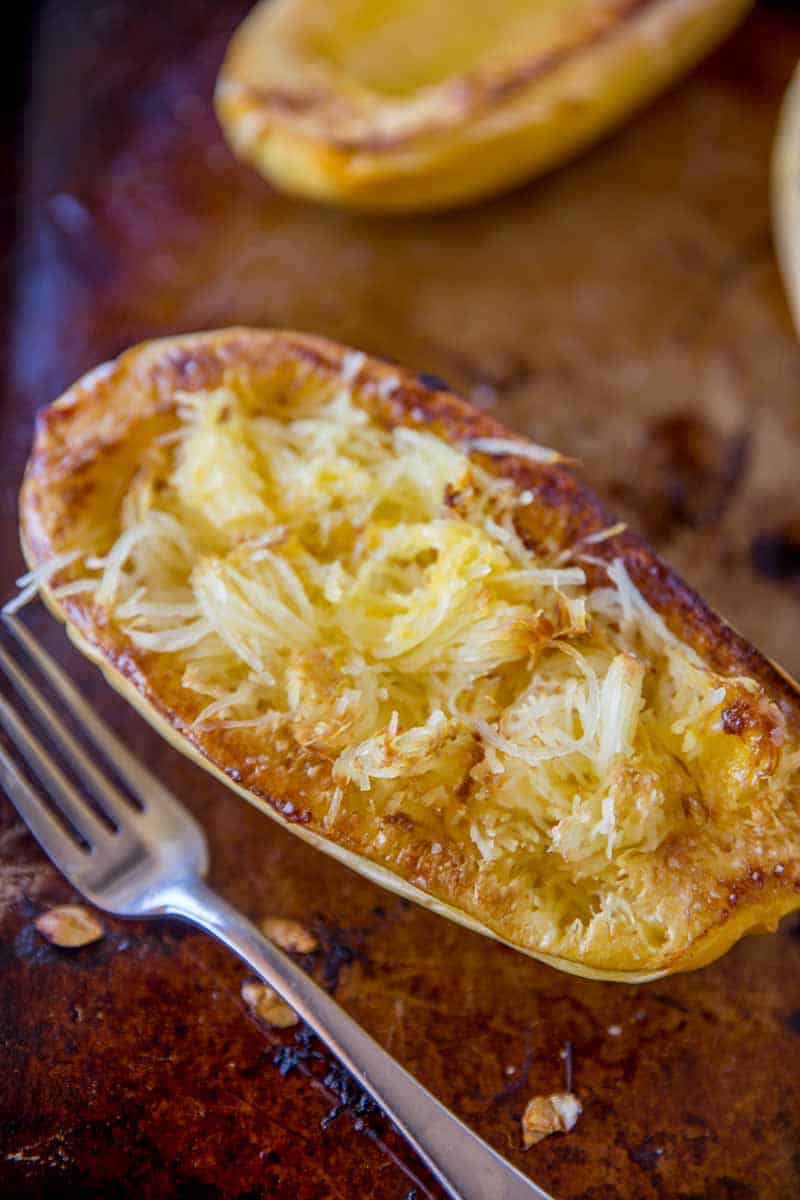 How long can you keep spaghetti squash:

How do you pick a good spaghetti squash:

Baked spaghetti squash may seem like a bit of departure from the most popular recipes on the site. BUT I have some big news brewing that I can’t wait to share with you all about some new recipes you’re going to love me for in the new year when all your dietary resolutions are strongest. We’re up to our eyeballs in development now!

Tools Used in this How to Cook Spaghetti Squash tutorial:
Vegetable Peeler: I’ve been using this peeler for 7 years and it is still as sharp and as easy to peel as EVER. Also, it peels in the thinnest layers so you don’t waste food.
Rock ‘n Chop Knife: My favorite kitchen tool (the knife I love is the second from the top) I’ve had it over a dozen years and it is going STRONG.
Sheet Pan: A classic, inexpensive sheet pan that is high quality and can hold up to high temperatures in the oven.

How to Cook Spaghetti Squash 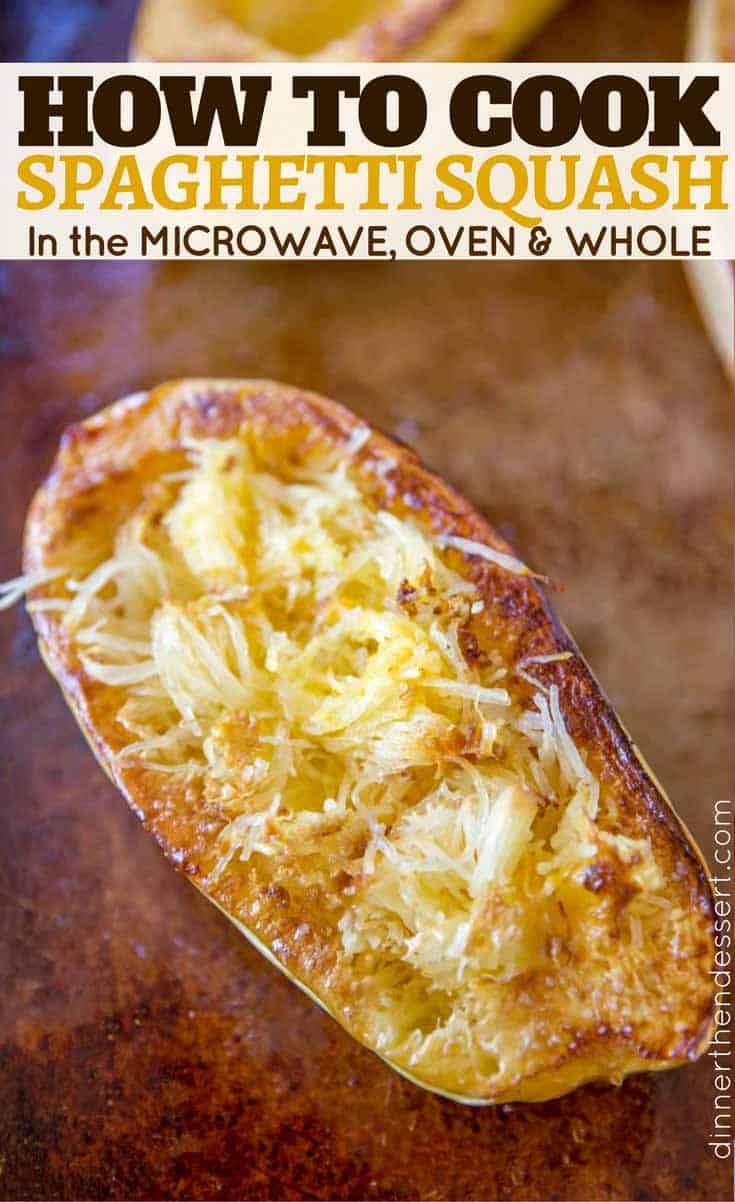