Slow Cooker Rump Roast makes wonderfully tender meat in a rich gravy with veggies. Make it in a slow cooker or find the instant pot and oven versions below.

This delicious roast is perfect for weeknight dinners. Just prep the pot roast in the crock pot in the morning, and at the end of the day you’ll have a melt-in-your-mouth beef dinner. After you brown the roast and combine all the ingredients, the crock pot does the rest of the work making this the perfect go-to weeknight meal.

Making your roast with bottom round roast results in extra succulent beef that’s full of flavor. As the beef roast cooks in the crock pot it will tenderize and absorb the flavors of the cooking liquid, onions, and seasoning surrounding it.

The other great thing about this Pot Roast recipe is that it’s cooked with carrots and potatoes, so you don’t have to worry about making a lot of sides for a more filling dish. Although Soft Dinner Rolls always taste great with savory roast recipes like this one. So, if you have some extra time you can make homemade rolls, or just pick some up at the store. 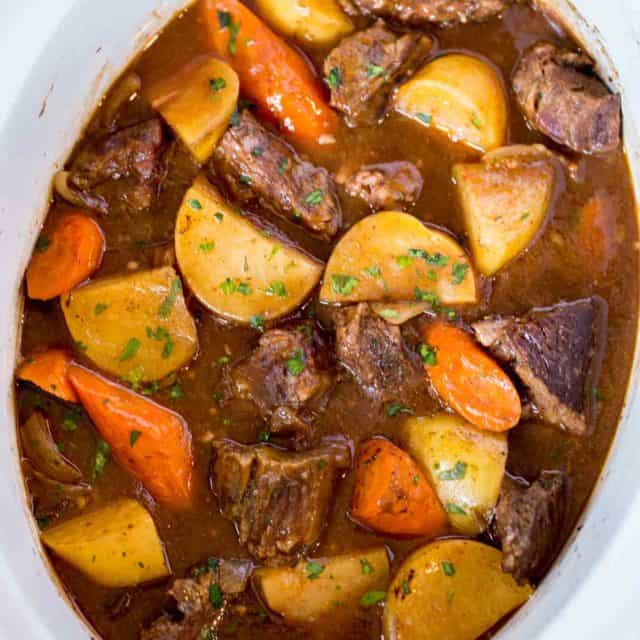 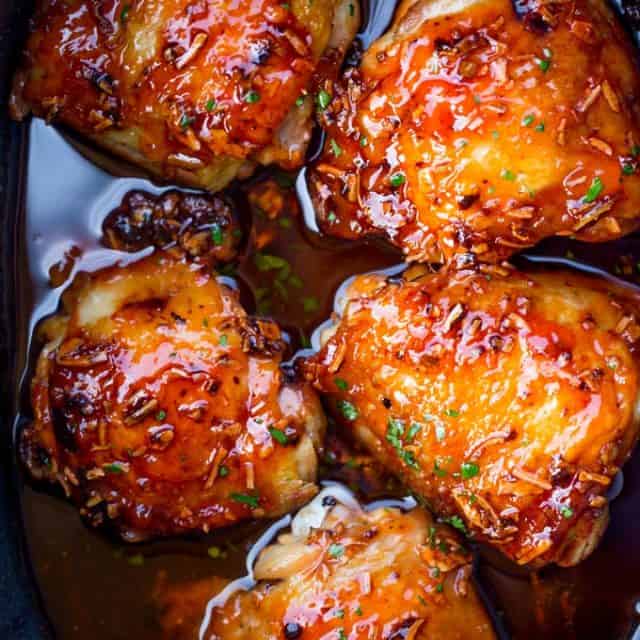 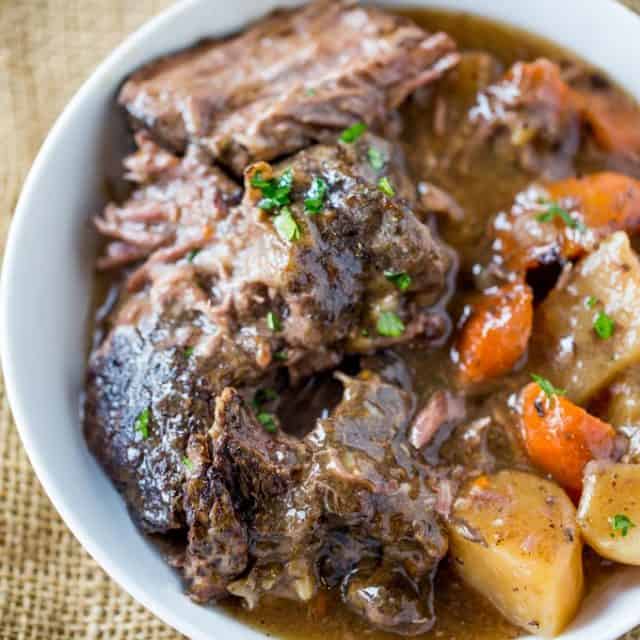 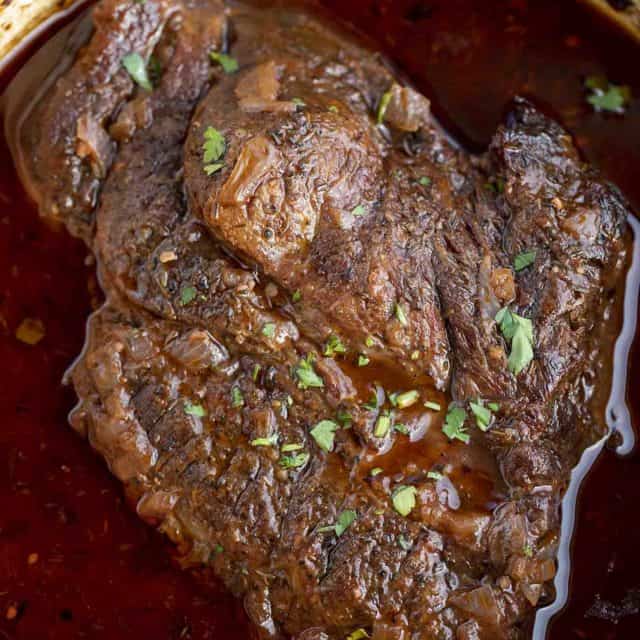