We love using our slow cooker during the fall and winter months because the food that it makes is always so comforting, like our favorite Ultimate Slow Cooker Pot Roast and Slow Cooker Brown Sugar Garlic Chicken which are family favorites. 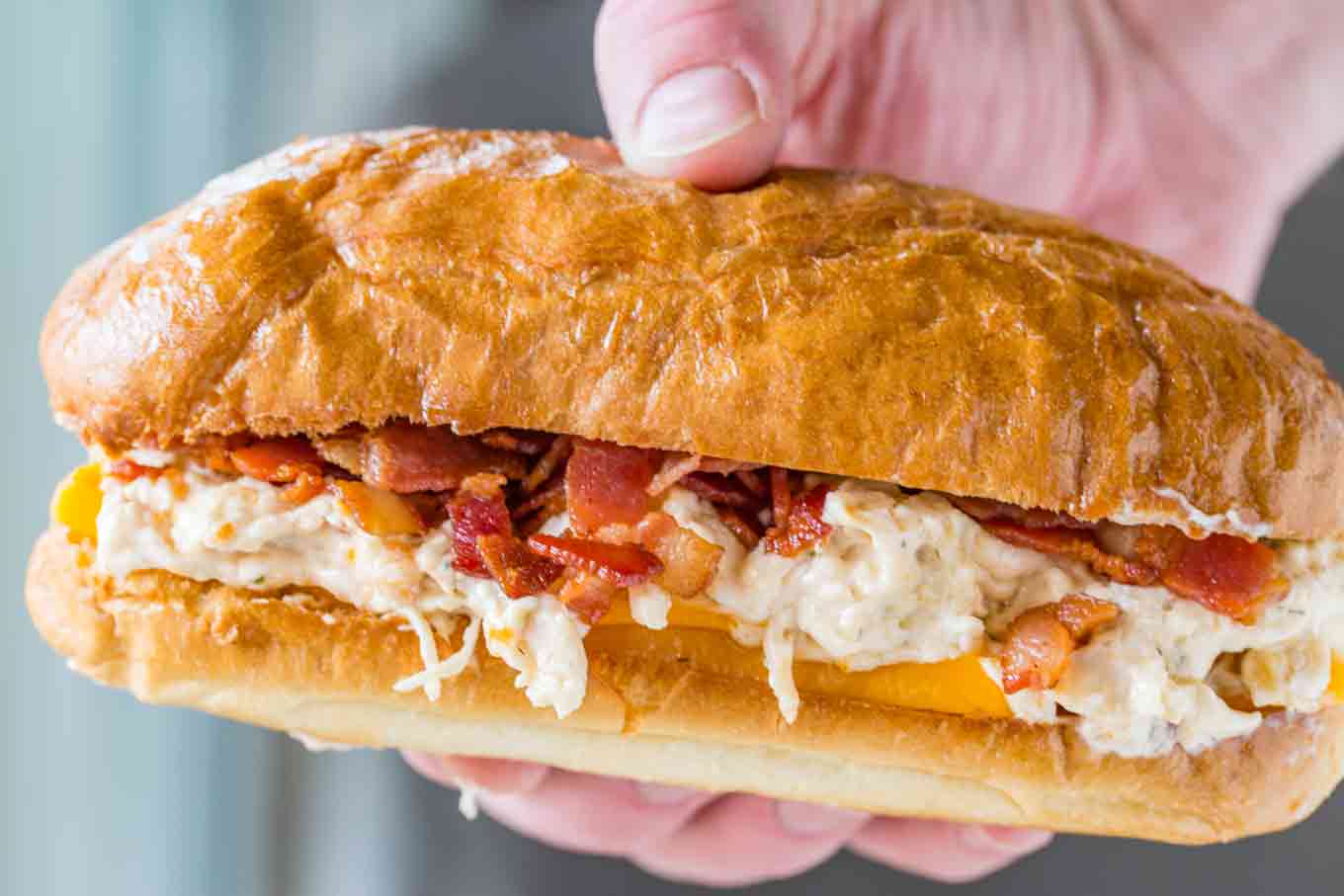 Crack Chicken may not be a term of endearment I’d use for this chicken but it is widely known by the name so we should at least mention it. Let’s refer to it here on out though at Chicken Bacon Ranch Sandwiches, which I don’t know about you but that makes my mouth water.

The process of making this recipe is pretty hands off and fairly similar to the one used in making Buffalo Chicken Dip. The chicken and cream cheese and cheese and seasonings are all added to the slow cooker ahead of time. The only thing you have to add to your sandwich separately is the extra cheddar if you’d like it and the crumbled bacon.

Side Note: I know we’d love a dump and go crockpot crack chicken recipe but there’s no version of this that tastes good where you add the bacon to the crockpot. Just either buy crumbles or know you’re going to cook it off before making the sandwiches for the best flavors. 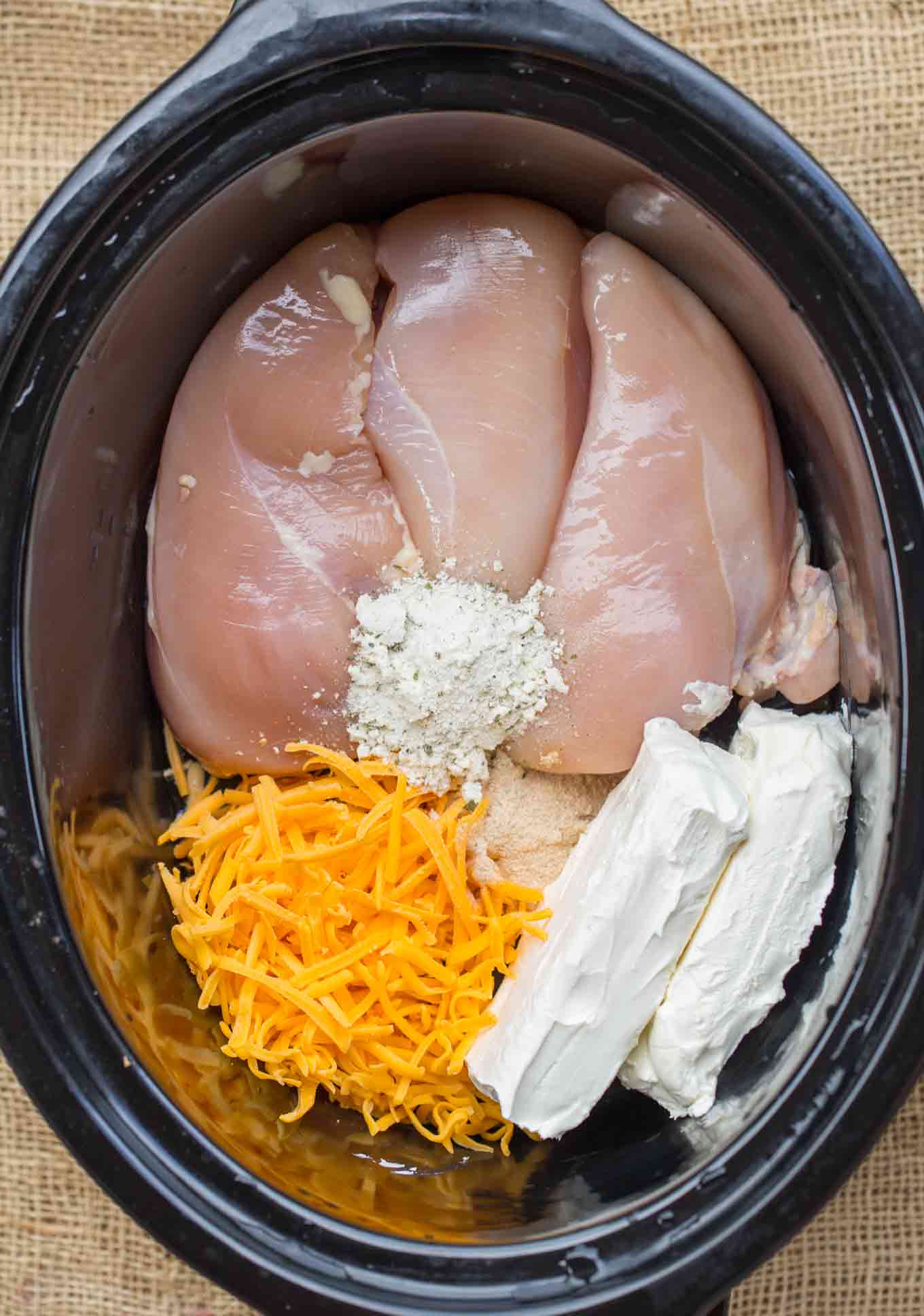 We love slow cooker sandwiches on the site, I’m sure you’ve probably seen them. Here’s some of our favorites!

HOW DO YOU MAKE PULLED chicken SANDWICHES IN THE SLOW COOKER? HERE ARE SOME GREAT TIPS! 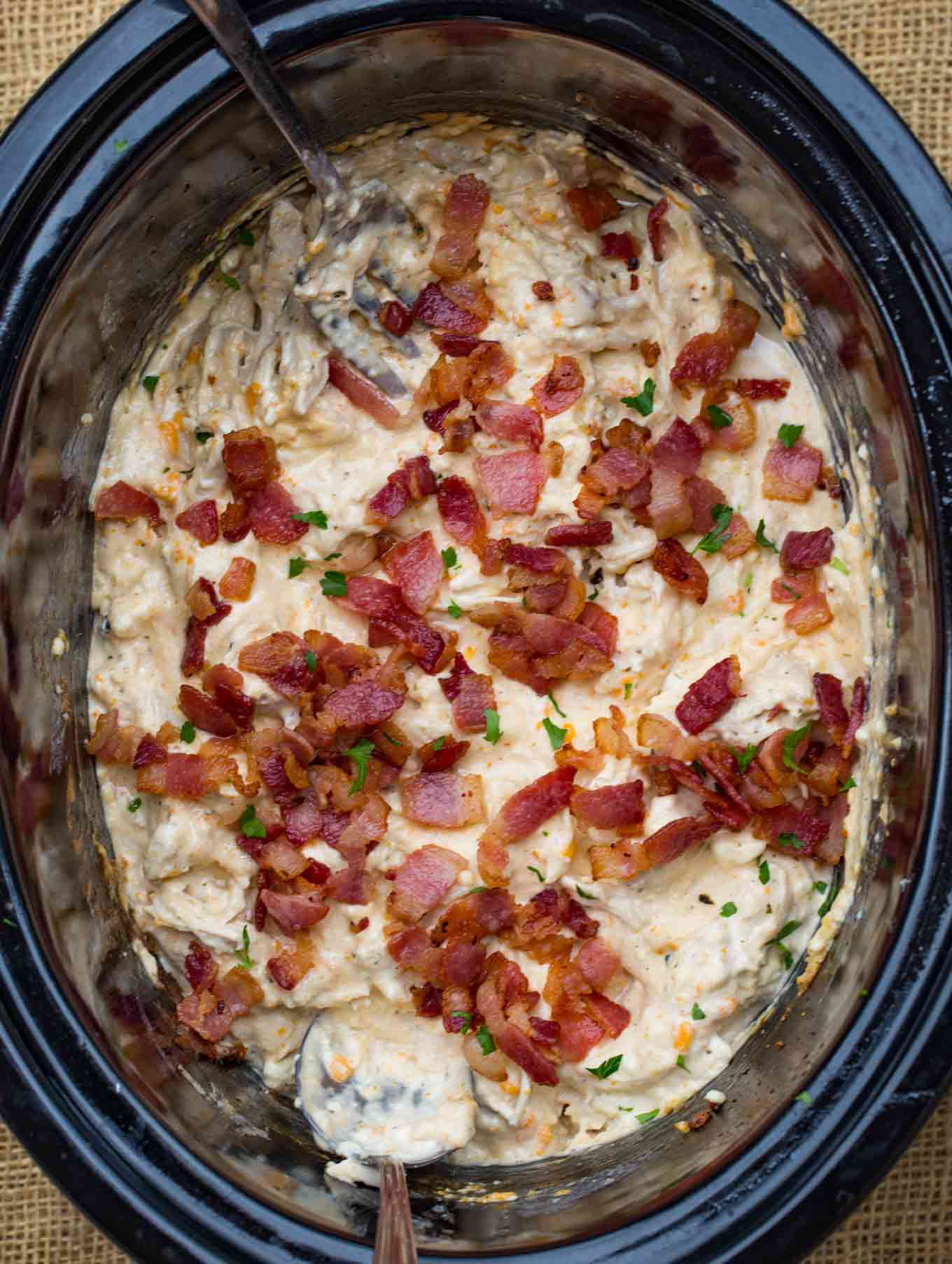