Easy Shrimp Boil is a classic recipe made just ONE POT with andouille sausage, corn, potatoes, and shrimp boiled in a seasoned broth, ready in under 45 minutes!
A seafood boil is the perfect dish for a summer gathering, and if you love this you’ll also love my BBQ Cajun Shrimp, Shrimp and Grits, Shrimp Scampi, Baked Shrimp Scampi and Pesto Shrimp! 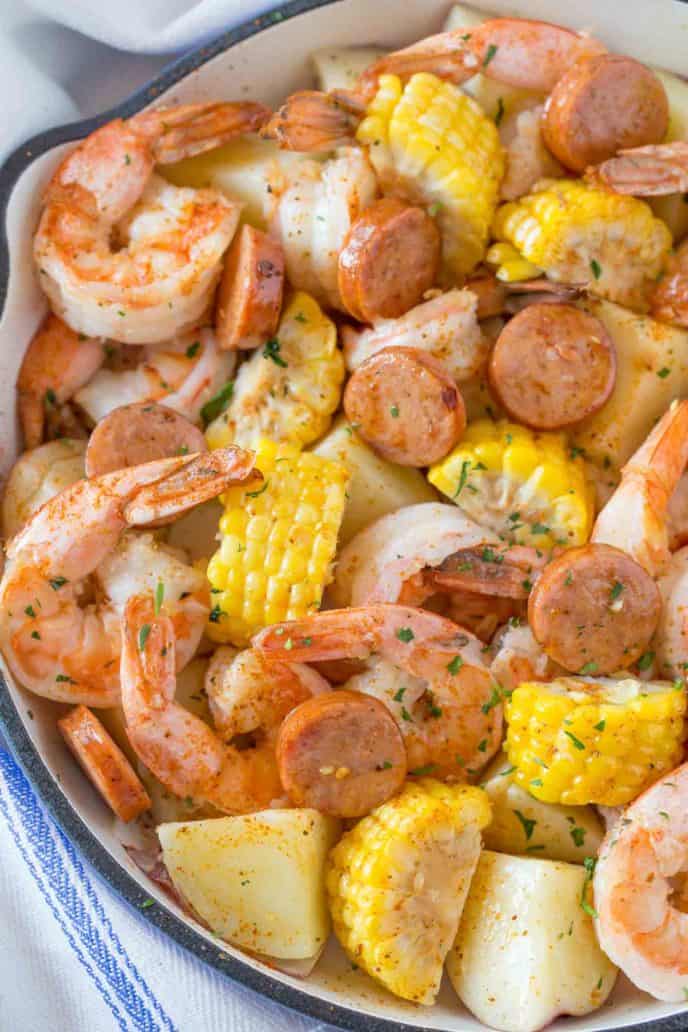 EASY SHRIMP BOIL
Easy Shrimp Boil is the PERFECT recipe made with fresh shrimp, andouille sausage, potatoes, and corn still on the cob. We’re using a homemade seasoning instead of Old Bay seasoning here because it’s quick and easy. You can add crab or crayfish to this shrimp boil recipe if you want to, and I always serve this with plenty of lemon wedges!

WHAT CAN YOU SERVE WITH EASY SHRIMP BOIL?

WHAT IS IN SHRIMP BOIL SEASONING

Shrimp Boil Seasoning can be homemade, or you can use Old Bay Seasoning. Honestly, I like to make the homemade version because I feel like I already have all of these seasonings in my house, and it’s one less thing to buy. For this seasoning you’ll need these spices.

HOW DO I PREP FRESH SHRIMP FOR A BOIL?

For this shrimp boil recipe, we’re leaving the shrimp unpeeled while it cooks. This helps lock in a lot of the juices and flavor, along with the seasoned broth, and makes the shrimp incredibly tender and juicy. You can ask for the shrimp to be deveined when you buy it, too.

HOW LONG SHOULD I BOIL SHRIMP FOR?

Shrimp cooks very quickly, and we’re only boiling it for 3 minutes before adding ice to the broth. If you add the shrimp too soon it will turn out overcooked and rubbery. 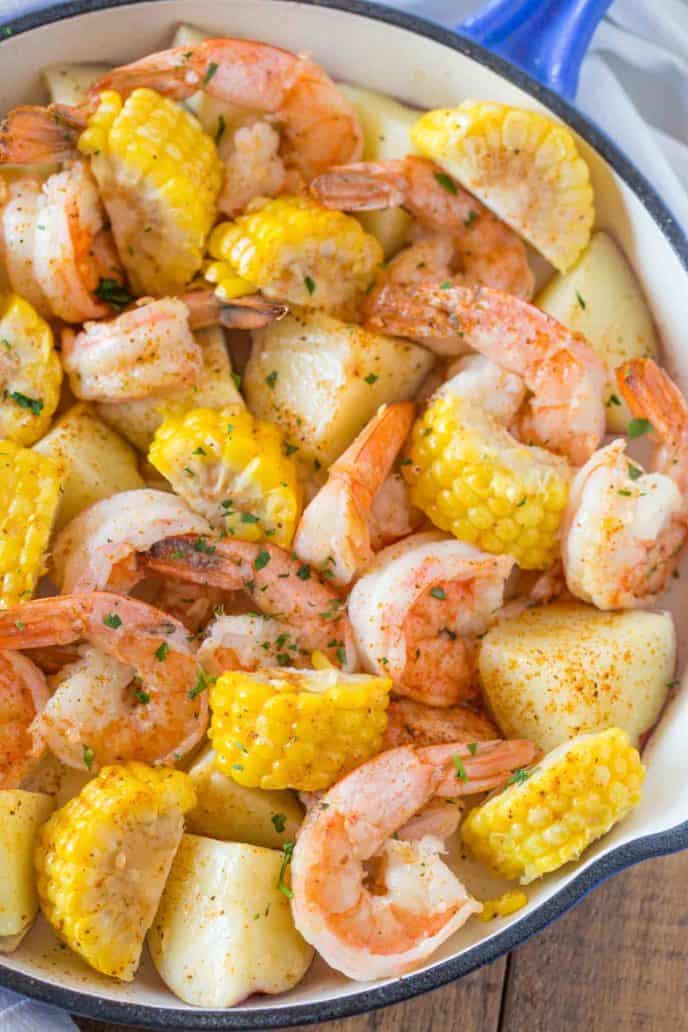 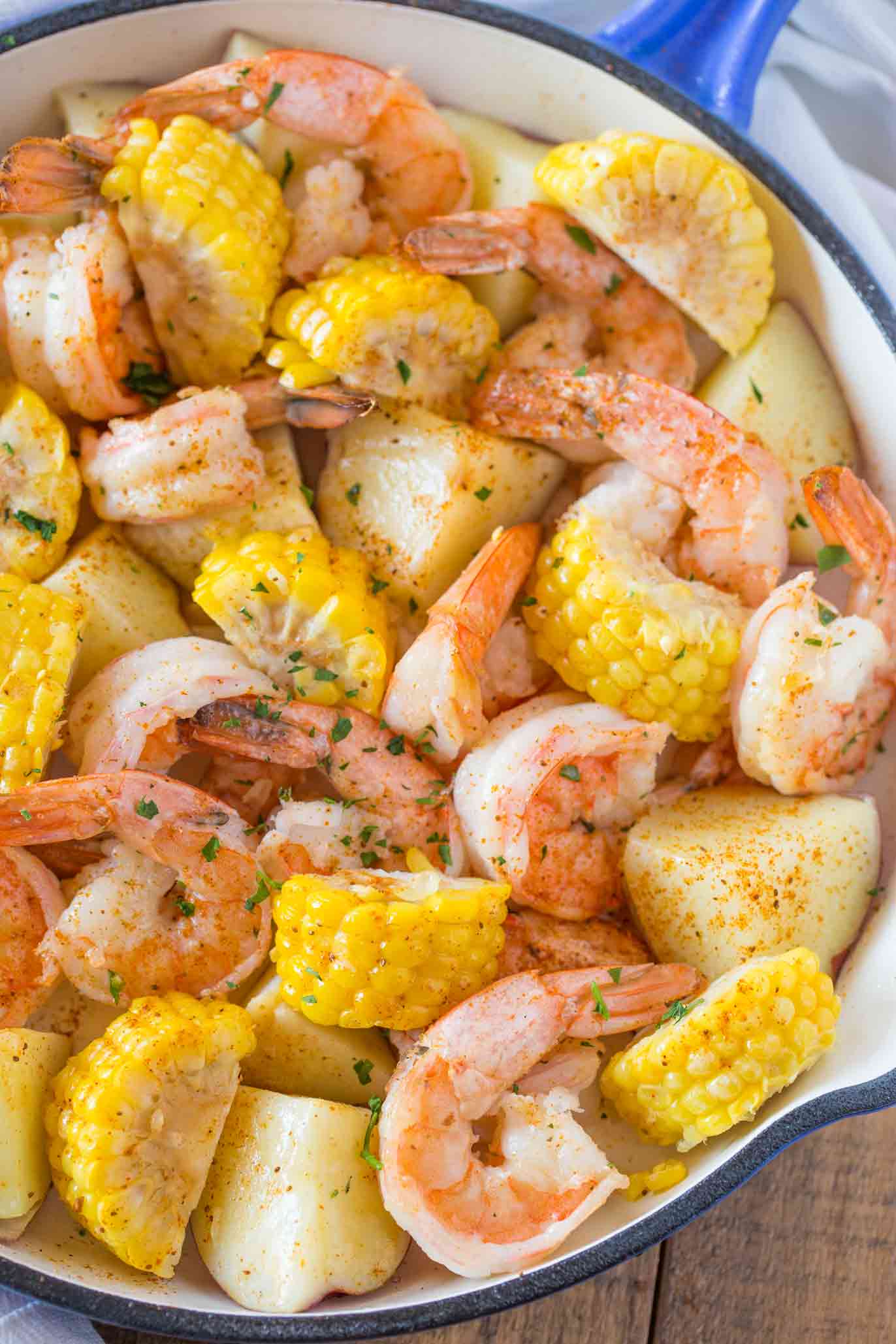 Easy Shrimp Boil is a classic recipe made just ONE POT with andouille sausage, corn, potatoes, and shrimp boiled in a seasoned broth, ready in under 45 minutes!

This is a sponsored post written by me on behalf of Hefty.