Shrimp and Grits is a classic southern dish with a delicious and easy grits recipe topped with a creole shrimp and bacon mixture in just 45 minutes.

Shrimp is a favorite on the site, especially our Classic Fried Shrimp, Shrimp Scampi and Easy Shrimp Stir-Fry which are three of our most popular dishes on the site! 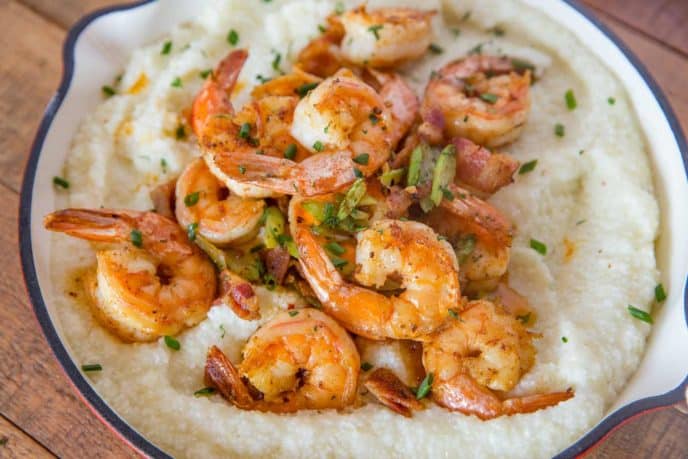 Shrimp and Grits is one of my family’s favorite southern recipes. I mean don’t get me wrong, I’m all for beignets and po boys, but a really great shrimp and grits is a dark horse winner.

It’s creamy, savory grits topped with spicy creole seasoned shrimp and crispy bacon. You can actually enjoy this for breakfast or dinner, depending on your preference. In the southern US, you’ll find it both ways. This is a great recipe to serve for brunch on the weekend, something different from your usual french toast dish!

HOW TO MAKE SHRIMP AND GRITS SOUTHERN STYLE

There are a lot of different ways to make shrimp and grits, most of it coming down to the seasoning and grits recipe. You can use a basic seasoning, or a spicy cajun seasoning depending on what region you’re making this from. You’ll also find recipes where the grits are cooked in milk entirely. A lot of southern grits recipes include cheddar cheese and cream or butter.

Cheesy grits is one of the few times when it is acceptable to mix shrimp and cheese. Here is a really basic southern shrimp and grits.

Mix everything together in a small bowl and save in a closed container at room temperature.

WHAT’S THE DIFFERENCE BETWEEN GRITS AND POLENTA?

Polenta is made from yellow corn and usually has a rougher texture, while grits are white corn (aka hominy) and turn out more creamy in texture.

Just to be clear, you can serve shrimp over either of these and it would be amazing. If I’m using polenta I’ll usually serve this for dinner, and grits would be for breakfast. 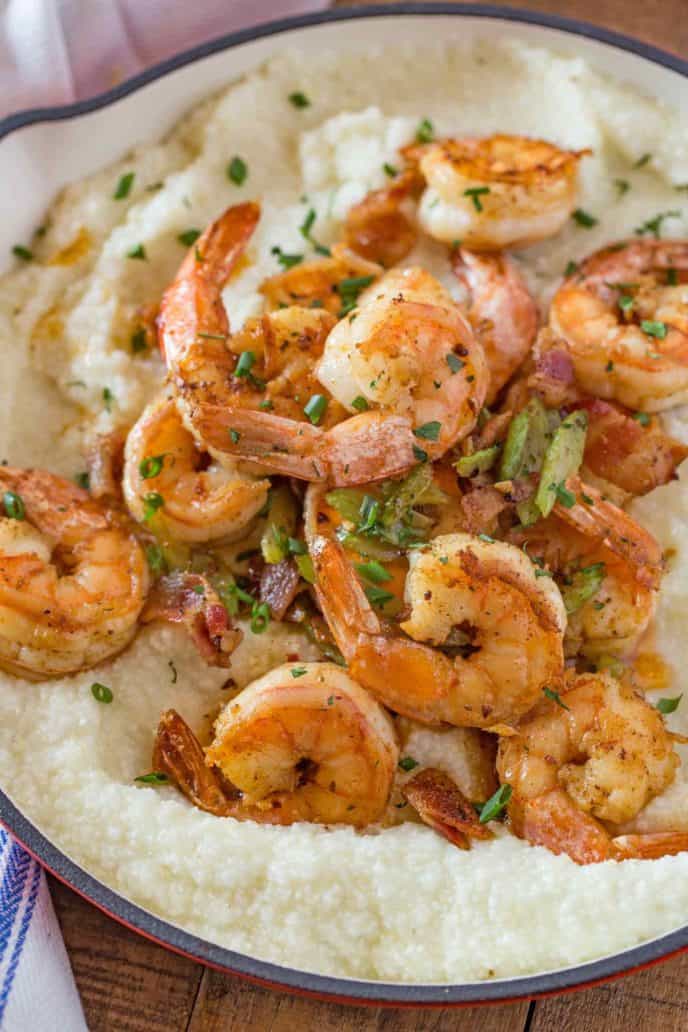 TIPS FOR MAKING SHRIMP AND GRITS 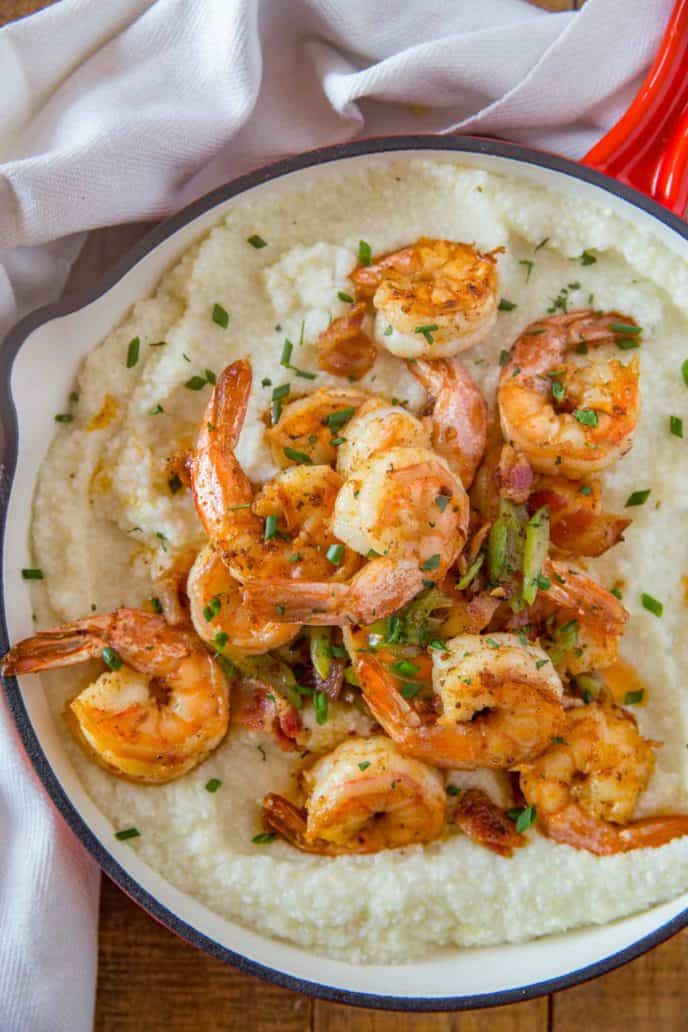 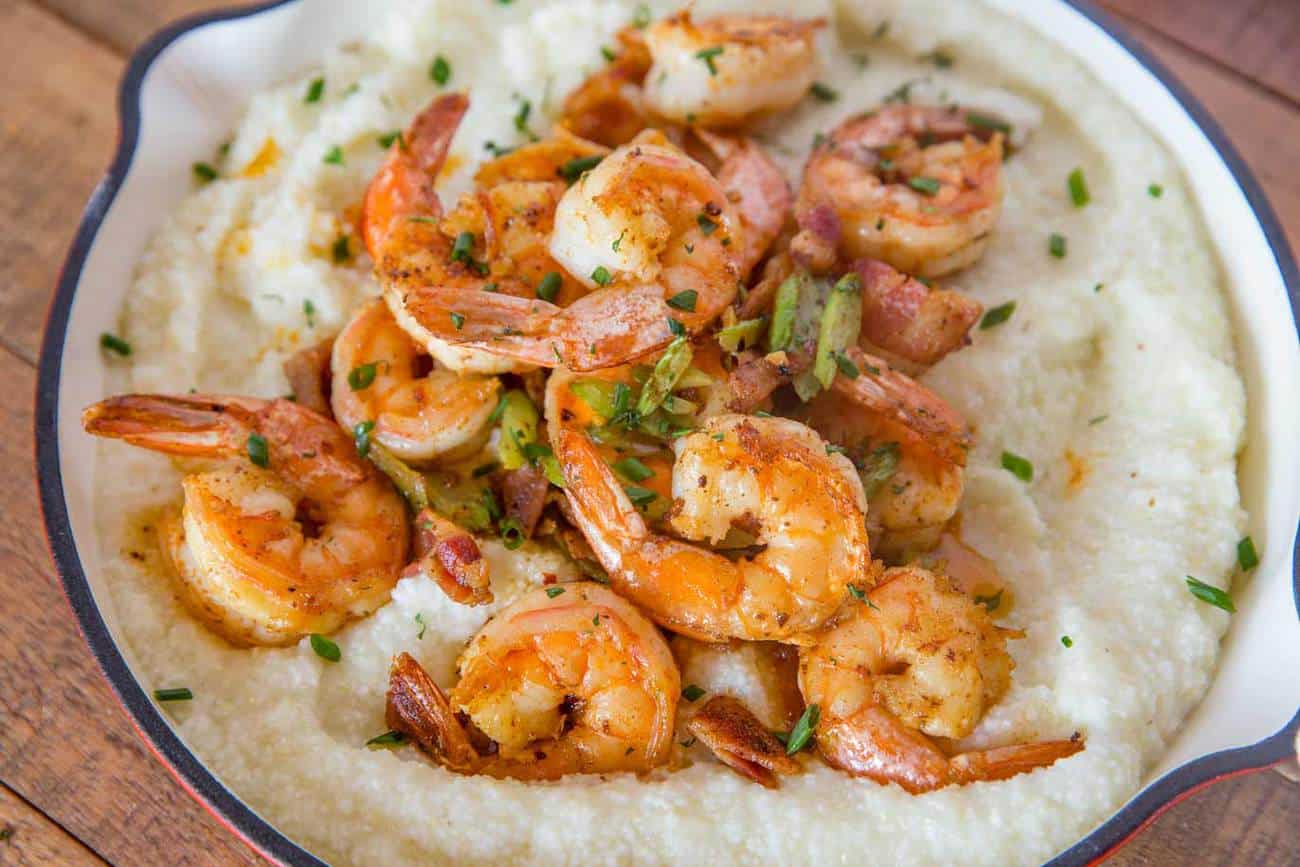