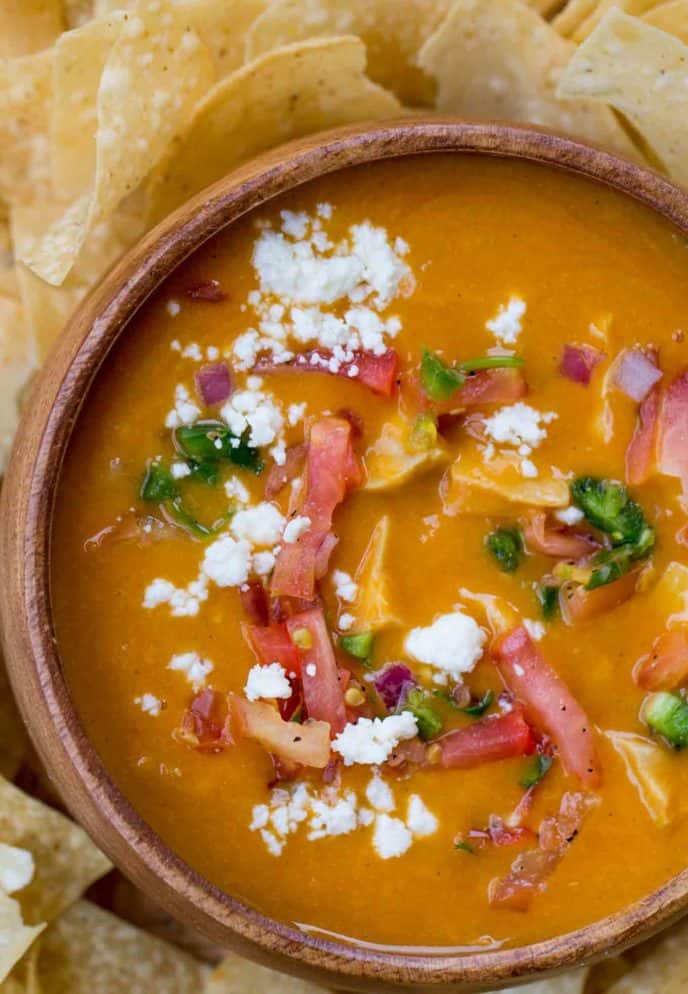 Chicken Enchilada Soup is a delicious, easy soup make with some fun and unique ingredients you’ll love! Unlike most Mexican soups this one doesn’t have a whole bunch of vegetables inside.

In fact the only one in there, onions, sort of disappear into the soup as it cooks. It also has a deliciously thick texture that is from something called masa harina.

I have a bag of masa harina I love using for a bunch of different recipes, but the use of it in this recipe to thicken the soup is a less expensive and easier way compared to the boiling of ground corn tortillas that more authentic enchilada soups use.

If you can’d find the masa harina or if you have corn tortillas and want to use them up, add them to your food processor and process them as finely as you can. They will break down fully in the soup.

What is masa harina? Masa harina is made from dried corn which is soaked in lime and water before being ground into flour. It’s commonly used in the making of tortillas.

First things first, the original version of the recipe calls for masa harina, which can be difficult to find if you don’t have any ethnic grocers nearby. I buy this one at my local store but a good online version is this one although admittedly more expensive. 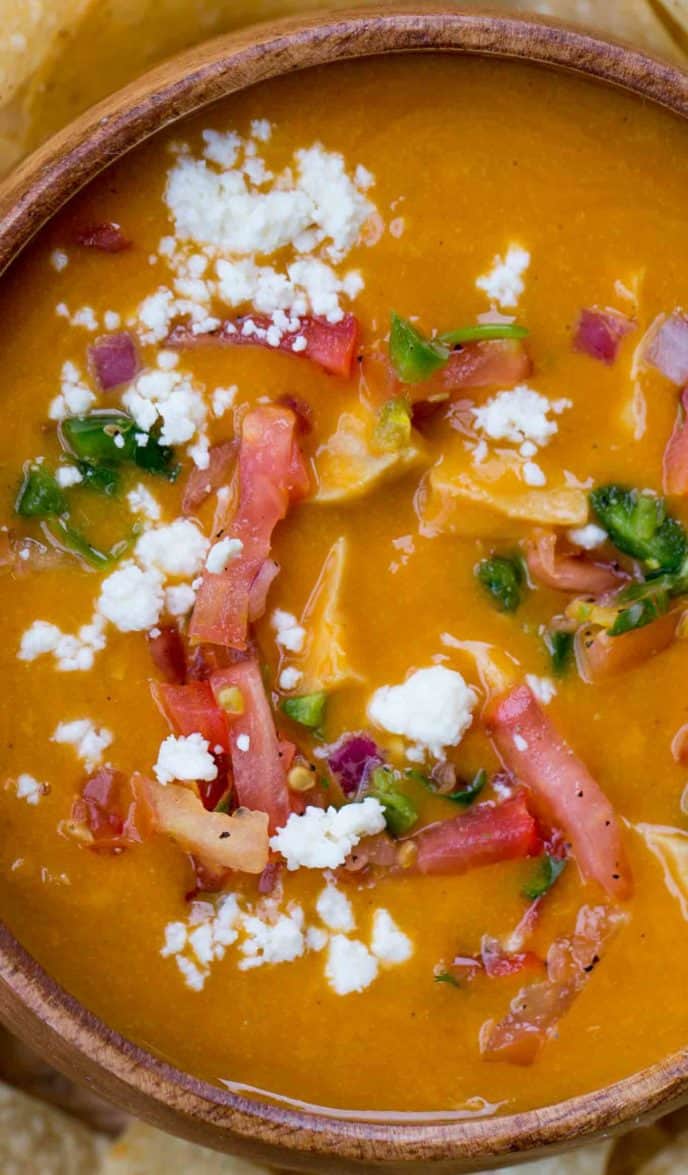 Some tips for making this easy enchilada soup: 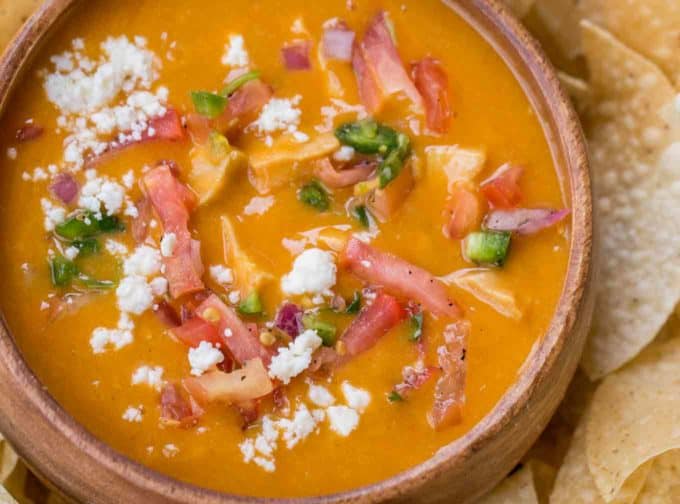 Tools used in the making of this Chili’s Chicken Enchilada Soup:
Chicken Base: I almost never buy boxes of broth because I keep the beef, chicken and vegetable version of this Better Than Bouillon.
Dutch Oven: Great for soups or braised meats and the lid is actually a frying pan. 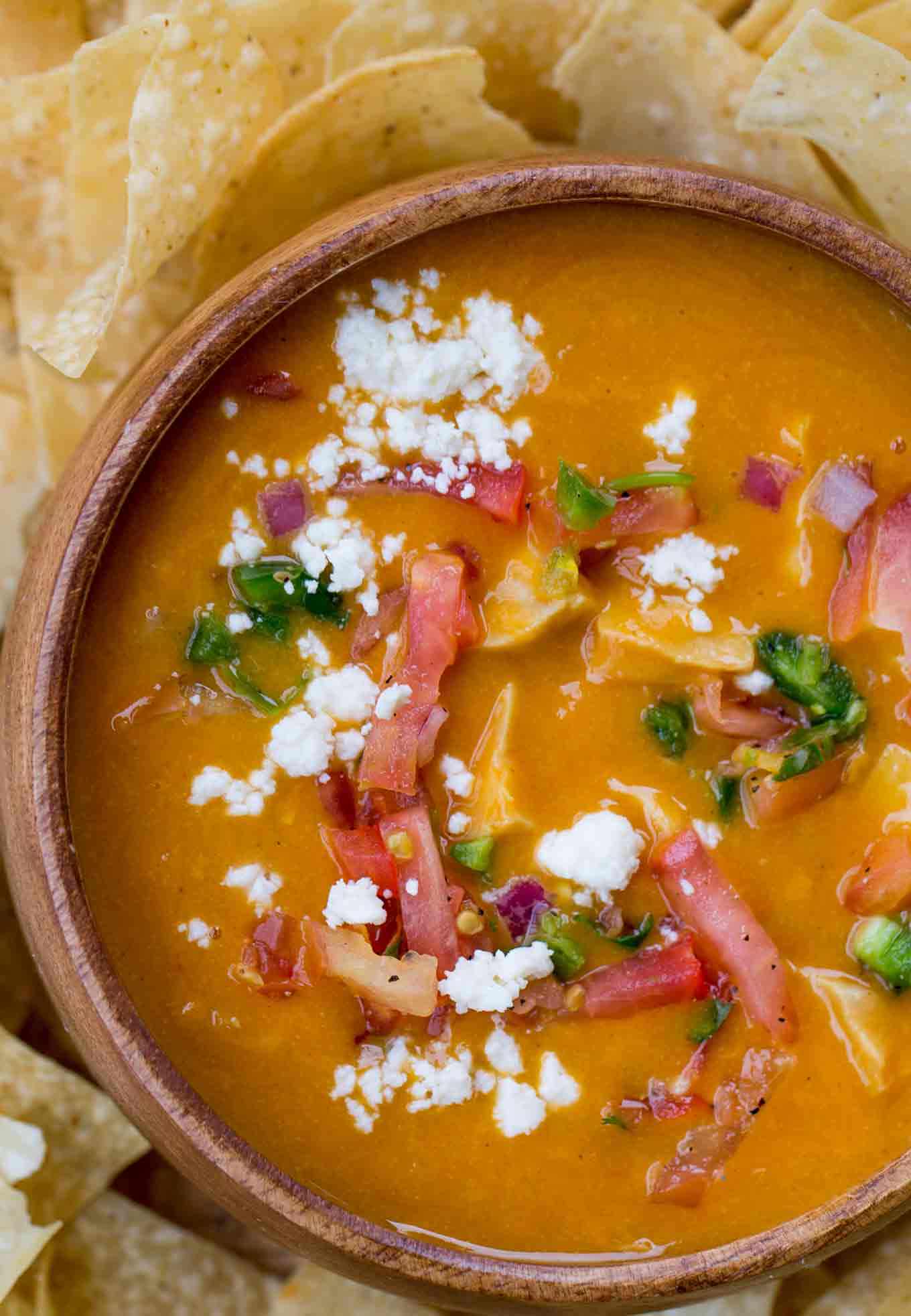 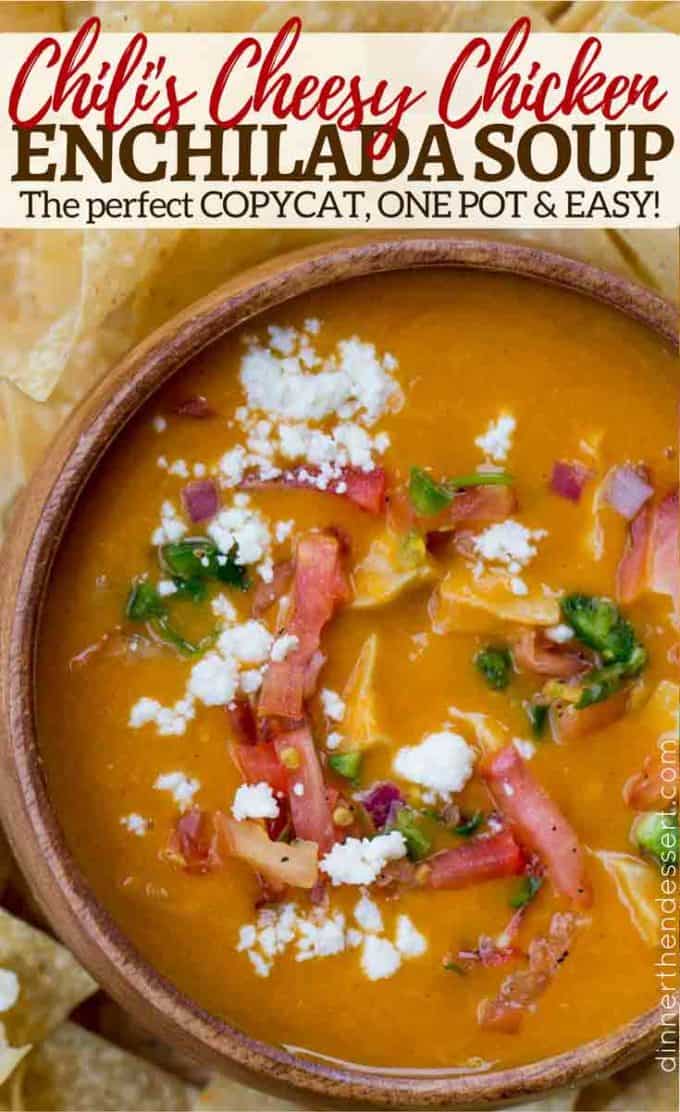