Chicken Saag is a classic Indian curry Chicken recipe with Spinach and cream that is stewed together until thick and creamy in under an hour.

Indian Food is one of my favorite new sections on the blog, including favorite recipes like Chicken Tikka Masala and Easy Tandoori Chicken. 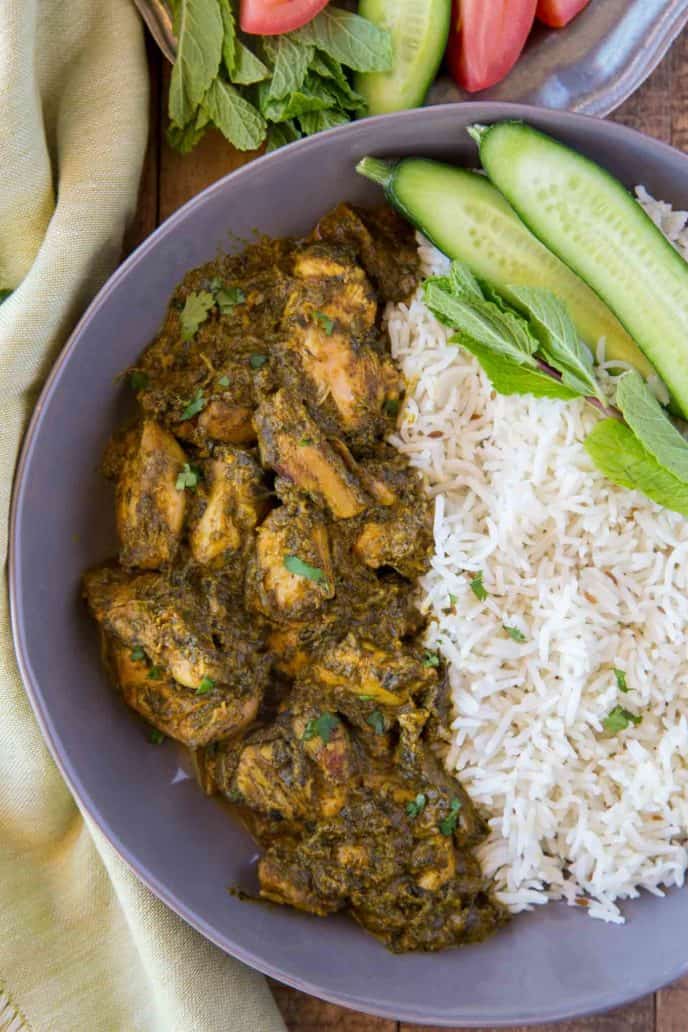 I recently made Saag Paneer on the blog a few weeks ago and since then I’ve gotten a lot of requests for a chicken version. Good news was that I already had one ready to share and it’s absolutely delicious!

What to serve with Chicken Saag? We love to serve Chicken Saag over cilantro basmati rice with naan bread. If we add a bit of heat from chilis then a cool raita also helps round out the dish. 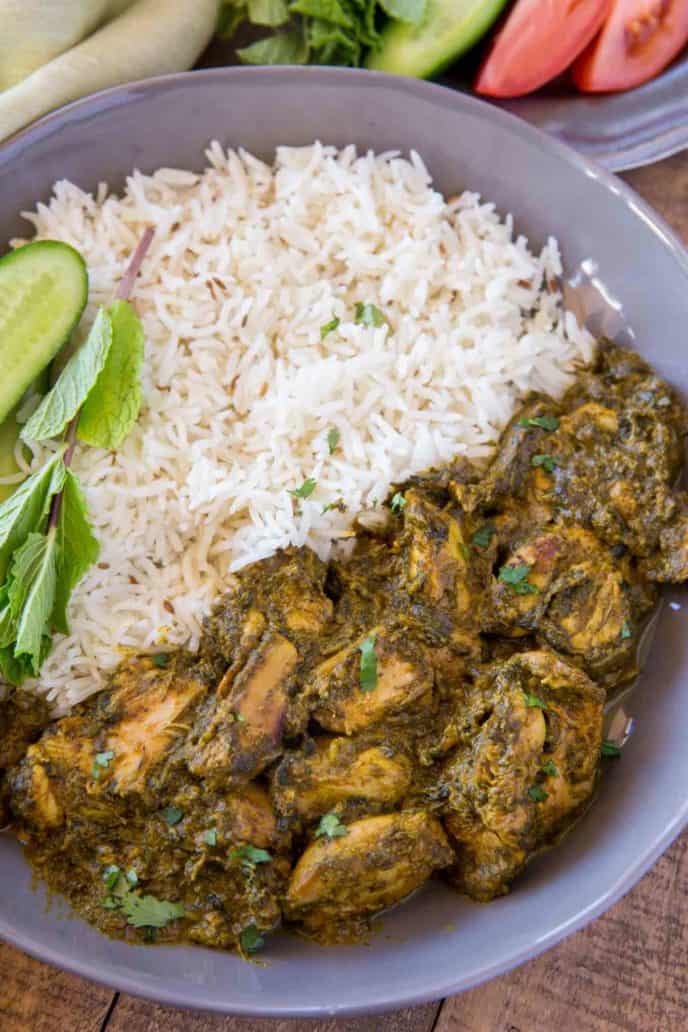 Can you make Chicken Saag in the slow cooker?

Yes, once you’ve browned the chicken and onions, add all the ingredients (except the sour cream) into the slow cooker and cook on low for 5-6 hours. In the last half hour add in the sour cream, stir well and serve once the mixture comes up to a simmering temperature.

What is in a Saag?

Saag is a classic Indian dish classically made with paneer or chicken covered in spinach, mustard leaves, kale or turnip greens and spices.

Because of these delicious greens that are used in making saag, many people feel that saag is a healthy dish. Just remember we are also using butter and heavy cream, so there are still calories and fat in the dish. The greens are anti-inflammatory and full of fiber so this dish is an easy way to get veggies into the diet of someone who normally doesn’t like to eat vegetables.

What kind of chicken is best in Chicken Saag?

We use chicken thigh chunks in this recipe because the meat is sautéed then simmered along with other vegetables and spices and liquids. As chicken thighs simmer for 15-20 minutes they become more tender. If we used white meat chicken the chicken would become very tough and dry.

Can you make this Chicken Saag vegetarian? Yes, make my Saag Paneer instead! 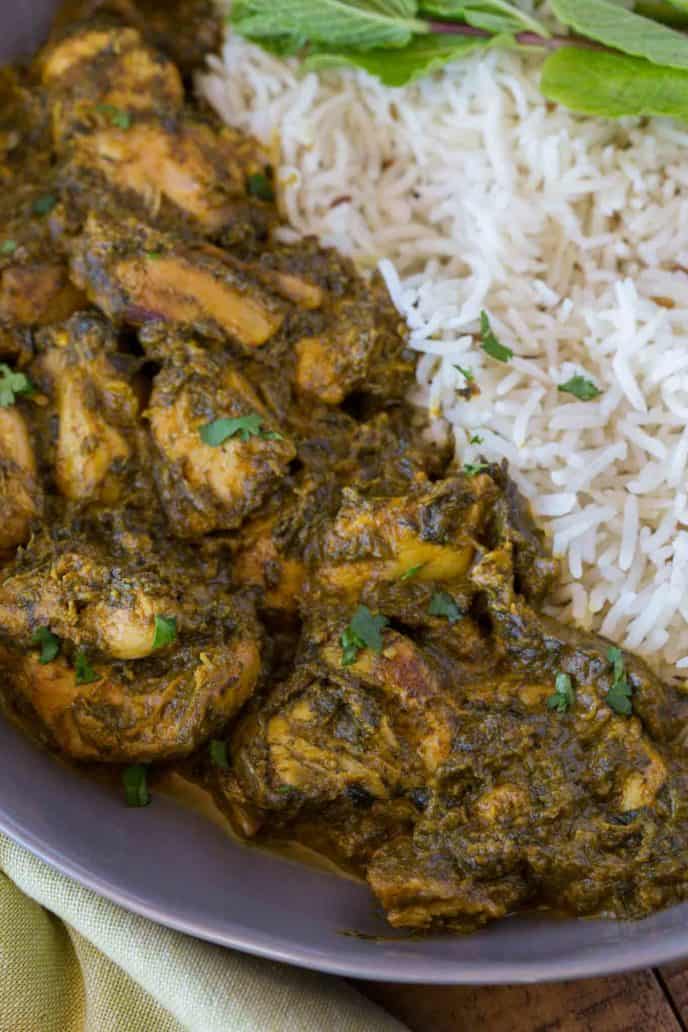 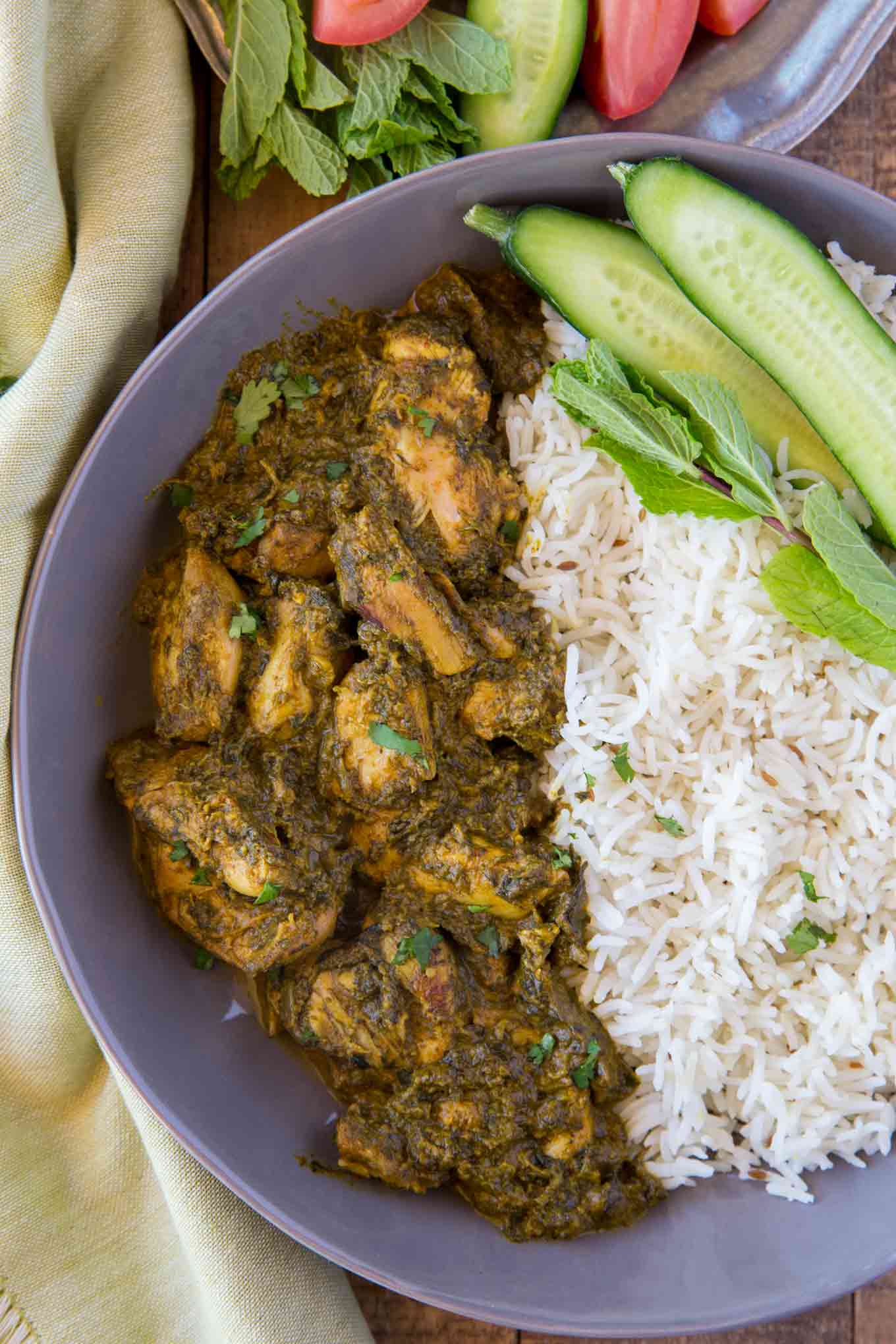 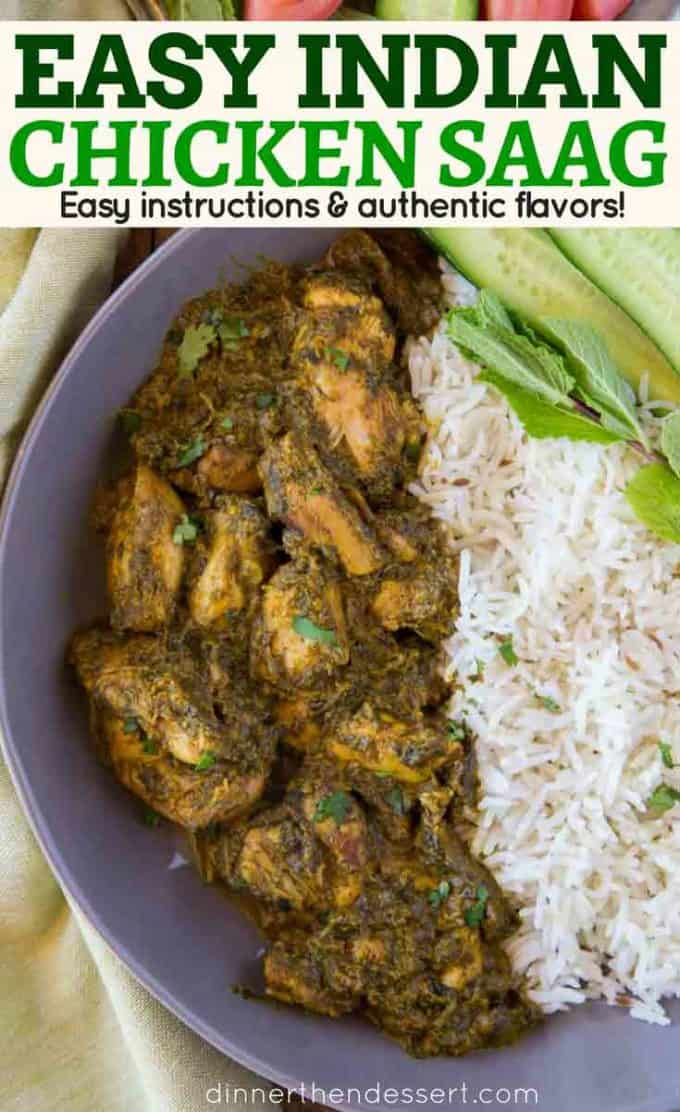