Saag Paneer is a classic Indian curry spinach recipe with paneer cubes which are stewed together until thick and creamy with coconut milk in under an hour.

Indian Food is one of my favorite new sections on the blog, including favorite recipes like Chicken Korma, Vegetable Biryani, Chicken Tikka Masala and Easy Tandoori Chicken. 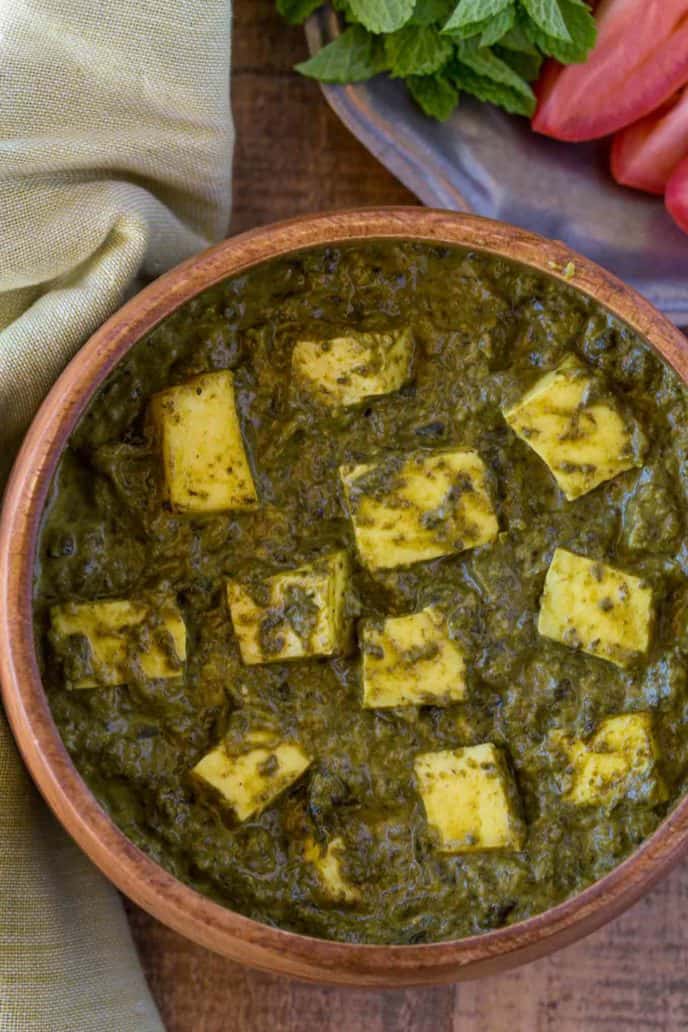 Saag Paneer is actually a dish I wasn’t interested in trying at first based only on the looks of the dish. It wasn’t visually appealing and the beautiful red/orange/coral colors of many Indian dishes are so much more beautiful I actually hesitated even bringing it to the blog at all. But, it is DELICIOUS.

Delicious in my book trumps pretty, so here it is in its cube and green sauce glory. But a bite or two served over some rice and you, my friend, will be in heaven. The warm curry spices, the creaminess of the coconut milk and spinach cooked down to a luxuriously rich sauce.

I’m not even sad I used paneer in this dish even though my husband lobbied for halloumi. We are complete suckers for halloumi cheese because you can toss slices into a skillet and brown them without melting them. Its like the delicious edge cheese on a quesadilla, but its ALL edge cheese.

The paneer actually works better in this recipe though as its a softer texture. Since halloumi tends to be more rubbery it would be a bit off putting here.

What is in Saag Paneer?

Saag Paneer is a classic Indian curry spinach (or other bitter greens) recipe with lightly browned paneer cubes which are stewed together until thick and creamy with coconut milk in under an hour.

What is the difference between Palak paneer and Saag Paneer?

Palak is punjabi for “spinach” so Palak Paneer means Spinach Paneer while Saag Paneer can stand for any number of greens that are normally used in a saag preparation including spinach, mustard, kale, turnip…etc. 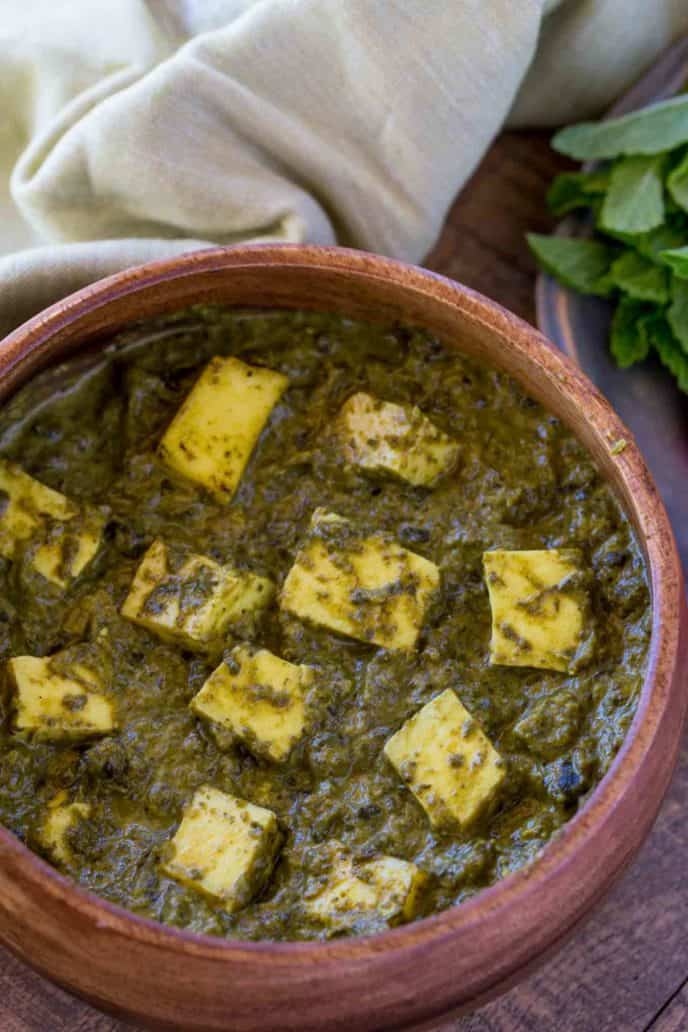 What is in a Saag?

Saag is a classic Indian dish classically made with paneer or chicken covered in spinach, mustard leaves, kale or turnip greens and spices.

Is paneer cheese similar to halloumi?

While both are Indian Cheeses that may at first look similar, paneer cheese is more crumbly with a saltier and wetter texture while halloumi cheese is firm, slightly rubbery and browns very well in a pan without melting.

What to serve with Saag Paneer? We love to serve Saag Paneer over cilantro basmati rice with naan bread. If we add a bit of heat from chilis then a cool raita also helps round out the dish. 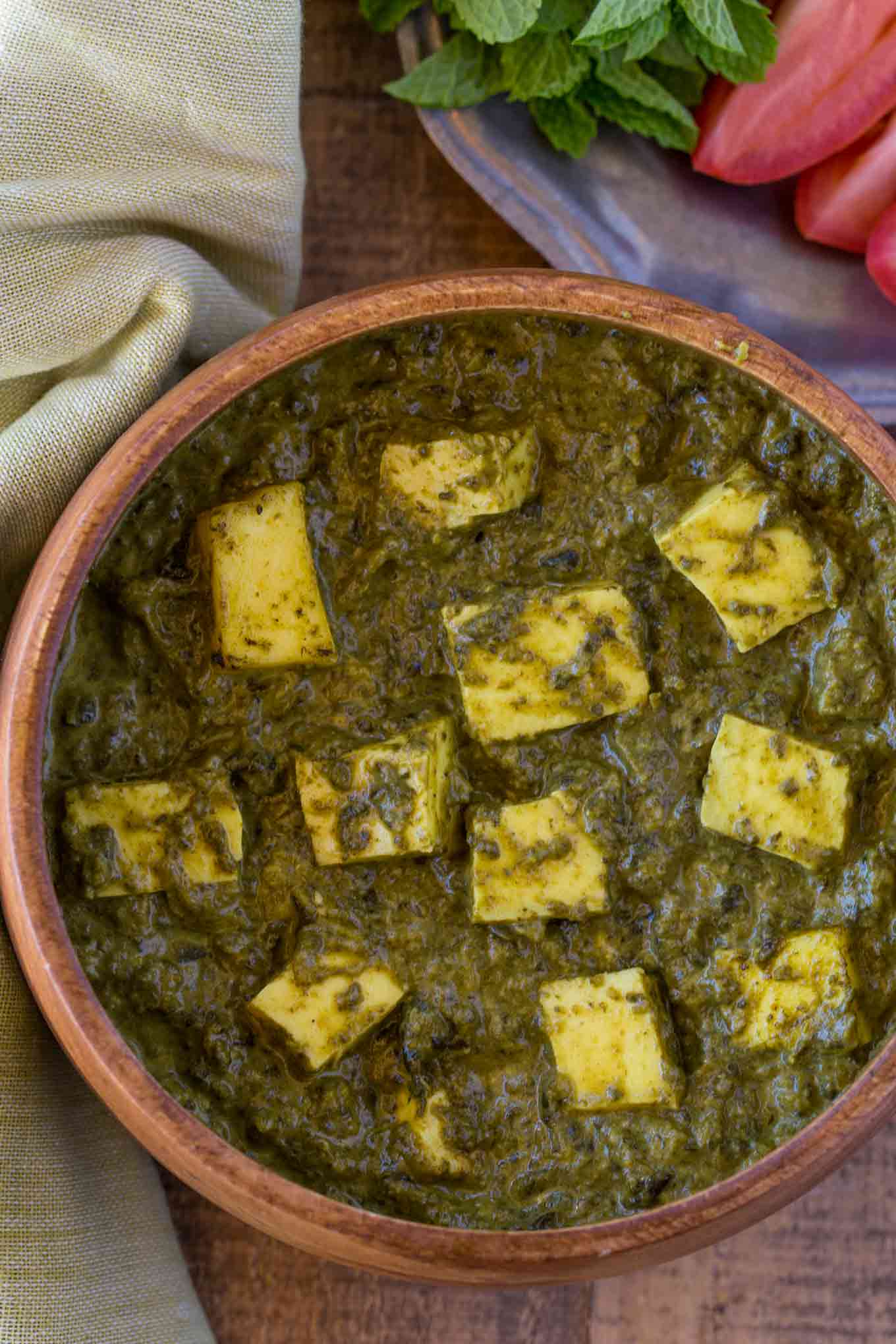 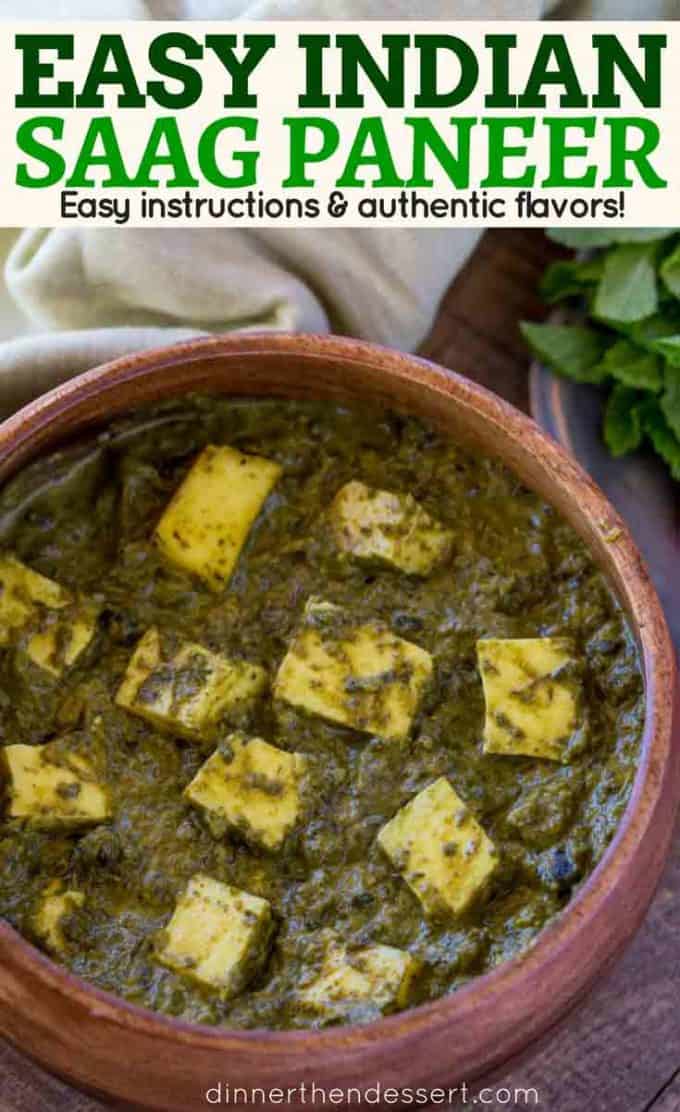