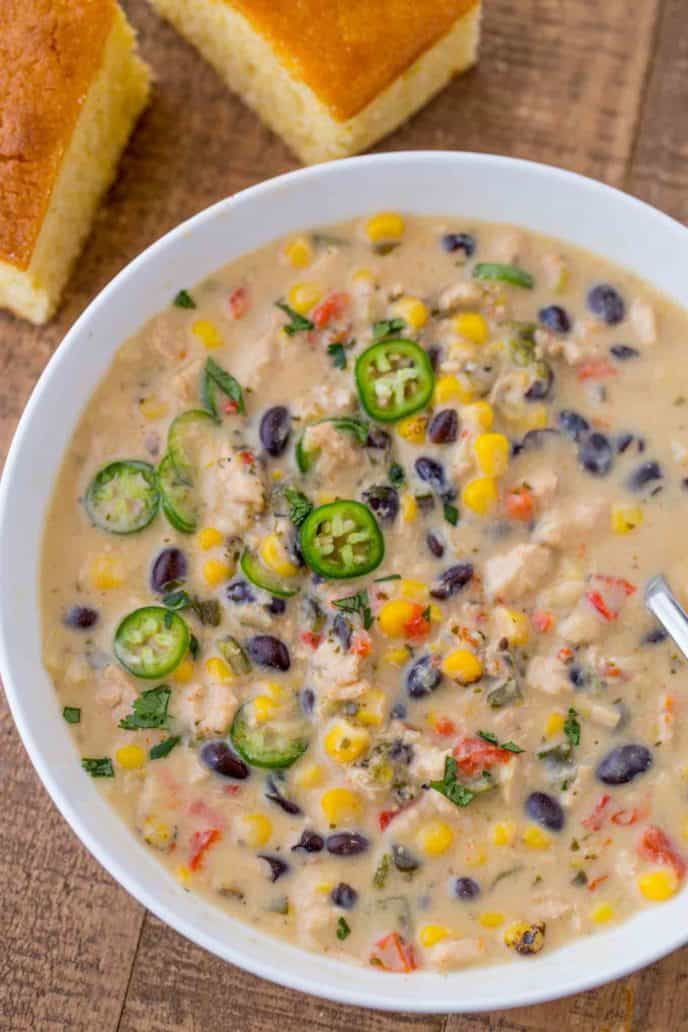 Creamy Chicken Poblano Pepper Soup is a hearty soup perfect for your winter dinners or even in the summer served in bread bowls.

For an added shortcut and flavor I use the fire roasted corn from Trader Joe’s and canned beans.

If you find you want to cut down on some of the fat in the dish I’ve also successfully skipped the flour/butter mixture in favor of putting 2 corn tortillas in the food processor and adding the crumbs to the soup to help give it a thicker texture.

To add acidity and balance to the soup I use lime juice, but I also love serving the soup with additional lime wedges. Sometimes we also sprinkle on some lime zest and serve the soup with crumbled chips or sour cream on top. 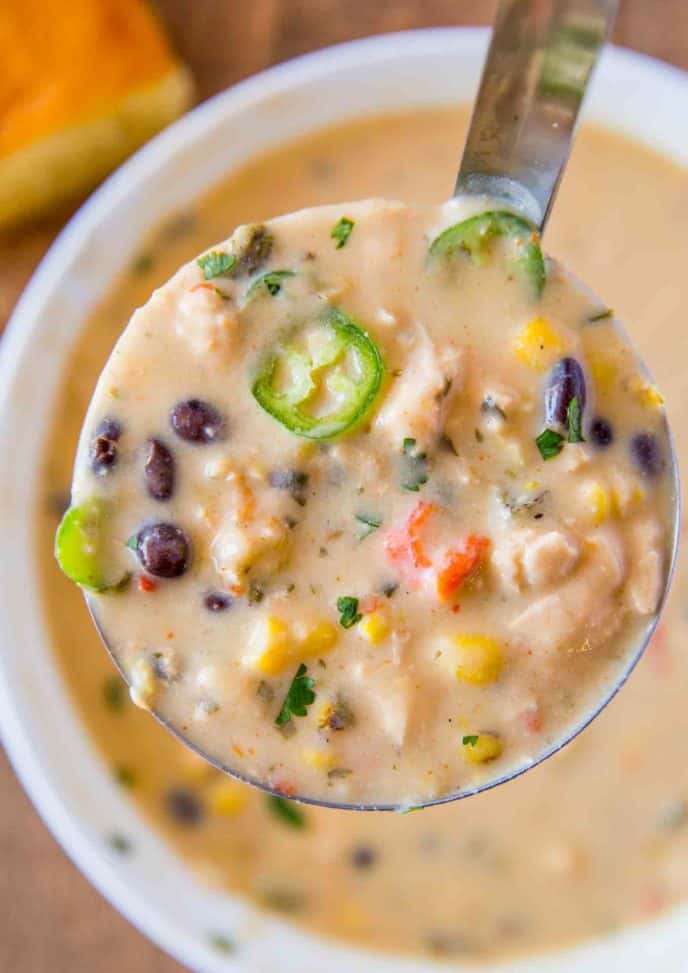 Make the soup only leaving out the cream at the end. Freeze in small portions. When reheating, heat on a medium heat and when the mixture is just below a boil add in the cream to finish the soup and garnish as desired. 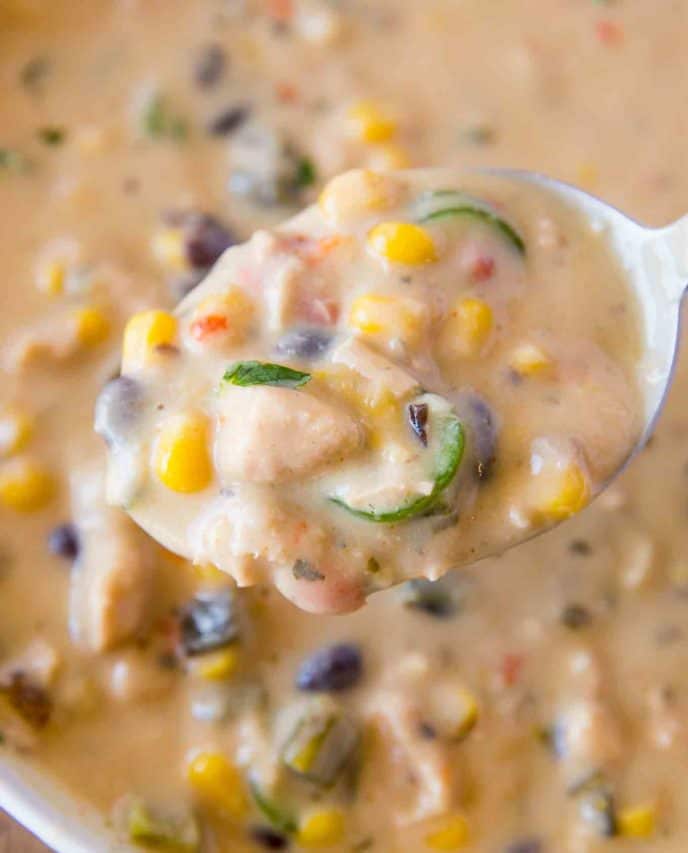 Add the ingredients to the slow cooker (roast the peppers if you can, leave chicken raw – use boneless/skinless) except for the butter, flour and heavy cream. Add in 4 corn tortillas (that have been processed into crumbs) in place of the butter and flour and leave the heavy cream/half and half out until the final 15 minutes. 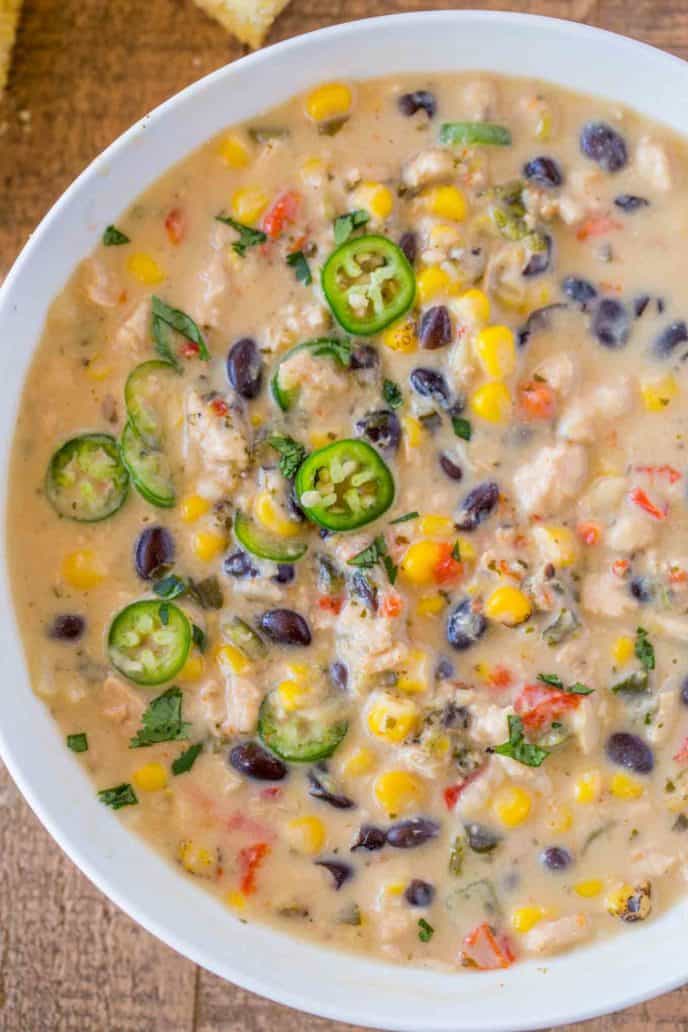 Tools used in the making of this Creamy Chicken Poblano Pepper Soup:
Chicken Base: I almost never buy boxes of broth because I keep the beef, chicken and vegetable version of this Better Than Bouillon.
Dutch Oven: Great for soups or braised meats and the lid is actually a frying pan. 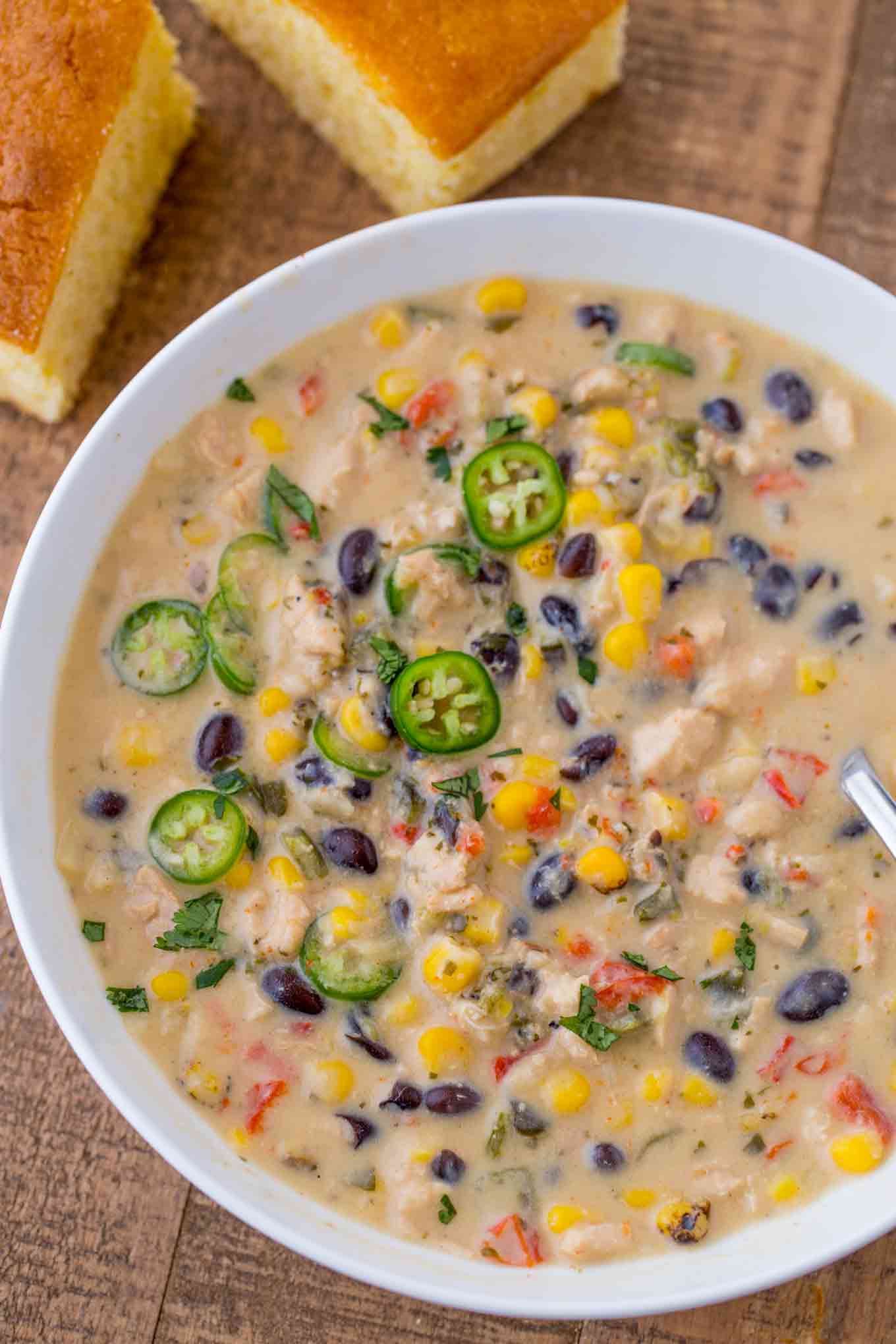 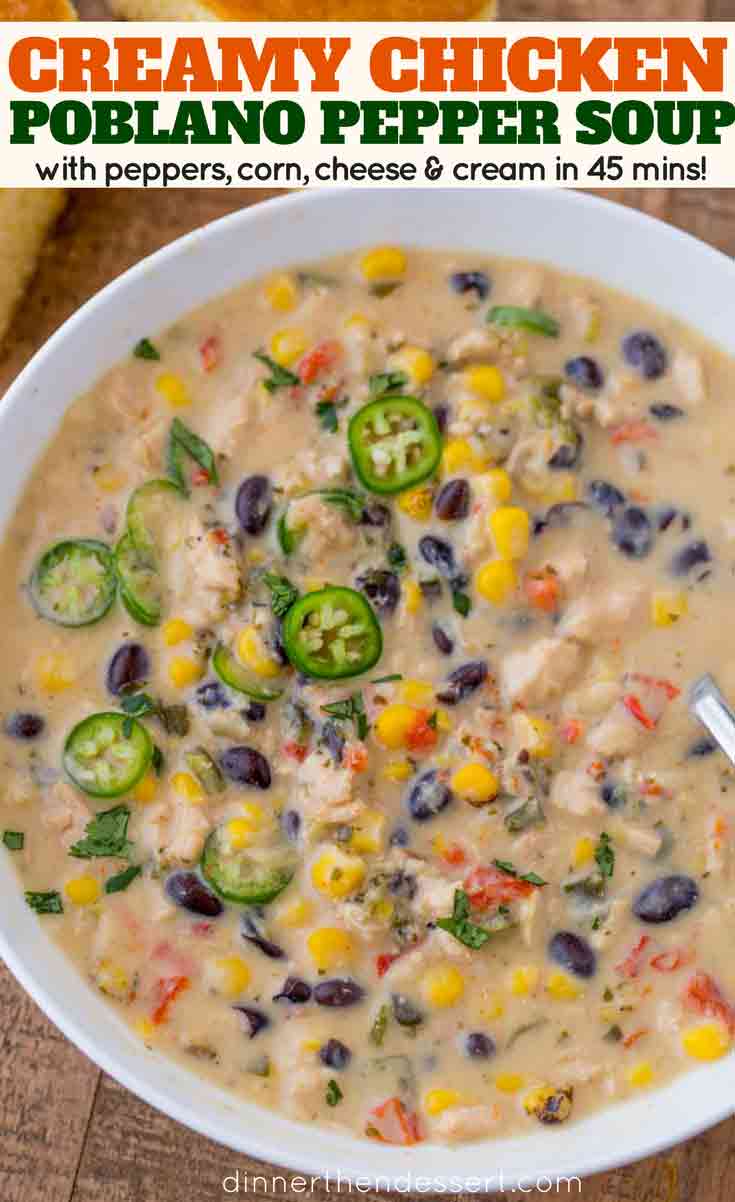