Bread Pudding is the PERFECT old fashioned dessert for the holidays made with day old bread, half and half, sugar, and vanilla, and only takes 45 minutes to bake!

We know how important finding the perfect dessert is once the holidays come around, and we’re prepared this year with Ultimate Apple Crisp, Award Winning Gingerbread Cookies, and Classic Gingerbread Cake! 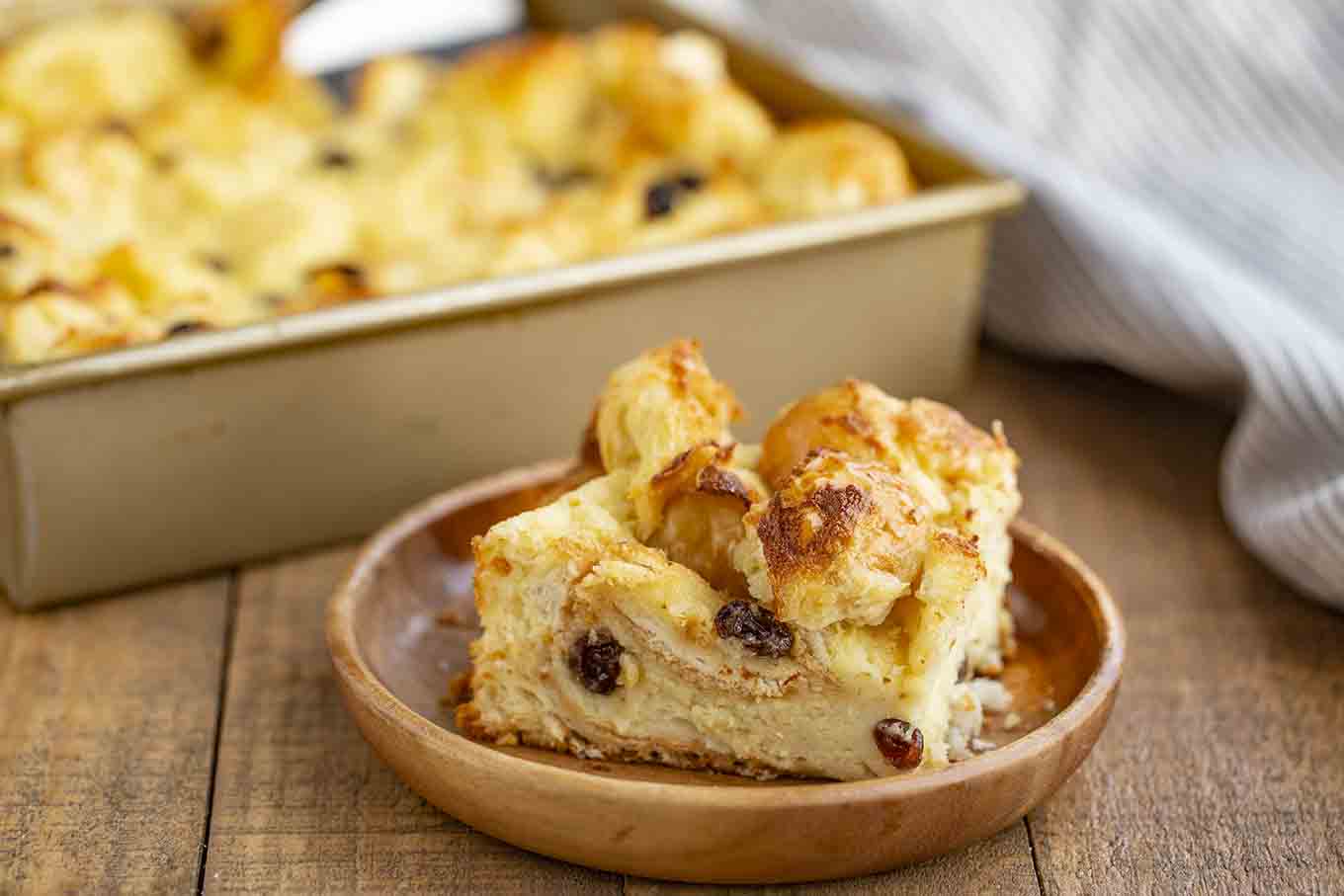 Bread Pudding is an old fashioned dessert that always makes it way to our table on the holidays. It’s made out of cubed bread with a sweet vanilla half and half and egg custard. You can serve bread pudding topped with a sauce, like my vanilla sauce (pictured below) or praline sauce (recipes below).

One of the things I love about this dish is that you can make it all in one bowl, then pour into a baking dish and bake. It’s REALLY simple to make, and tastes like heaven in a bowl.

You can add more flavor to your pudding with things like chocolate chips, a drizzle of caramel sauce, or a teaspoon of cinnamon and a dash of nutmeg. This bread pudding recipe is more traditional with raisins.

The first time I made this, I served it for dessert at a Christmas party and it was gone within minutes! Plus it’s the perfect way to use up leftover bread from the night before.

WHAT IS THE BEST BREAD FOR BREAD PUDDING?

This bread pudding recipe works really well using challah bread or old hamburger buns. You can also use french bread or brioche. What you’re looking for is a bread that will hold up to the custard mixture without dissolving, similar to when you add broth to stuffing.

HOW DO YOU DRY BREAD FOR BREAD PUDDING?

The easiest way is to leave the bread out the night before and let it get a little bit stale. If you’re more pressed for time, cut the bread into cubes and lay them out on a baking sheet.

Preheat oven to 350 degrees F, then toast the bread in the oven for 10-15 minutes. Let it cool before adding it to the bread mixture.

CAN I MAKE BREAD PUDDING AHEAD OF TIME?

You can make this old fashioned bread pudding ahead to save you time later. Just bake the pudding, then let it cool completely before wrapping it tightly and refrigerating. Then when you’re ready, uncover and move the baking dish back to the oven for 15-20 minutes at 350 degrees F.

You can also prep bread pudding the day before and refrigerate before baking, then cook it when you’re ready. This actually helps the recipe, because it gives the bread cubes a chance to absorb the moisture and flavor, a key step to real old fashioned bread pudding. 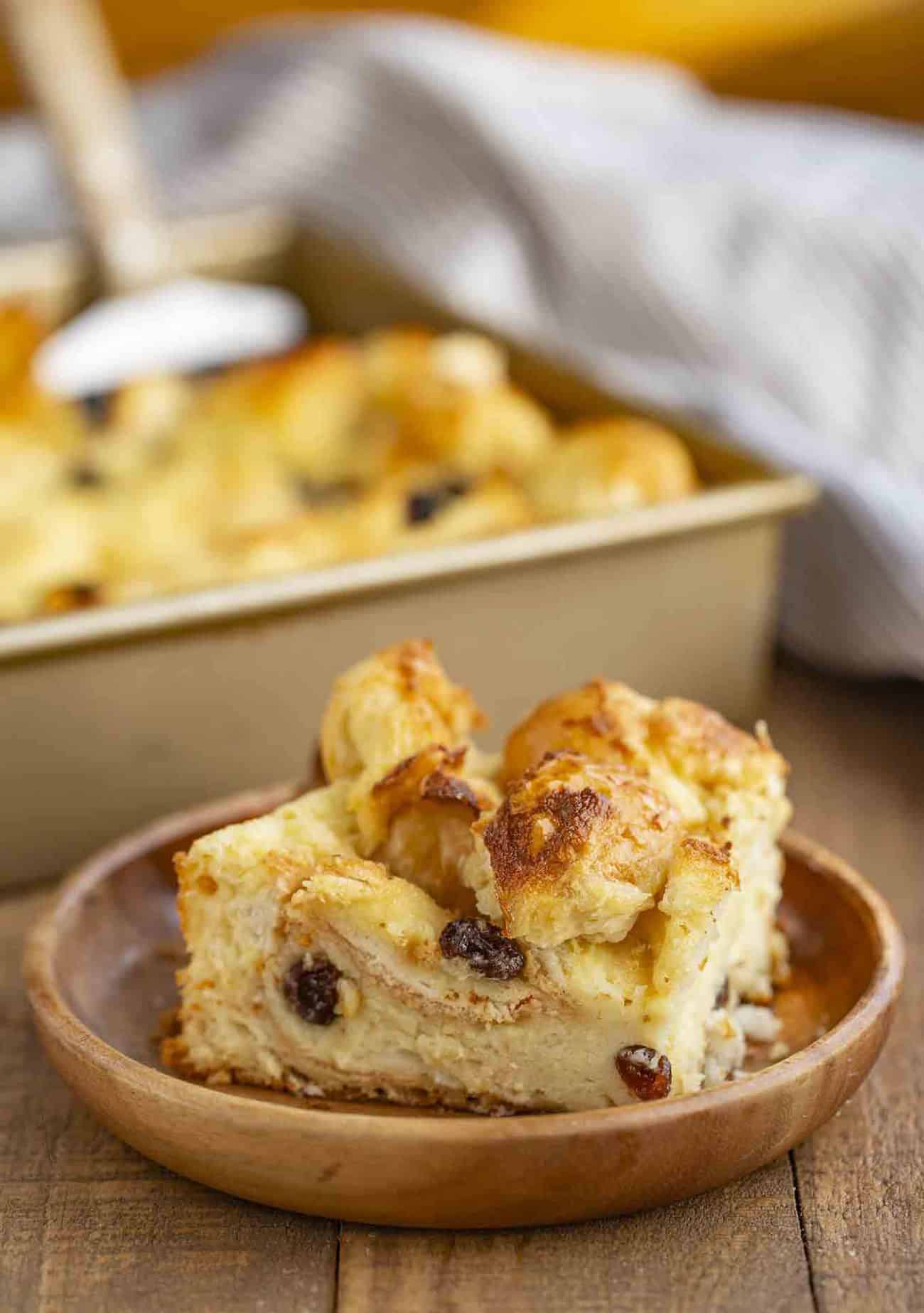 HOW LONG WILL BREAD PUDDING KEEP?

Bread pudding will keep refrigerated for 3-4 days when tightly sealed. It has a lot of moisture, so I don’t recommend storing it on the counter.

SHOULD BREAD PUDDING BE COVERED WHILE BAKING?

You don’t have to cover this bread pudding recipe while baking, but if you start to see the top burning too quickly you can cover with tinfoil for the remainder of the time. If this happens, check your oven temperature with an oven thermometer to make sure it’s not cooking to hot.

HOW DO I KNOW when it IS DONE?

Bread pudding is a lot like other baked goods. If you put a toothpick in, it should come out clean. It should also look more set and less raw, and golden brown on top.

Whisk everything but the vanilla in a saucepan over medium heat constantly for 10 minutes until thickened enough to coat the back of a spoon.

Remove from heat and add in the vanilla. Serve over the pudding. 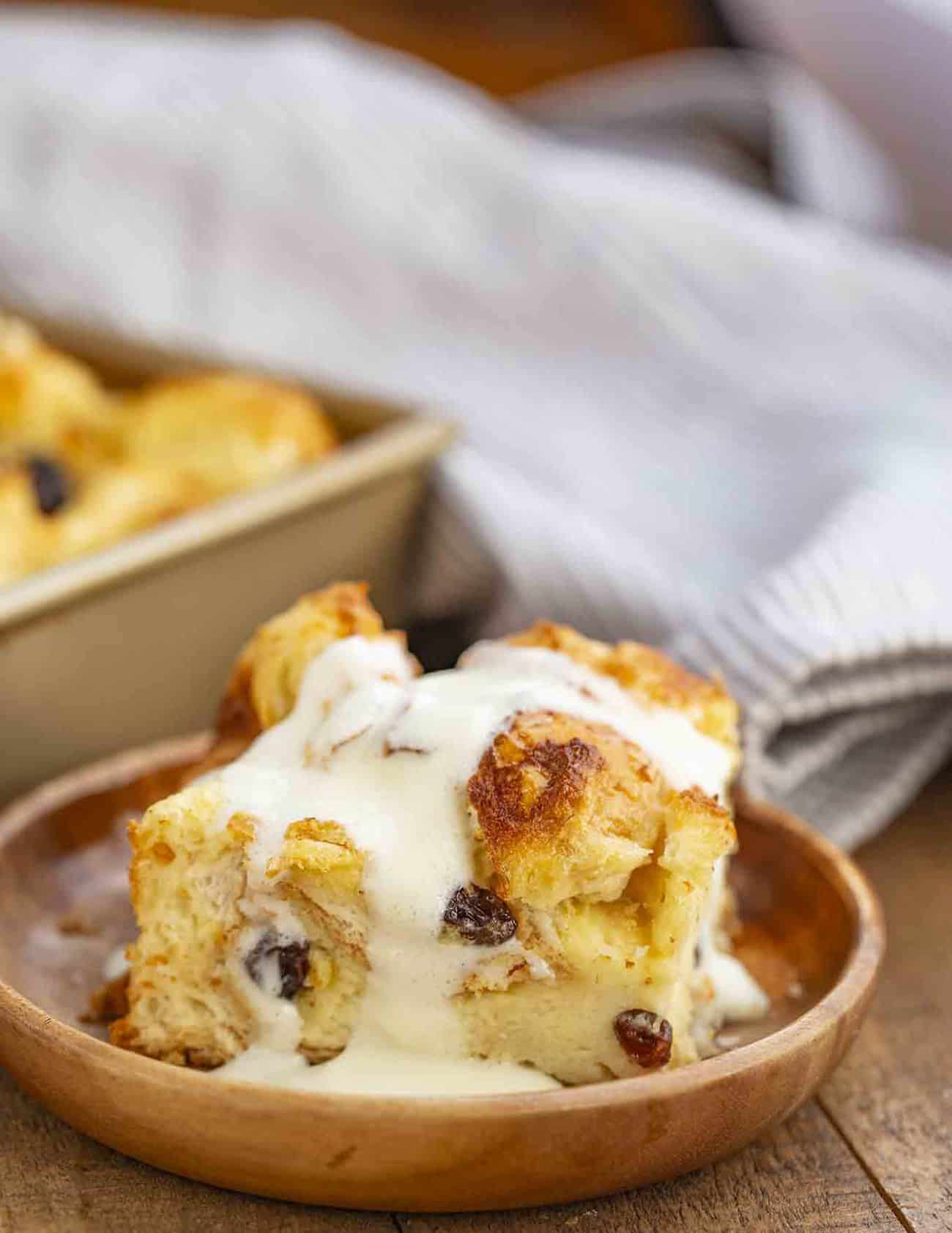 Add the butter, heavy cream and brown sugar to the sauce pan and bring to a boil then reduce to low heat, add in the pecans and cook until the mixture thickens, about 5-7 minutes. 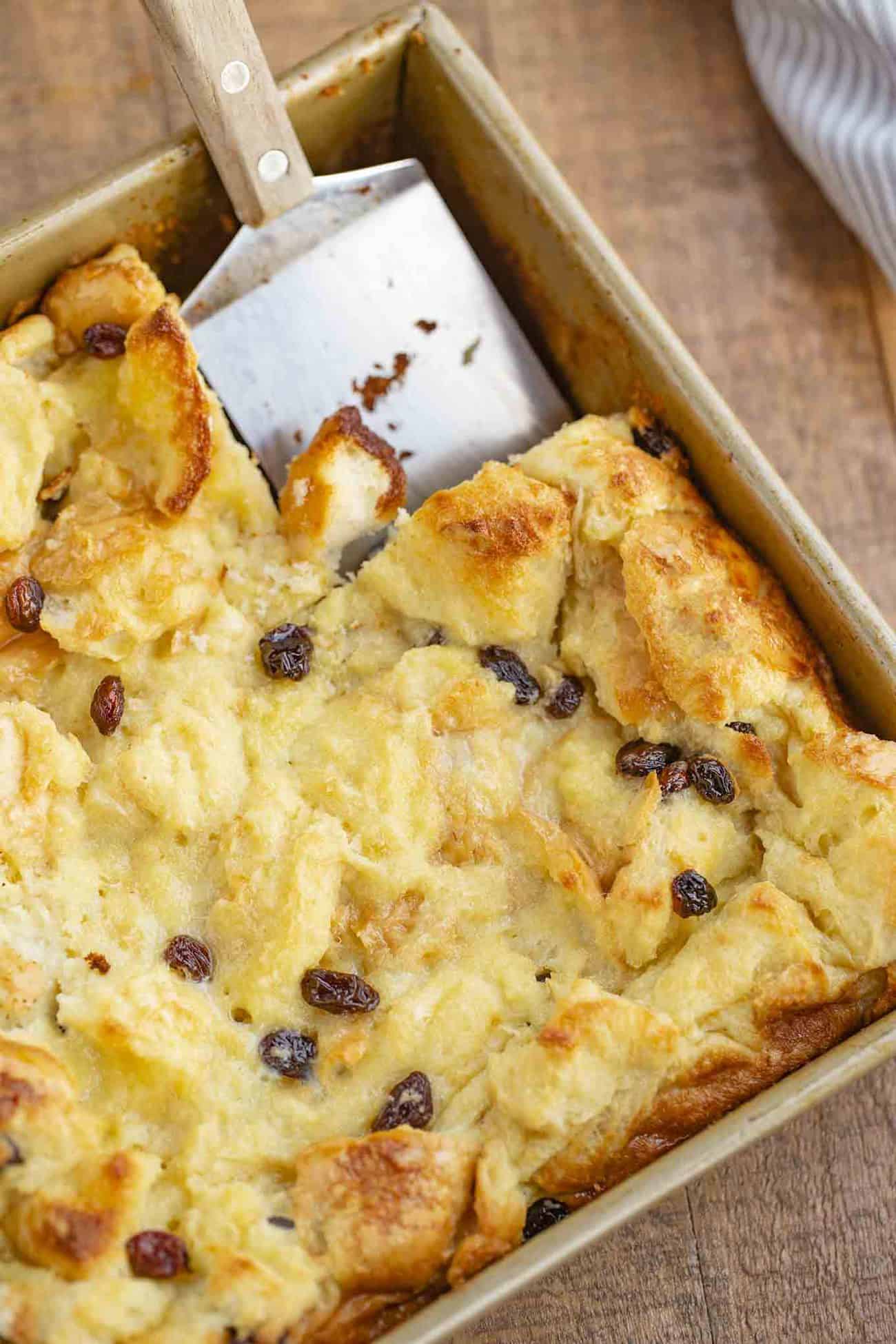 Bread Pudding is the PERFECT old fashioned dessert for the holidays made with day old bread, half and half, sugar, and vanilla, and only takes 45 minutes to bake!