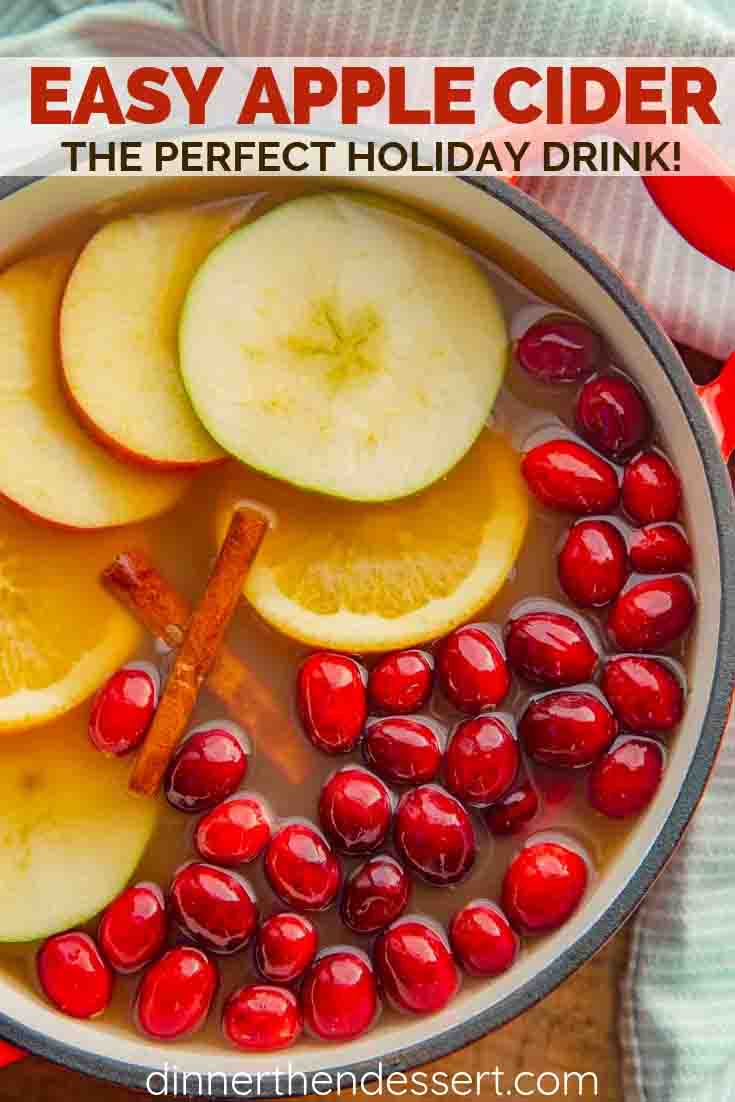 After a holiday meal, we like to sit back and enjoy the evening with a warm drink like our Hot Toddy recipe, or a cold glass of Eggnog. 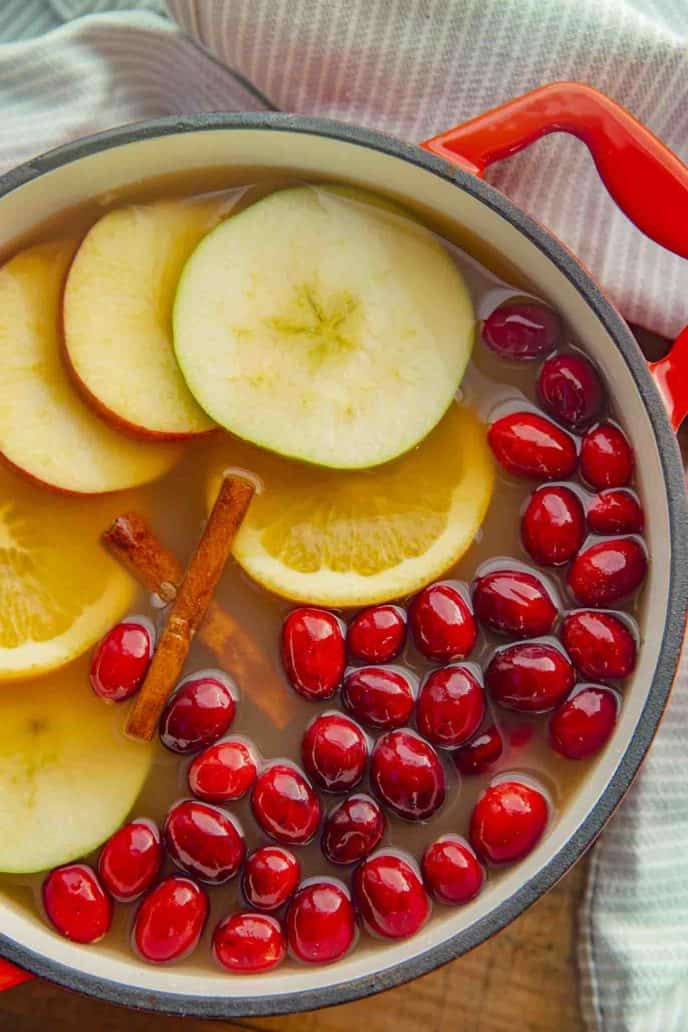 Holiday Apple Cider is apple juice simmered with cinnamon and allspice, along with apples, cranberries, and orange slices for the most festive drink you’ll have all season.

This is one of my all-time favorite parts of the holiday season, because not only is it tasty, but it also makes your house smell AMAZING while it’s cooking. In fact, I even set this on the stove just to make the house smell more festive when I have company coming over.

This recipe is a lot like mulled cider, which is typically served hot. Hot cider is nice when it’s cold out, but if I’m serving this at a party I find that cold really brings out the flavor of the fruit and spices, so I serve it over ice.

You can garnish the glasses with orange slices, apple pieces, and cinnamon sticks when serving. I promise you’ll notice a huge difference from the store-bought pasteurized version.

HOW LONG DOES APPLE CIDER LAST?

This homemade apple cider recipe will last in the refrigerator for 6-7 days. If you want to serve it warm, you can heat it back up on the stove over medium heat until it starts to simmer, or put it in the slow cooker on high for 3-4 hours. If you’re making this ahead to serve at a party, refrigerate, then garnish with freshly cut fruit, and stir before serving.

HOW TO MAKE HOLIDAY APPLE CIDER IN THE SLOW COOKER

It’s insanely easy to make this apple cider recipe in the slow cooker. Just add the juice and all of the spices and fruit to the slow cooker, then set on low for 8 hours or on high for 4 hours.

HOW TO MAKE APPLE CIDER IN THE INSTANT POT

Add all of your ingredients to the instant pot and close the lid. Set for 15 minutes on high, then let it do a natural release. If you do a quick release, use a towel to turn the valve as some of the hot liquid may come out of the top. Strain as normal and serve hot, or allow it to cool and refrigerate.

CAN YOU MAKE HOLIDAY APPLE CIDER AHEAD?

You can make apple cider ahead of time and either refrigerate it for a few days, or freeze it for 2-3 months. Make sure you strain the cider and let it cool completely before putting it in the freezer. I also like making a few ice cube trays of the cider. As the cider cubes melt, they won’t water down your drink, and you can also use them to make infused water. 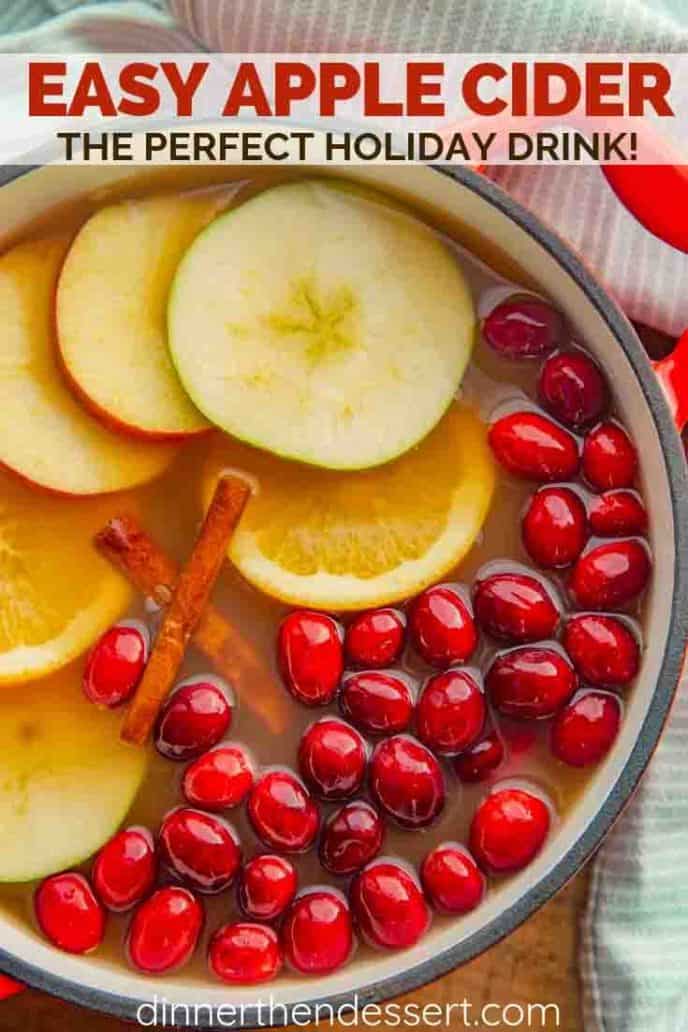