Teriyaki Chicken made with just five ingredients in your skillet that’s as delicious as your favorite takeout restaurant. 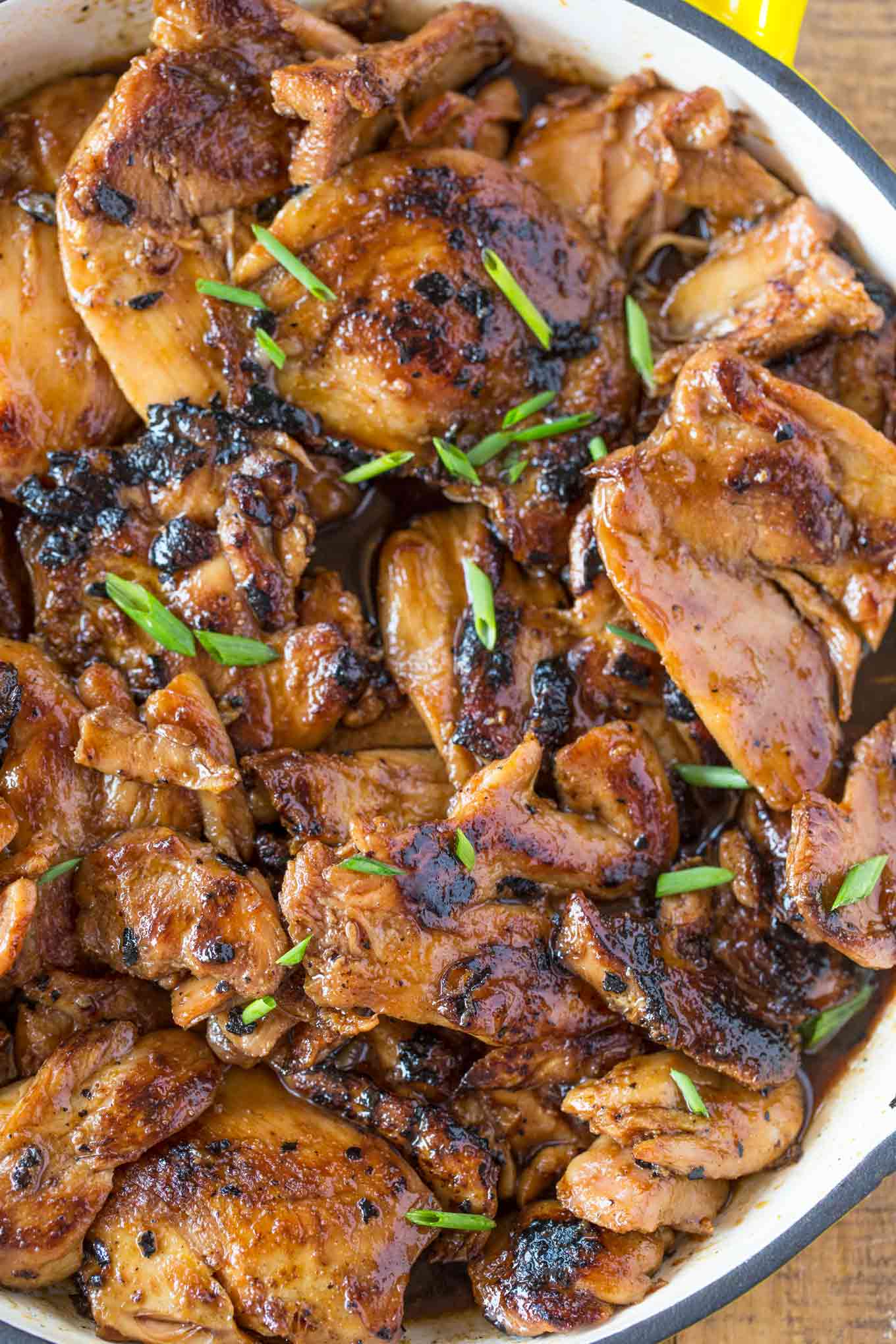 Teriyaki Chicken is one of the classic takeout recipes we all love. No one thinks about how to make it at home mostly because we either have a restaurant we love or because we buy teriyaki sauce like we buy ketchup. But instead of buying it you can make the BEST version of teriyaki ever if you own Mirin and Sake (white wine works too).

Japanese Teriyaki sauce that you buy from the grocery store (my go-to prepared variety is this one) is generally either expensive or already reduced or REALLY salty.

Marinades are essential to cooking with few ingredients and this marinade is magic. I usually don’t even add the garlic and ginger that I’ve listed as optional unless I have some in the house that needs to be used up and the kids, guests and family all love this recipe.

How do you make chicken teriyaki sauce?

Teriyaki sauce is a quick mixture of soy sauce, mirin, sake (or white wine) and sugar that is mixed together and added to chicken for 2-3 hours before cooking and being reduced into a glaze.

How do you bake chicken with teriyaki sauce?

Baked Chicken Teriyaki Can be made using the same soy sauce, mirin, sake and sugar marinade that is added to a baking pan small enough to allow the chicken to bake while being covered by the sauce until it reduces. An 8×8 pan (like this) would be a good fit for this. 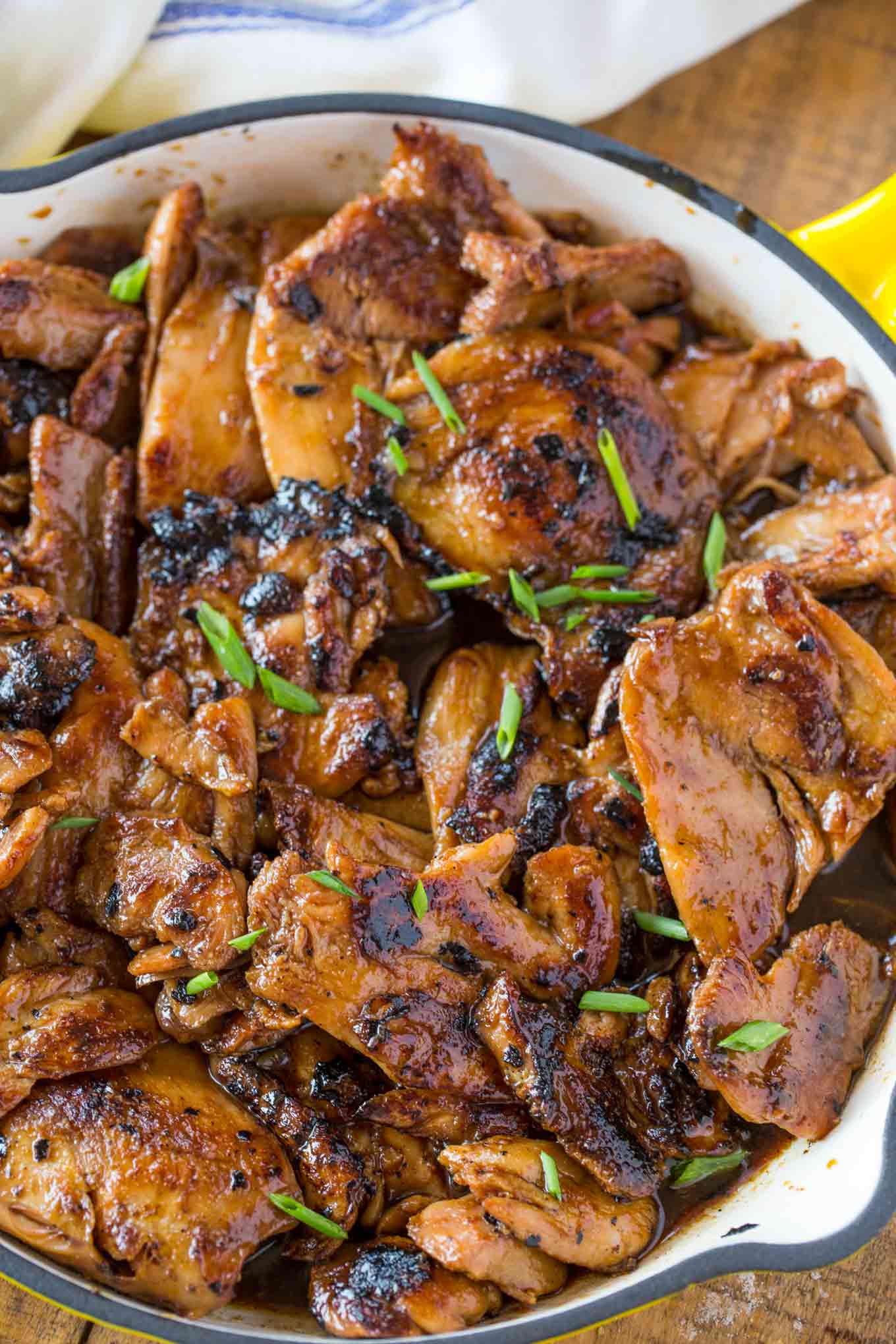 How do you marinate teriyaki chicken?

The easiest way to marinate teriyaki chicken is to add it along with the sauce ingredients to a ziploc bag for 3-4 hours before draining it and cooking. The marinade is then brought to a rapid boil to kill the salmonella and reduce it to the consistency of a sauce.