Lo Mein is a fantastic Chinese takeout option if you’re looking for something a bit thicker than the traditional Chow Mein. 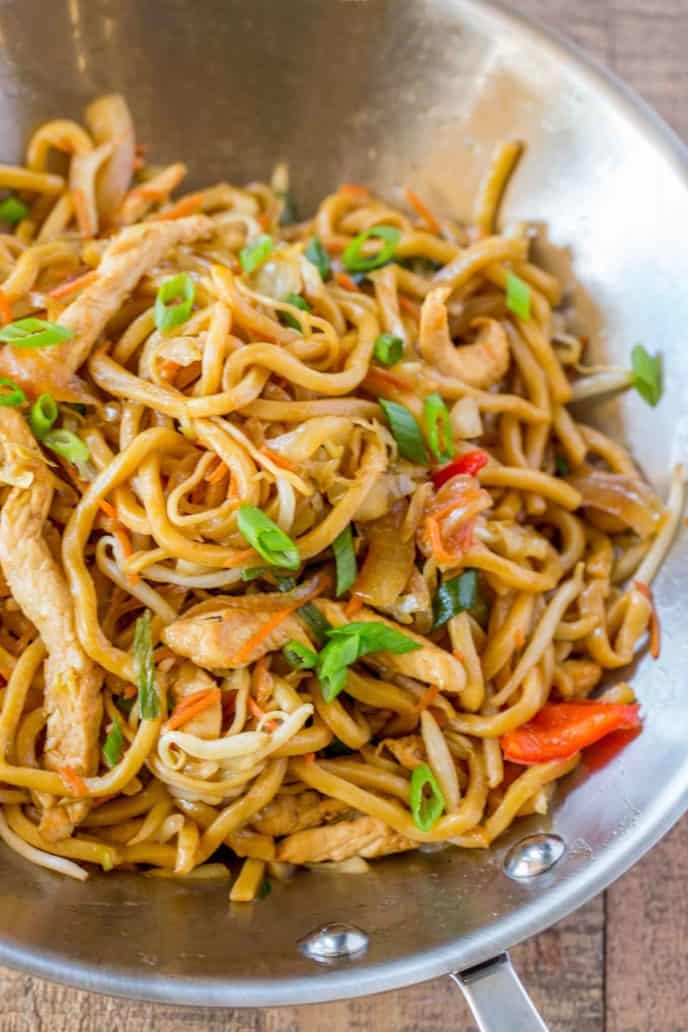 As a kid growing up my mom was not very well versed in making Chinese food (she once made chow mein with angel hair noodles). I wanted to know how to make lo mein like in Chinese restaurants but despite her best efforts we’d end up with were soy sauce flavored noodles with all the veggies she thought she could hide in the pot.

It was a valiant effort, but it never really tasted like Chinese food from a Chinese Restaurant.

Since watching my favorite Daytime talkshow make their version of The Chew chicken lo mein (I’m a huge Micheal Symon fan), I had a craving to make some lo mein.

What you’re looking at is my quickly thrown together lo mein with the ingredients I had on hand and it was as delicious as my favorite takeout spot. My husband was watching along with me but he didn’t understand the difference of lo mein vs chow mein until he saw the difference in these noodles! 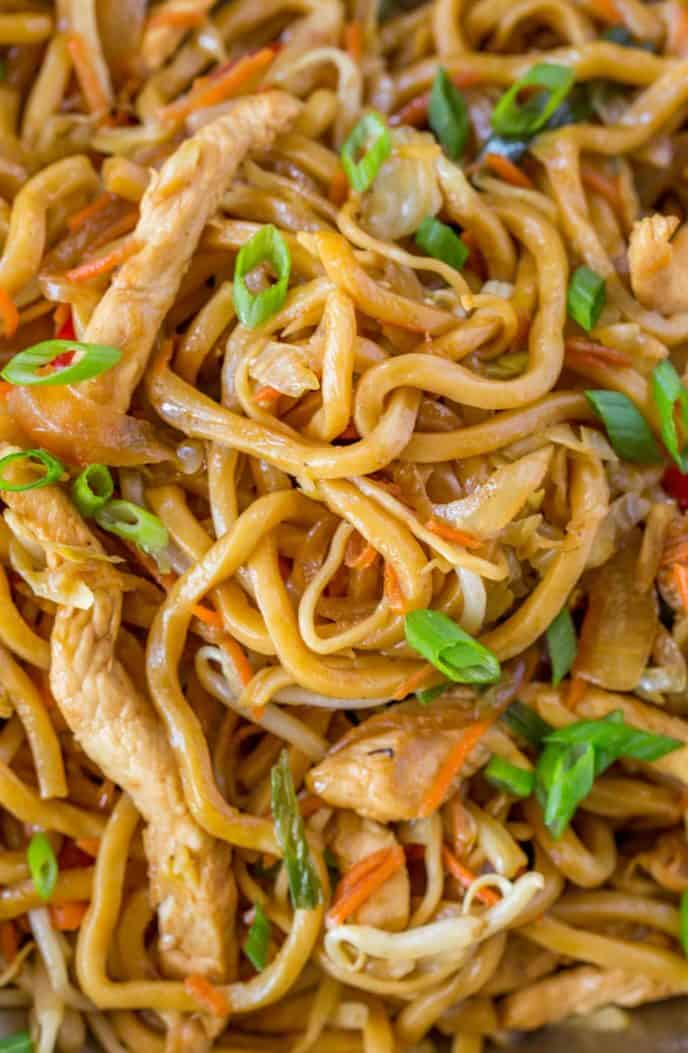 What is the difference between lo mein and chow mein?

A traditional chow mein has noodles that are boiled, then stir fried until having a slightly crisped exterior while lo mein is boiled then tossed in a sauce without cooking the noodles an additional amount. The noodles are roughly the same, both egg noodles, but lo mein noodles are normally thicker and chewier.

What kind of sauce is in lo mein?

Lo Mein sauce is made with a sesame oil base that the noodles are tossed in with garlic, ginger, oyster sauce and soy sauce to round out the slightly sweet and slightly spicy sacuce. 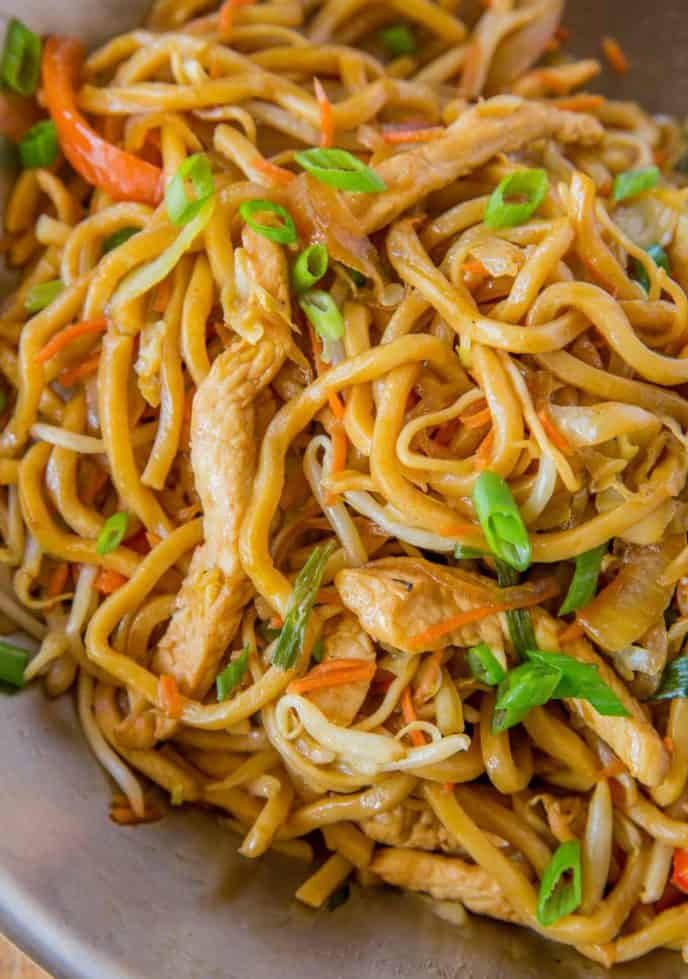 Tools Used in the making of this Chicken Lo Mein:
Lo Mein Noodles: Authentic and flavorful for the perfect lo mein.
Soy Sauce: Nothing much to say here except Kikkoman has the best flavor overall and I always recommend reduced sodium.
Wok: The best way to cook quickly and over high heat for Asian dishes, this wok is the perfect stir fry pan.
Sesame Oil: The flavor of sesame oil in this dish is unmistakeable and not really able to be substituted. Some Asian grocery stores will try and sell less expensive options that aren’t actually sesame oil, so just be sure the one you’re buying is authentic sesame oil. 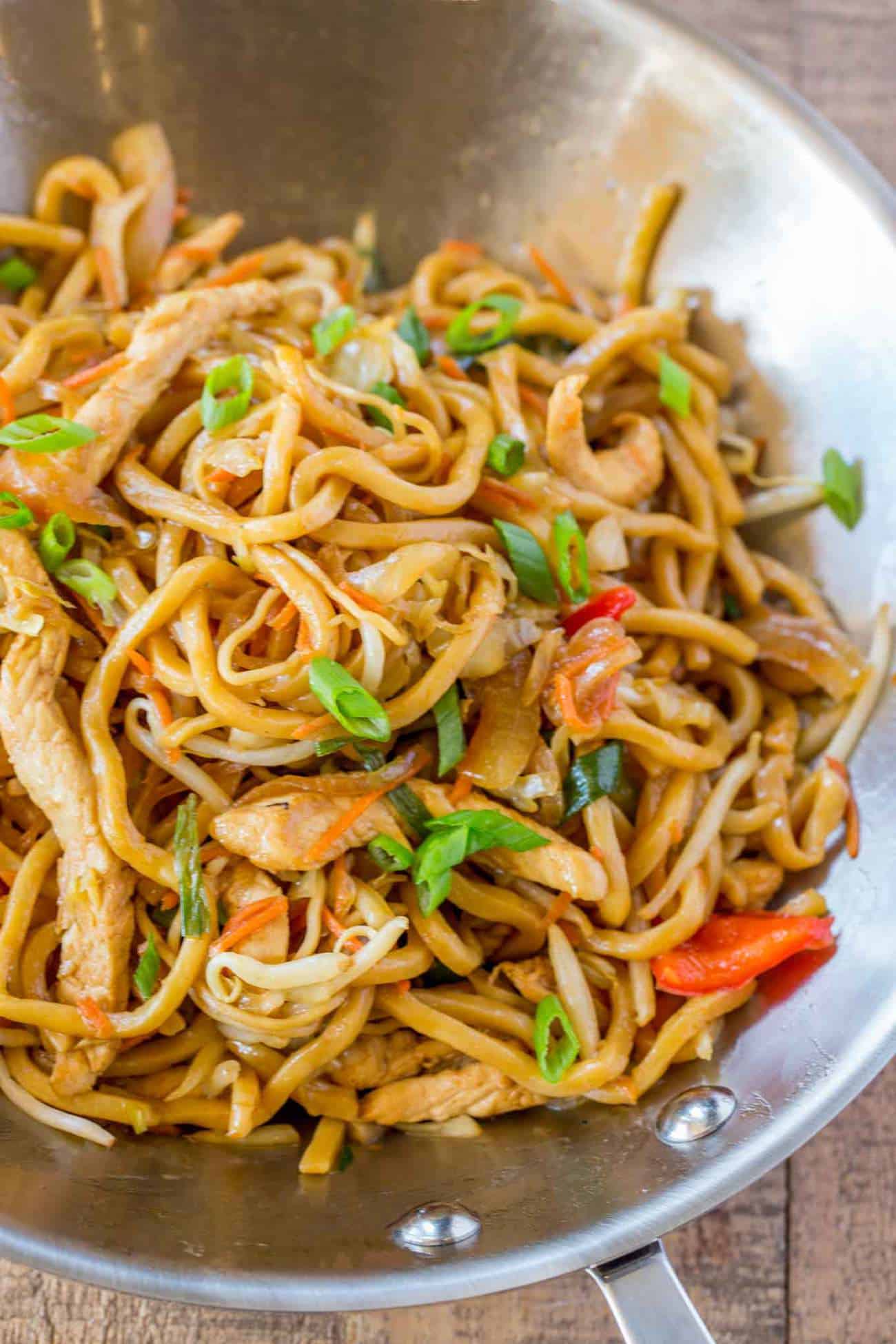