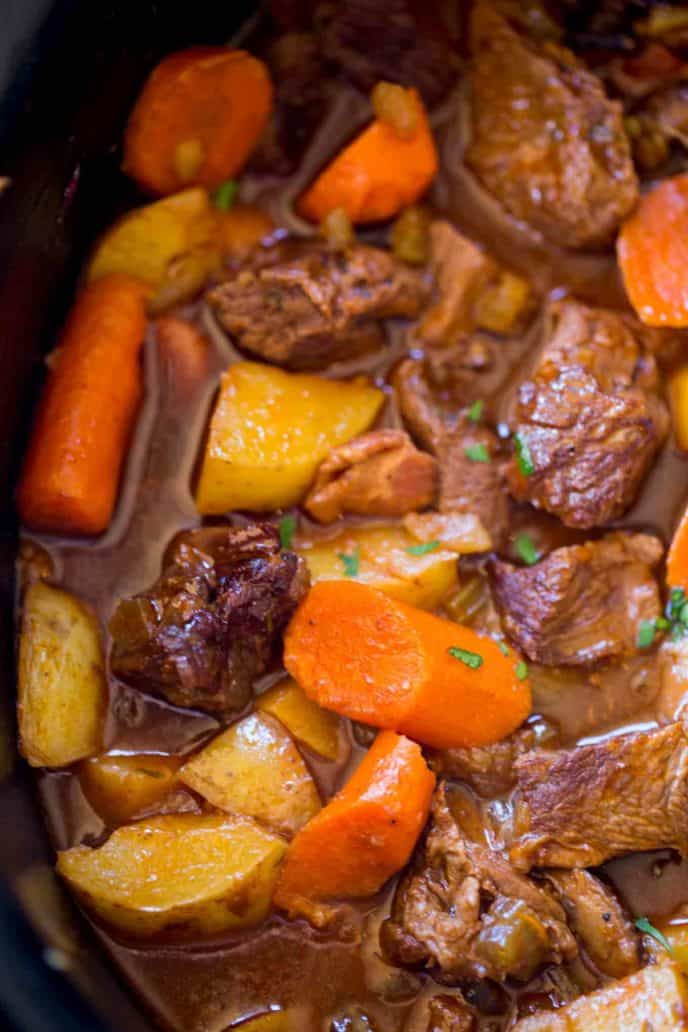 Guinness Beef Stew  made in your slow cooker is probably the most comforting and richest beef stew you’re ever going to make. The addition of the beef base, the rich, dark, Guinness beer… This is a stew for a day of curling up on the couch under a blanket.

I don’t usually cook with beer, but in the slow cooker I am a huge fan of it like with my  Ultimate Slow Cooker French Dip Sandwiches and more notably one of my favorite recipes, the Slow Cooker Philly Cheese Steak Sandwiches. I find it is a quick and easy way to add a great depth of flavor and a very unique savory flavor.

Can you make this dish without the Guinness? Yes, but I’d prefer to direct you to last week’s Ultimate Slow Cooker Beef Stew because I feel like you’ve got the directions and the balance in flavors already. 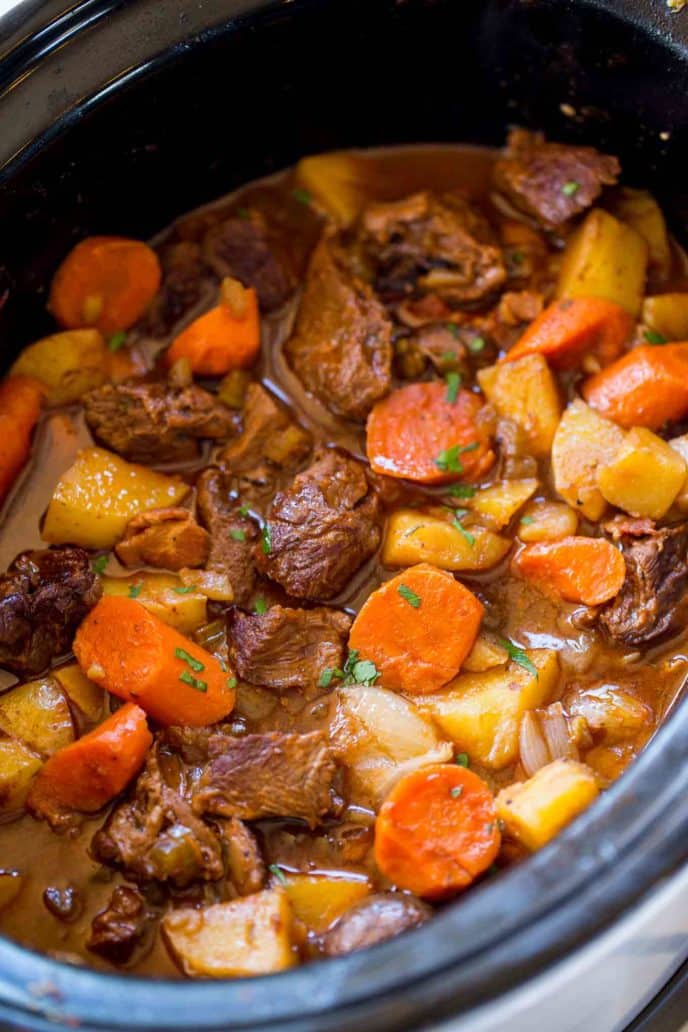 Why use Guinness in the Beef Stew?

You certainly don’t have to use Guinness, even with the glamour pour shot below this post is not sponsored by them. I just find they are the easiest stout beer to find in markets and convenience stores. Another good stout beer I love is a company from my hometown called Strand Brewing Company. 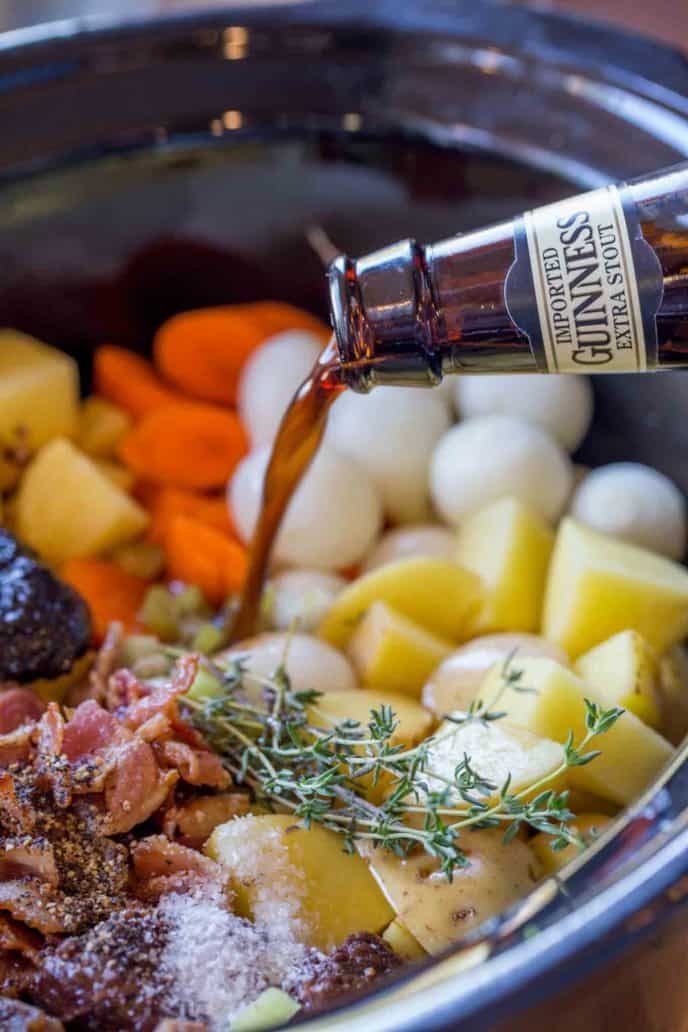 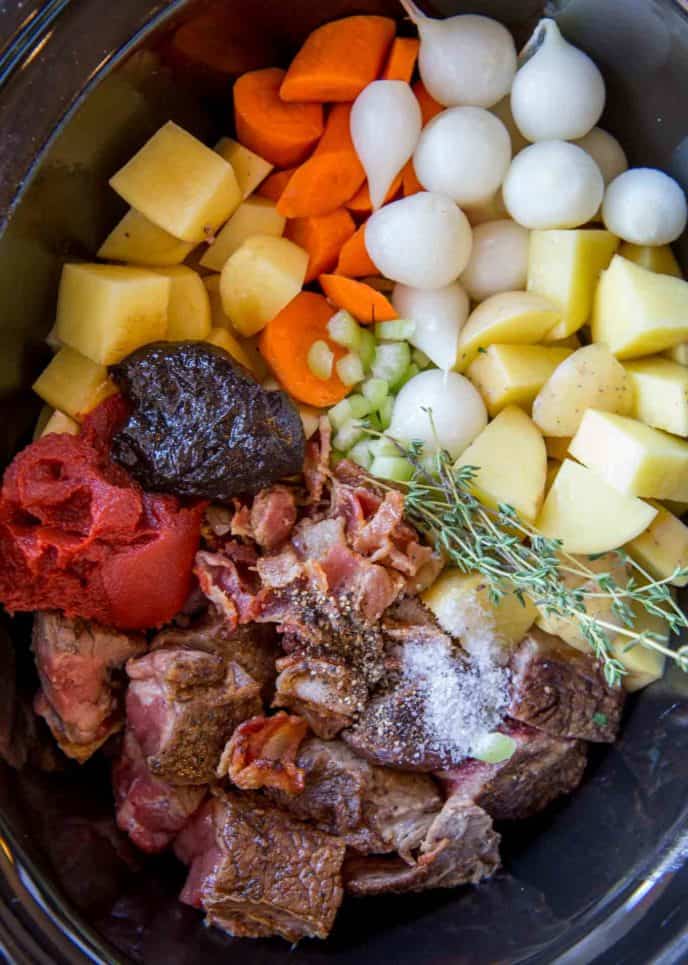 Want to make this Guinness Beef Stew in the oven?

Brown the beef in a large dutch oven before cubing (you can also cube before browning if you prefer. Then add in the ingredients, mix well and cook in a 325 degree oven for 3 hours. 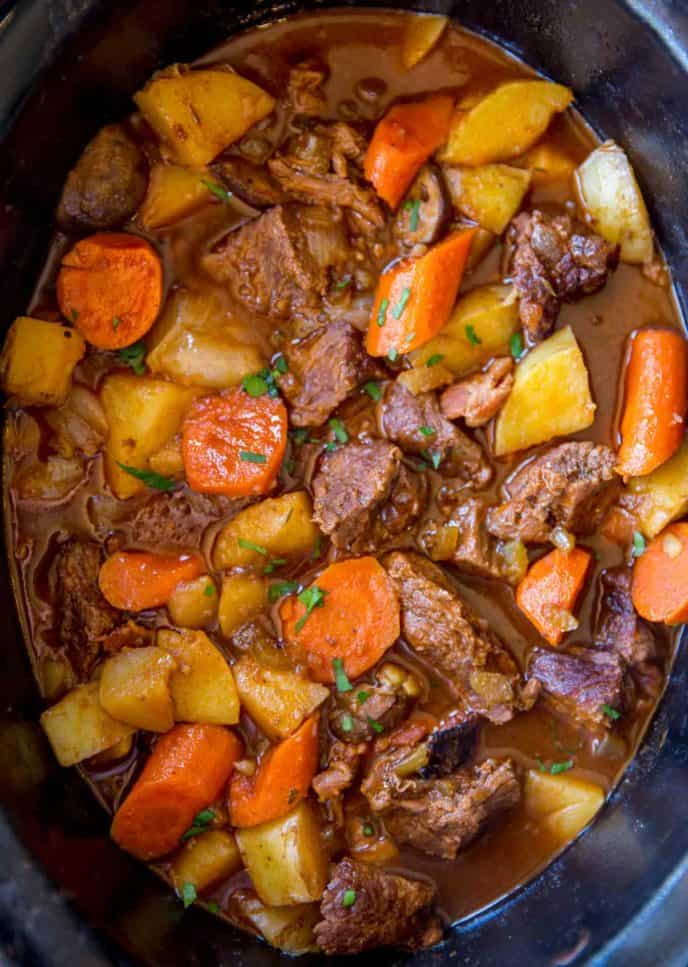 Tools Used in making this Slow Guinness Beef Stew:
Slow Cooker: Love this slow cooker and how programmable it is, it has been a workhorse for me… until…
My New Slow Cooker: This recipe was made in this slow cooker. I brown the meat in the insert without losing a bunch of the flavor by transferring the meat and leaving the browned bits behind. If you’re thinking of a new slow cooker, consider it if your budget is open.
Cast Iron Skillet: If you don’t have a slow cooker with a stovetop friendly insert, this is my most used pan in my kitchen, heavy, keeps heat well and gives the BEST sear ever.
Pig Tail Flipper: I use this to flip the chuck roast easily. I use this tool EVERY time I cook something that requires flipping, it is amazing.
Beef Base: I almost never buy boxes of broth because I keep the beef, chicken and vegetable version of this Better Than Bouillon. 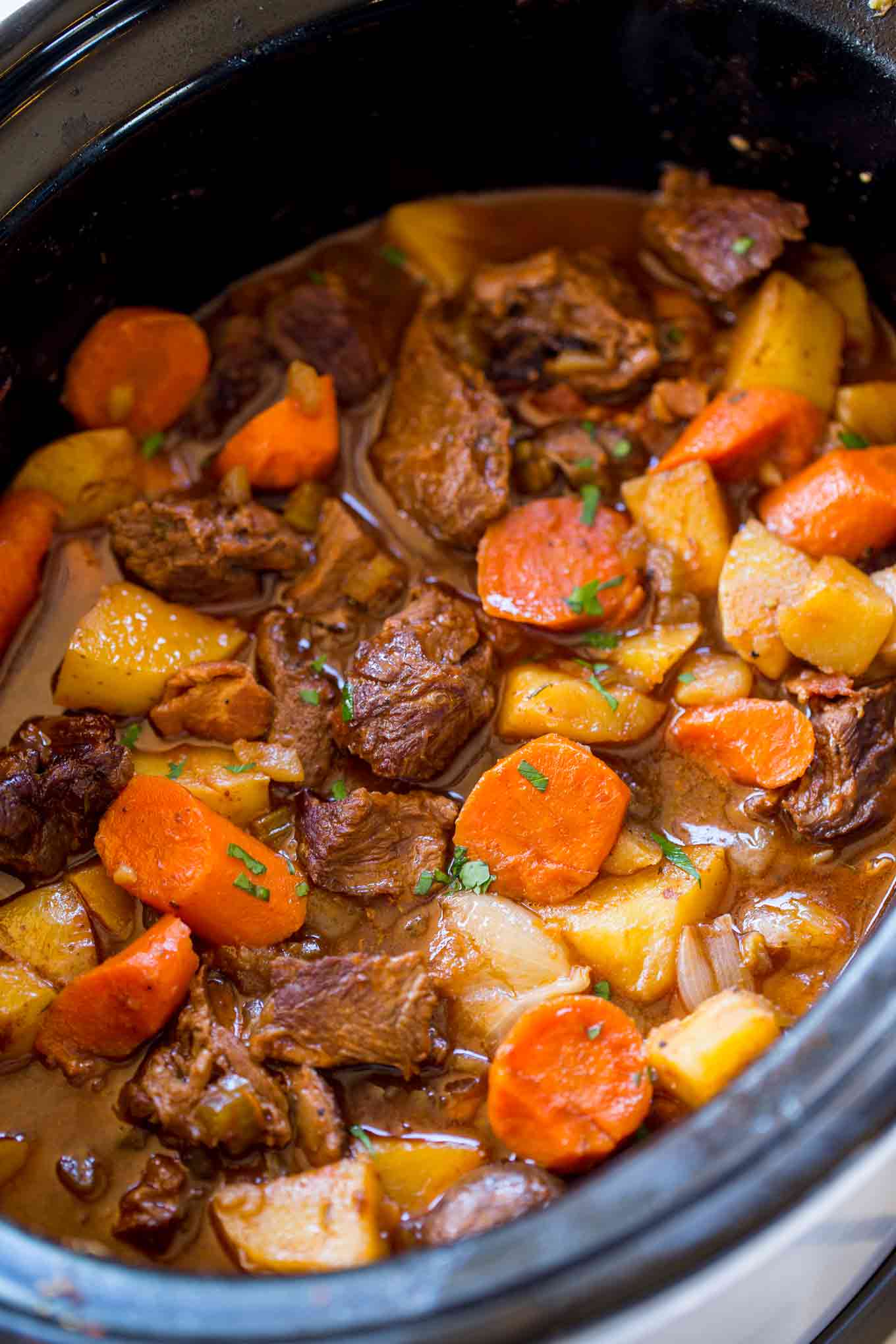 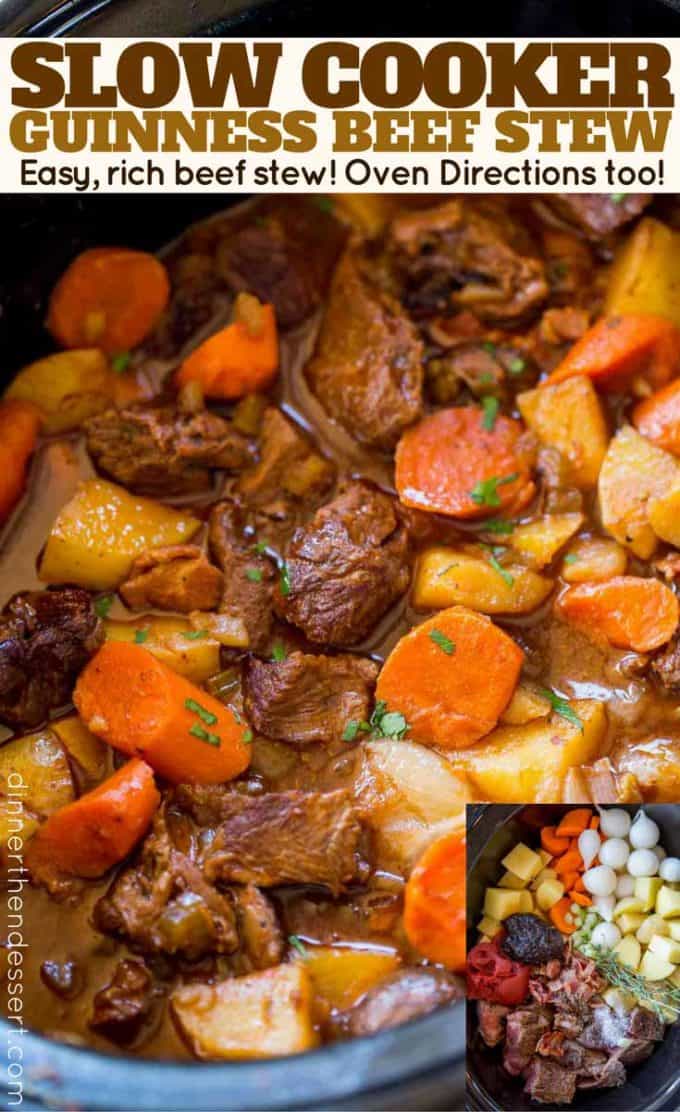