Philly Cheesesteak Pot Roast with the classic flavors of a Philly cheesesteak and the tender fall apart texture of a pot roast with buttery yukon potatoes and a rich beef gravy topped with a melted cheese sauce. Your new favorite pot roast.

The most popular recipes on this site have traditionally been the Ultimate Slow Cooker Pot Roast and Philly Cheese Steak Sloppy Joes so it only made sense that this recipe was in my recipe testing future. I will say, it did not disappoint. Like a French Dip Sandwich in pot roast form if you like cheesesteaks you HAVE to give this recipe a try. 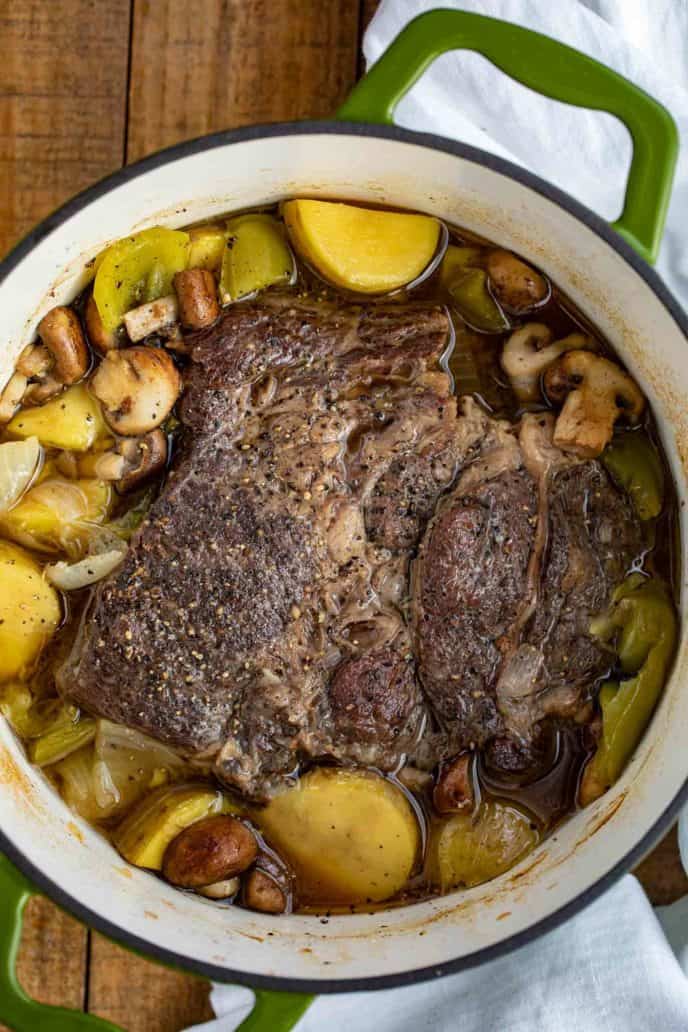 This isn’t your classic pot roast. Well, it is more a classic pot roast than it is a classic philly cheesesteak. Either way it is DELICIOUS. The mixture of the beer, broth and Worcestershire sauce together with the mushrooms, onions and bell peppers created a delicious classic cheesesteak umami flavor.

Topped with a cheese sauce (optional but HIGHLY recommended) you will be adding this recipe to your regular rotation! 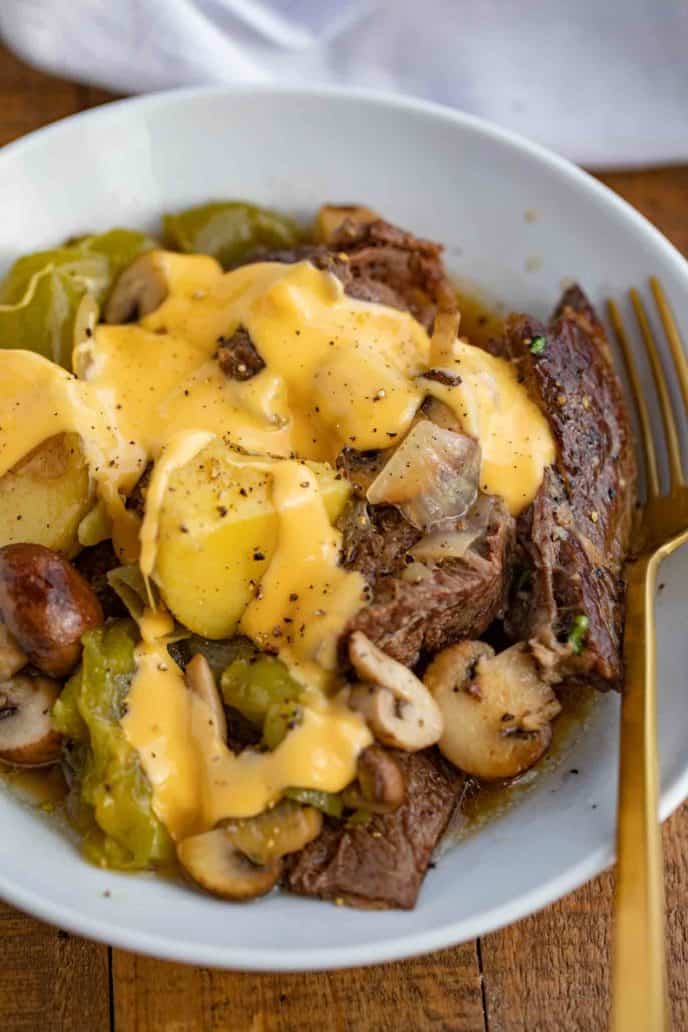 Look at that cheese sauce! It’s so easy to make and I have a few cheese options for you. My version above is made with cheddar cheese but you can look below for versions made with Provolone, Cheez Whiz, American Cheese and even Swiss cheese. 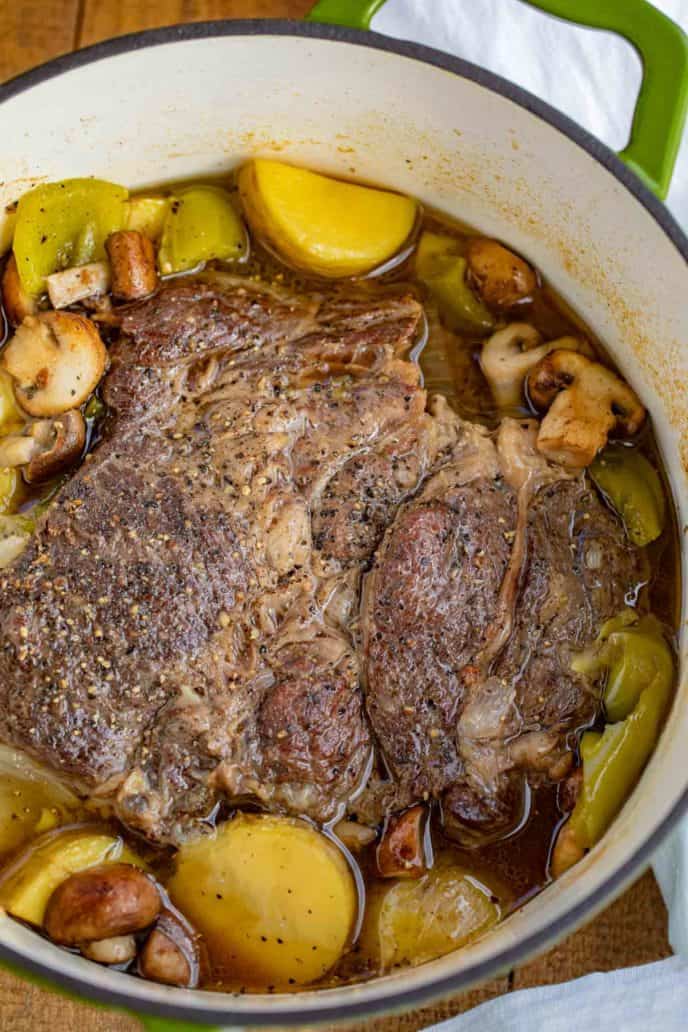 HOW TO MAKE THIS POT ROAST RECIPE IN THE SLOW COOKER

HOW TO MAKE POT ROAST IN THE INSTANT POT

WHAT TO SERVE WITH POT ROAST 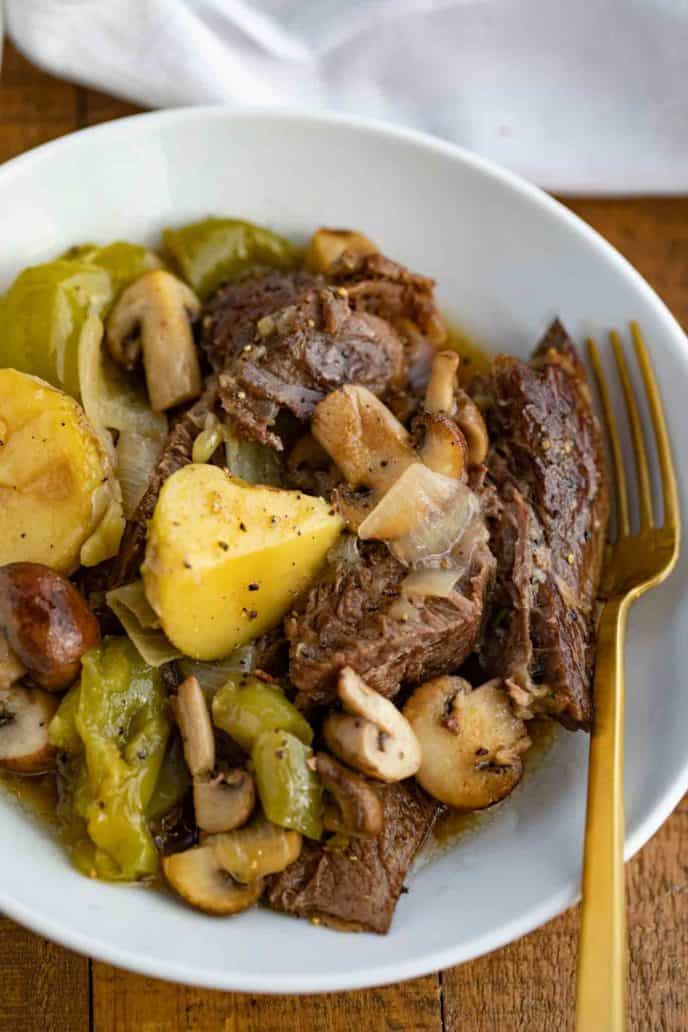 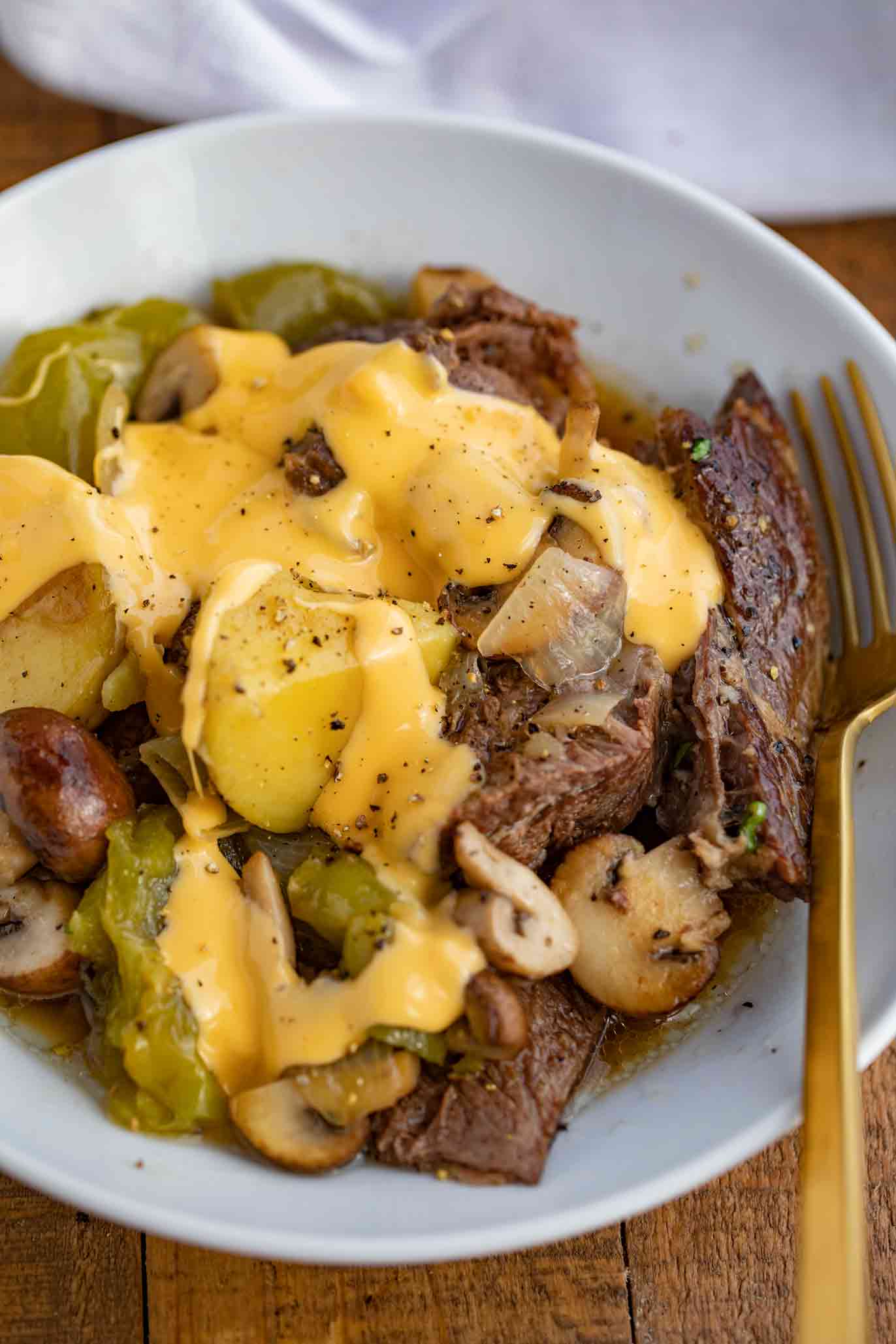