Creamy Vegetable and Rice Soup is a hearty vegetarian soup with carrots, potatoes and onions is an easy soup in 45 minutes that’s better than Panera!

The days are cold and crisp, and it’s time to break out the soup! Chicken Tortilla Soup, Classic Chicken Noodle Soup, and Cabbage Soup are some of the most hearty and delicious dinners for the winter months, but sometimes you’re in the mood for something loaded with veggies and rice. Creamy Vegetable Soup is a delicious soup that will warm you up and keep you full. 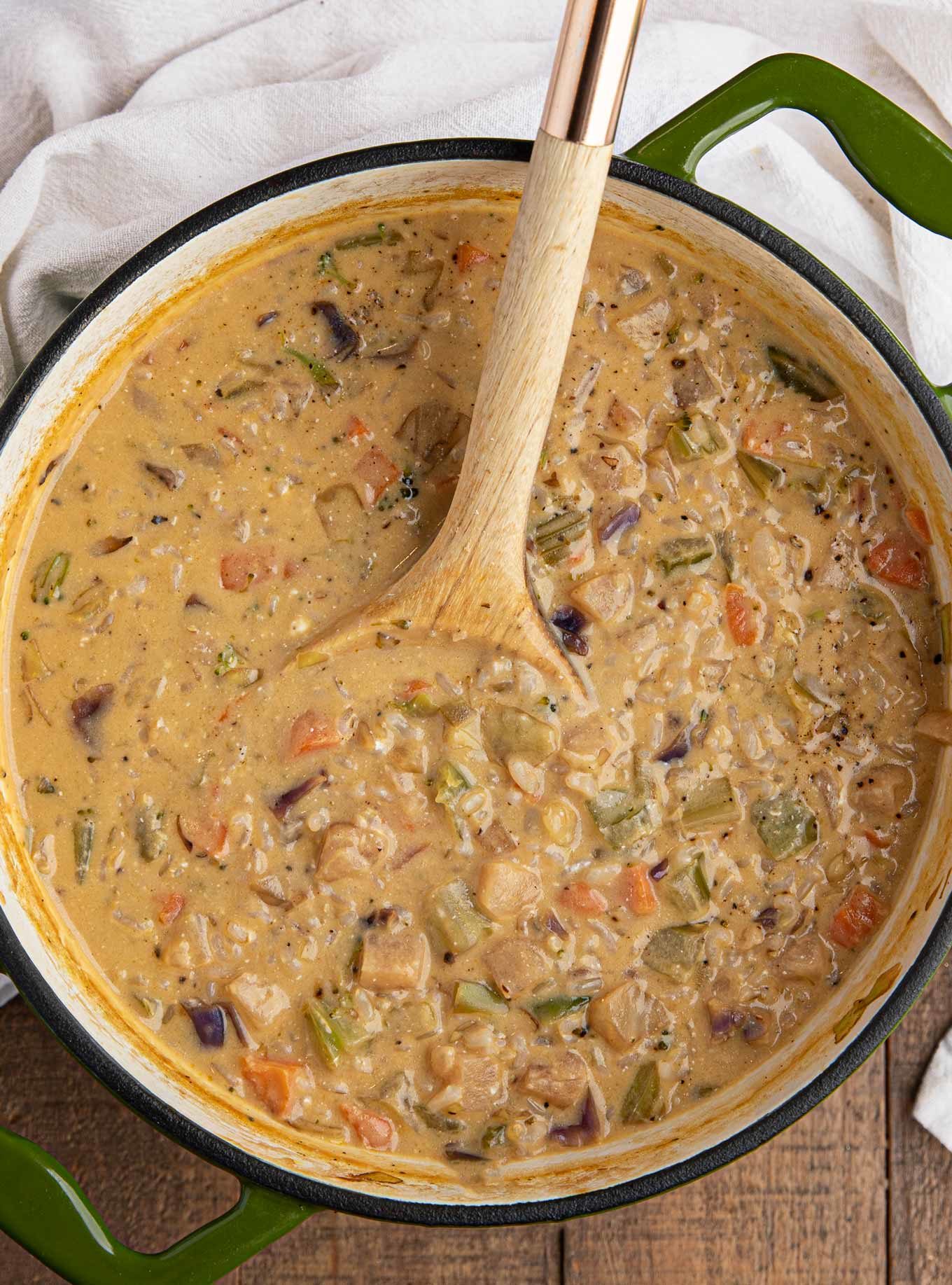 The next time you’re craving a large pot of hearty soup to help combat the cold weather, you should have a go at this Creamy Vegetable and Rice Soup recipe. Making vegetarian soups hearty and filling while keeping them healthy and perfect for the winter is the ultimate in comfort food because you can eat it as often as you want! This soup is great for feeding a hungry family, and it keeps well in the fridge, so you can make it at the beginning of the week and reheat it later for a quick and easy dinner.

Psst, want the most popular soup on our site? It’s this super easy can soup… Taco Soup! Or check out more delicious vegetarian soups linked under the recipe including my amazing classic Vegetable Soup!

To make this delicious soup I recommend using an immersion blender instead of pouring part of the soup into a traditional blender. An immersion blender can puree directly in the large pot and you don’t have to do the extra step. you also don’t run the risk of accidentally spilling piping hot soup on your bare skin.

I recommend serving up your Creamy Vegetable Soup with a loaf of homemade Crunchy French Bread Rolls, or delicious homemade Dinner Rolls.

HOW TO MAKE CREAMY VEGETABLE SOUP 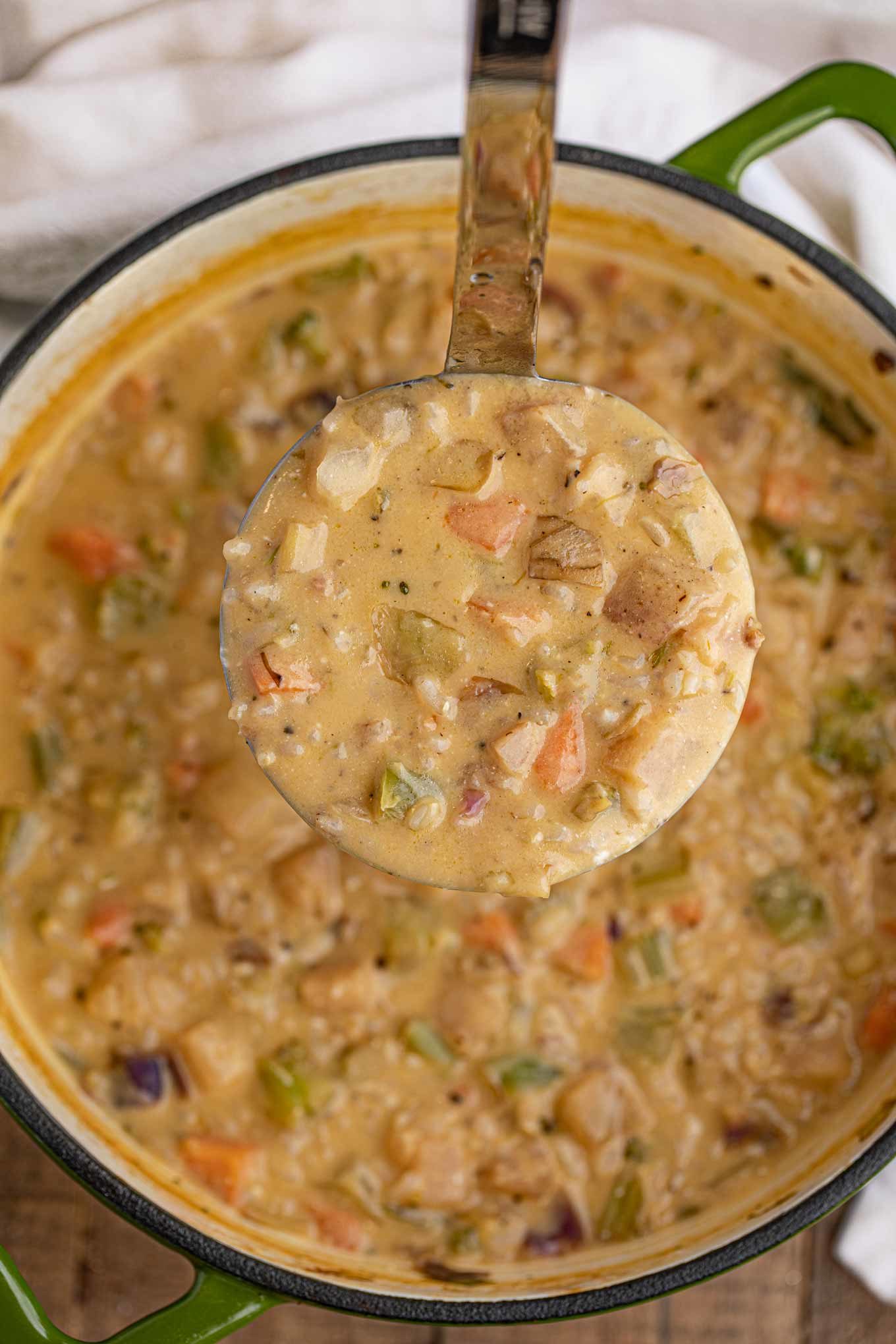 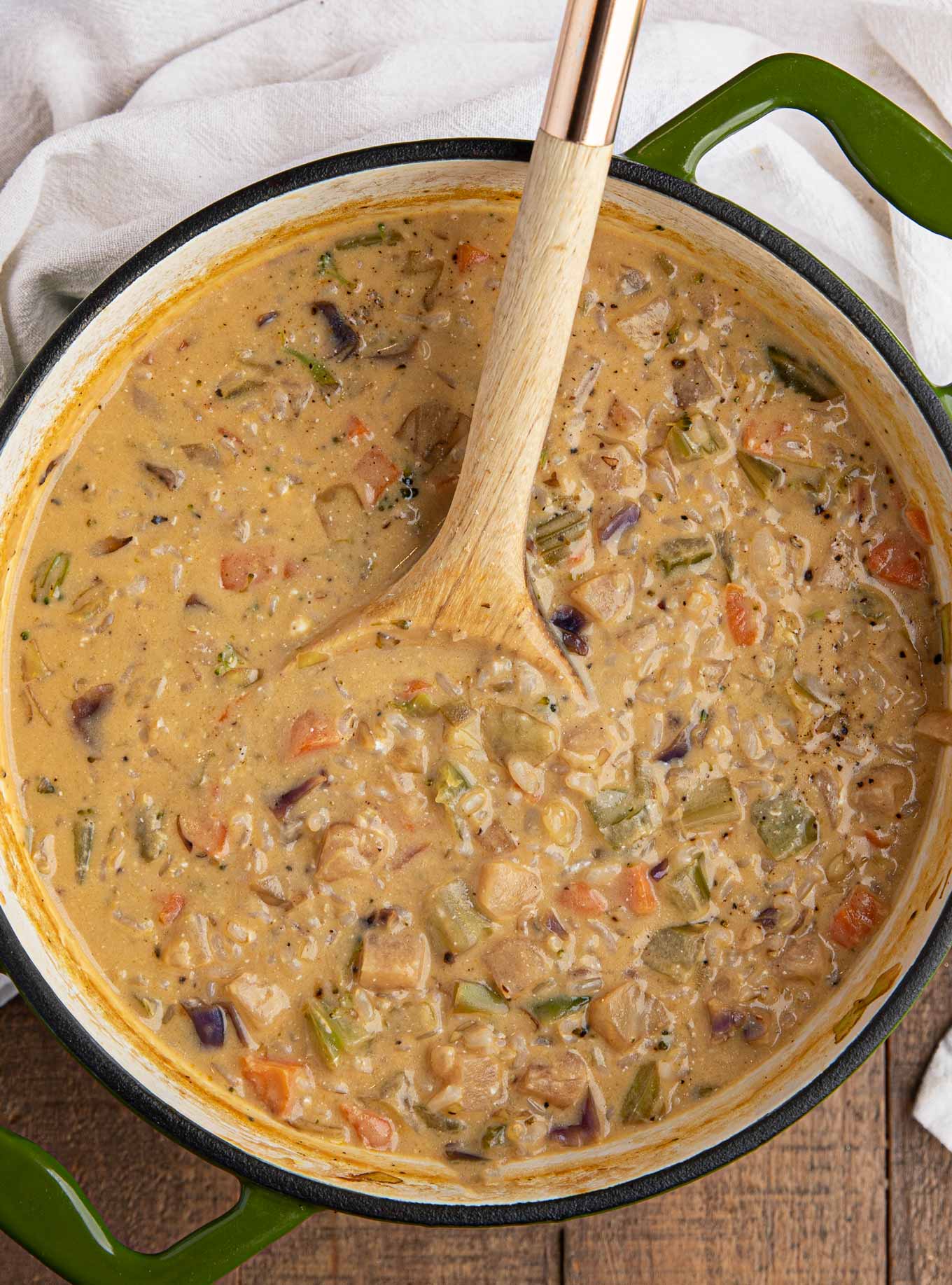 Creamy Vegetable and Rice Soup is a hearty vegetarian soup with carrots, potatoes and onions is an easy soup in 45 minutes that's better than Panera!