You can make this with leftover HoneyBaked Ham or use pre-sliced deli ham, these sandwiches will be a hit anytime! We’ve also made turkey versions using leftover Roast Turkey after Thanksgiving day! 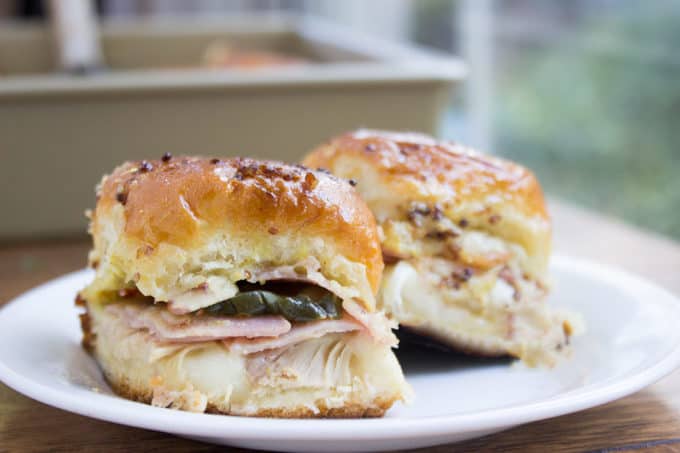 These Baked Cuban Pork Party Sliders are a perfect game-day treat and put the standard ham and cheese versions to shame.

You may think they sound harder to make, especially given that the original versions of sliced ham and Swiss cheese are so quick to put together, but they just have a couple of additions and the difference in flavor makes it all worth it. I promise.

The base of these Baked Cuban Pork Party Sliders are similar to the original Cuban Sandwich we all know and love. We add roast pork (I used my Slow Cooker Luau Pork), some brown mustard and pickles and finally we swapped out the poppy seeds for whole grain mustard.

Assuming you have some roast pork (my Ultimate Pork Loin recipe would be perfect for this recipe too) you can make these in just 15 minutes start to finish!

You don’t have to use both roast pork and sliced ham if you don’t want to. The reason behind using both varieties of pork products is because in a classic Cuban sandwich both varieties of meat are used. If you’d like to stick to one or the other you still can and use the same topping. Just be sure to double up on the amount or your sandwiches won’t be as filling. 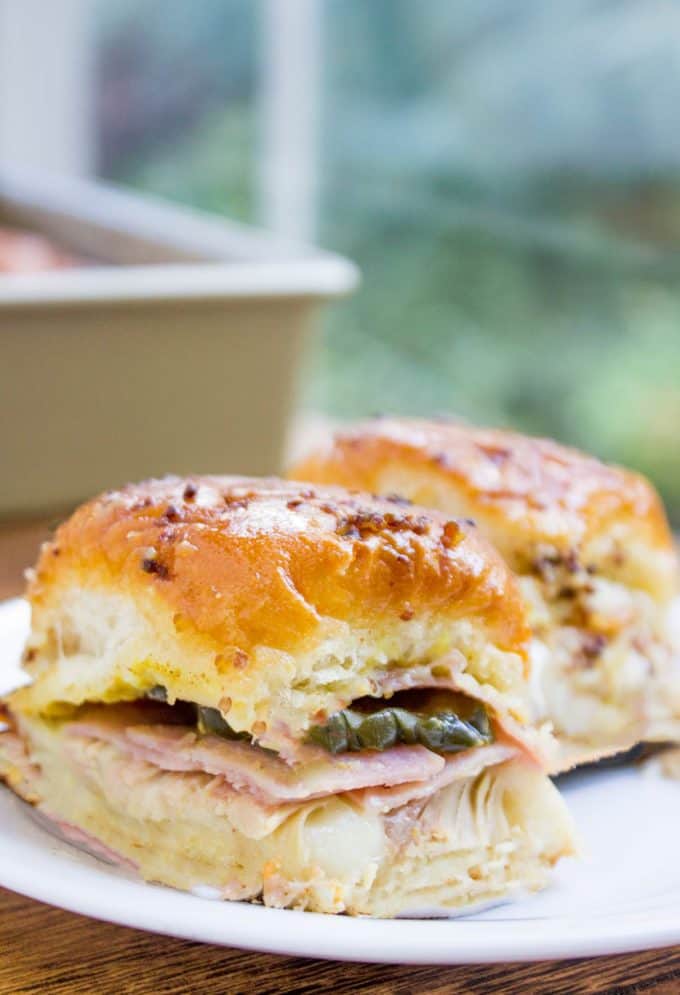 Best Pickles for a Cuban Sandwich

There is no substitute for the classic dill pickle in a cuban sandwich. Don’t try to use a spicy pickle or bread and butter pickle, the only pickle anyone uses is dill pickles.

The only argument people have about Cuban sandwiches is whether or not to add salami to them. In these party rolls the choice is up to you, they would be delicious with or without salami. 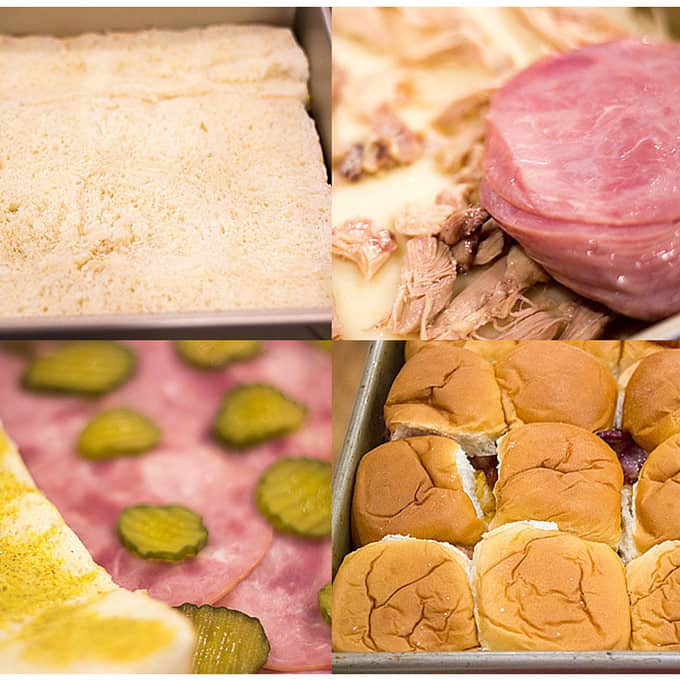