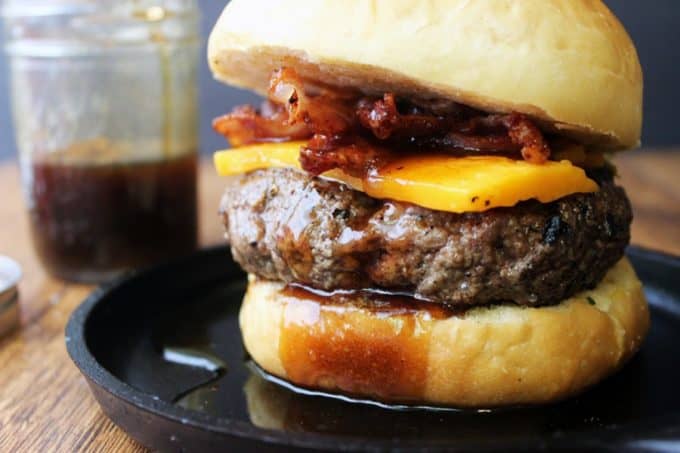 I think TGI Friday’s is a restaurant we all have memories of as young adults. You probably had a date there, or watched games at the bar there. I went off to college and my friends introduced me to the world of TGI Friday’s, the only restaurant that would serve us alcoholic Cookies and Cream shakes when we were freshman. Looking back it is hard to believe I got all the way to college before discovering it, especially since it became a second home for our group of friends in pretty short order. Every time we went I would order something from the Jack Daniel’s menu. The sauce is sticky and sweet, but still a bit spicy. It works so well on ribs, chicken and shrimp but as a broke college kid, you have to go with the burger. Ten dollars instead of the twenty dollar ribs, it still had many of the same flavors. That sauce was addicting, we would dip everything in it. So as summer rolled around, and as many parents of small children can relate to, I wanted to recreate that meal at home instead of going out to get it.

Turns out the sauce is a huge hit on the internet and many copycat recipes exist. I tried 3 of them before deciding this one was the way to go. The sauce couldn’t really be any easier. Put the ingredients in a saucepan for 20 minutes on medium heat and you’re ready to go. It all happens as we are making the burger anyway. I always use fresh ground chuck from my butcher and season liberally on both sides with kosher salt and fresh cracked pepper. Then I cook it in a cast iron skillet. To be honest, I cook anything and everything I can in my cast iron cookware I love it so much. Next cook up some bacon. I made the burgers with homemade Hawaiian buns (recipe coming soon) then added the burger and some sharp cheddar cheese (I’m a sucker for a sharp cheddar). Then I topped it with the glorious sauce. That dippy, sticky, spicy and sweet sauce. Not sure there is anything left to say. Talking pretty much stopped once our mouths were full of burgers. 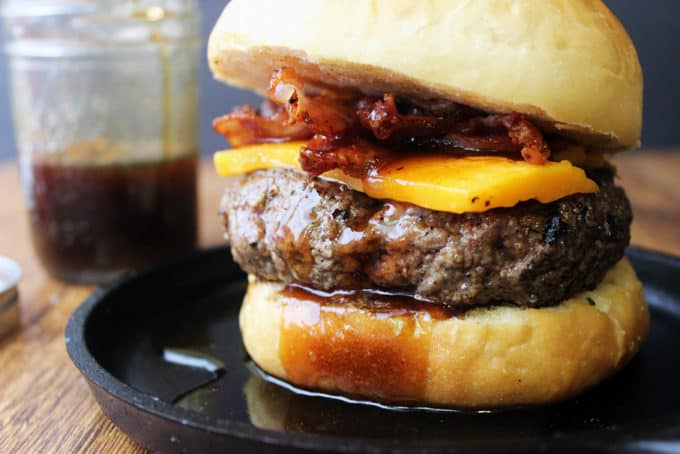