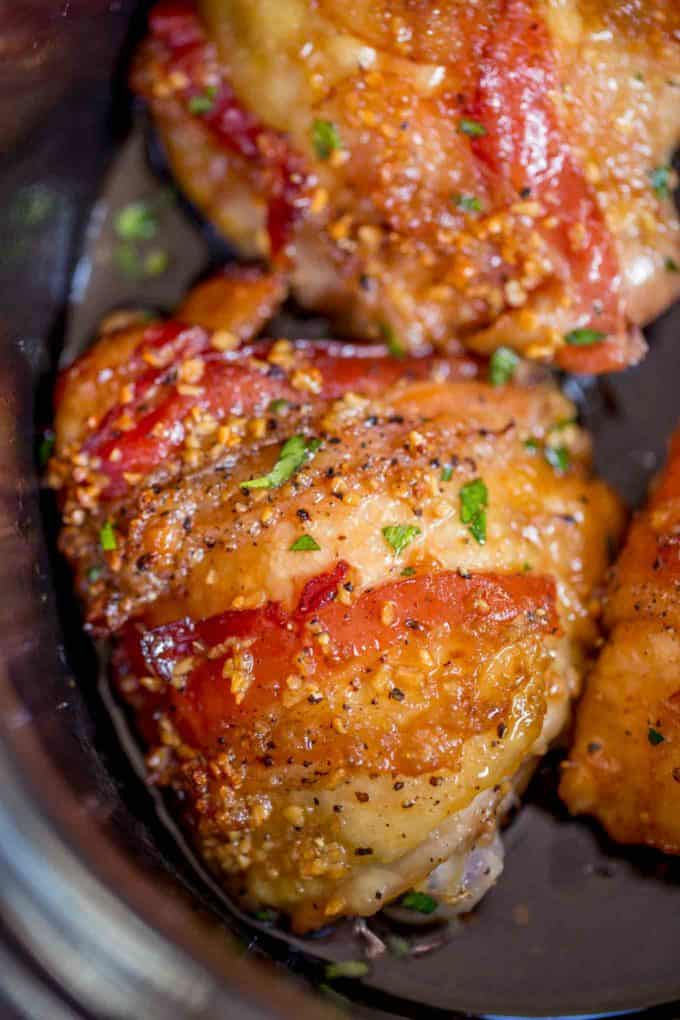 Slow Cooker Bacon Brown Sugar Garlic Chicken is right in line with all the bacon brown sugar goodness on the blog. It is hard to argue with these magic ingredients working well together. Let’s take a ride down memory lane together!

This may shock you because how many ways can this be done? But yes, bacon, chicken, slow cooker goodness. This feels like one of those toys you buy where you can swap out all the clothing pieces individually on the magnet doll.

And yes, salmon version coming in the new year along with a whole chicken, chicken wings and more.

Look I can’t even say I haven’t enjoyed making and eating all the versions. They are DELICIOUS!

Plus they’re so easy its amost funny. I mean this one is six ingredients if you count salt and pepper. I don’t but according to this Facebook video I posted for the chicken tenders people were pretty mad at me for not counting salt and pepper. I called shenanigans and no one thought I was funny, haha. 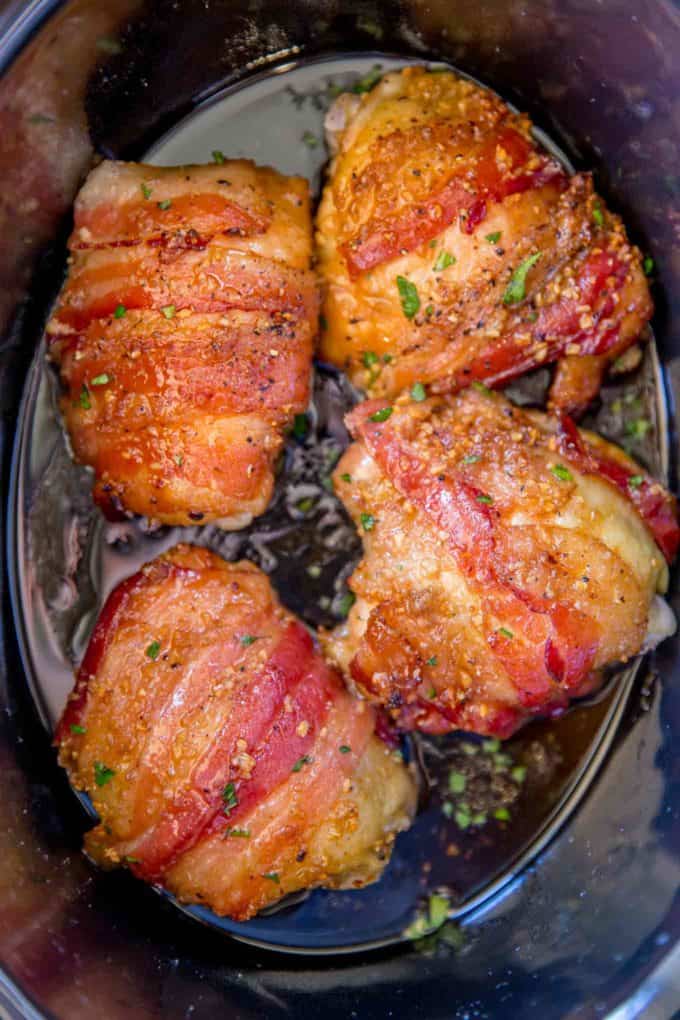 Tools Used in the making of these Slow Cooker Bacon Brown Sugar Garlic Chicken:
Slow Cooker: Love this slow cooker and how programmable it is, it has been a workhorse for me… until…
My New Slow Cooker: This recipe was made in this slow cooker. For larger roasts I also brown the meat in the insert and not lose a bunch of the flavor by transferring the meat and leaving the browned bits behind. If you’re thinking of a new slow cooker, consider it if your budget is open.

In case you find the chicken is not as caramelized in your slow cooker as the photos it could be your slow cooker runs a little cooler than mine. In that case put the chicken on a sheet pan and cook under a broiler for 45-90 seconds while watching it like a hawk to and removing before your garlic starts burning. 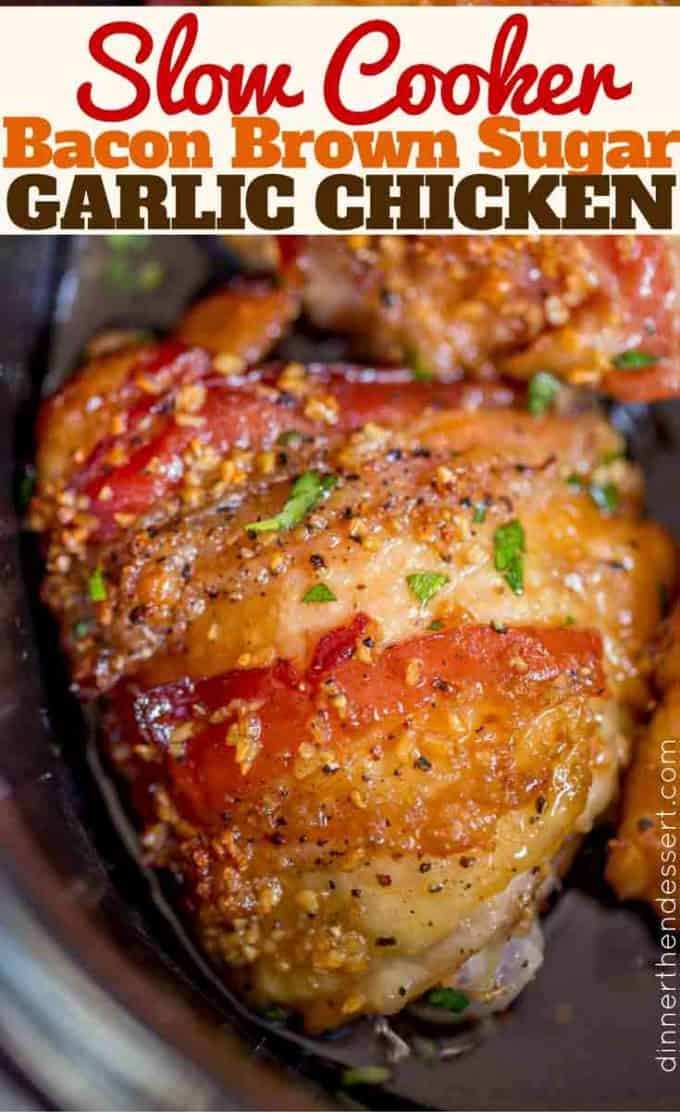