Shrimp Étouffée is a Cajun dish loaded with bold flavors, cooked in butter and the holy trinity vegetables over rice that’s ready in just 30 minutes!

Pair this hearty stew with some Southern Fried Okra and Cornbread and you can almost imagine that you’re down in New Orleans for Mardi Gras. 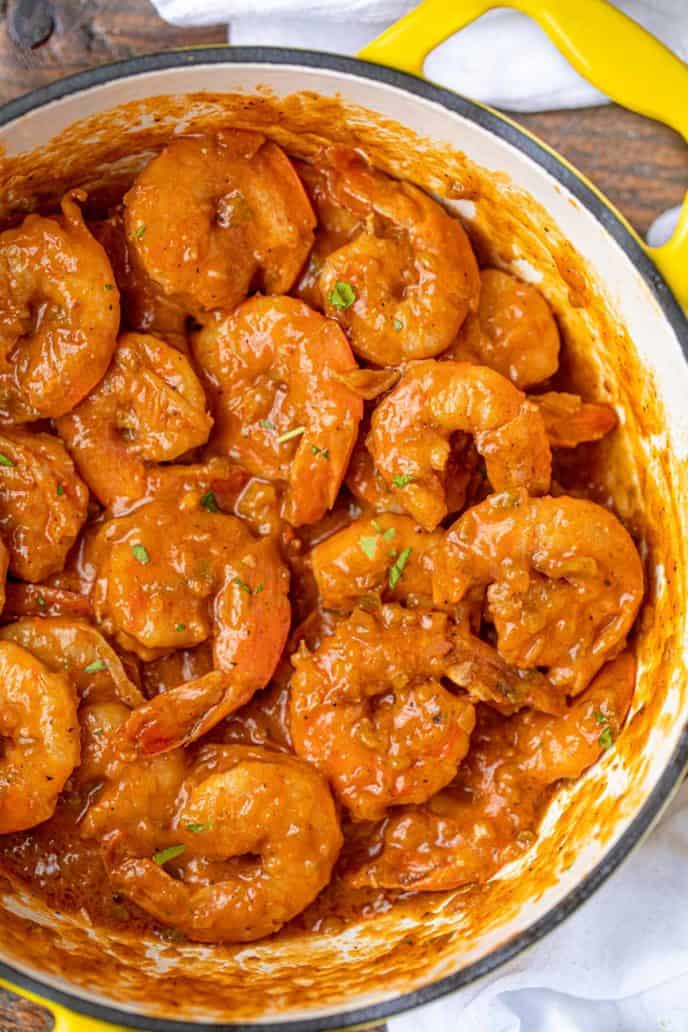 I’ve heard Shrimp Étouffée described as “edible jazz,” and that description is pretty apt. Just like jazz, Étouffée combines a little bit of style from multiple genres and blends them together to make a tasty, vibrant medley.

Shrimp Étouffée is a blend of vegetables cooked in a thick tomato sauce. A great dish for weeknights, it keeps really well in the fridge for leftovers and tastes even better the next day (don’t ask us how since shrimp is notoriously bad as leftovers, but it does.)

HOW TO MAKE SHRIMP ÉTOUFFÉE

WHAT DOES ÉTOUFFÉE MEAN?

“Étouffée” is a French word that means “smothered.” The term actually refers more to the style of cooking than the food itself, sort of like the word “barbecue.”

IS ÉTOUFFÉE THE SAME AS GUMBO OR JAMBALAYA?

This recipe is similar to two other Creole dishes, gumbo and jambalaya, but has a few distinct differences. 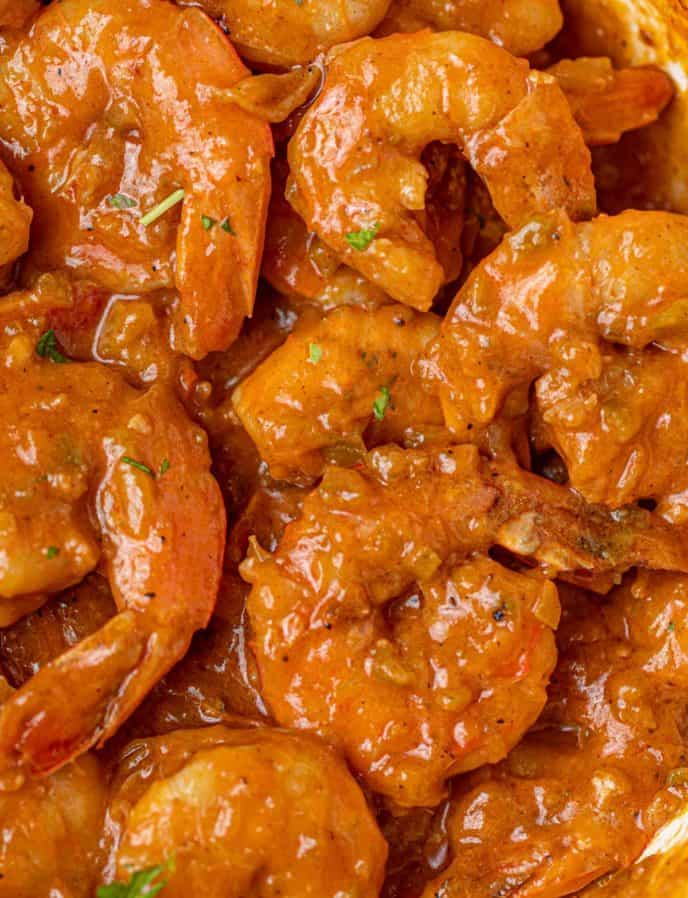 WHERE DOES ÉTOUFFÉE COME FROM?

This delicious stew was first introduced to restaurant goers in the 1950s in Breaux Bridge, Louisiana, but it’s thought to be older than that, possibly from the 1920s. Étouffée is both a Creole and Cajun dish and originally used crawfish instead of shrimp because of how popular crawfish were in the bayous (mostly because of how regularly people caught them.)

The holy trinity of Cajun food consists of bell pepper, onion and celery. These three ingredients are called the trinity because of how often they show up in recipes and how varied those recipes are. Jambalaya, gumbo and étouffée are just three examples of different dishes that, although similar, are distinct from each other and use the holy trinity. Trying to make a Cajun meal without the trinity is something that is just not done.

WHEN IS IT FULLY COOKED?

According to the USDA’s website, shrimp is considered fully cooked when the internal temperature reaches 145 degrees F (62.8 degrees C). In order to keep your dinner from being memorable for all the wrong reasons, make sure to check the étouffée with a probe thermometer before you dig in.

This Shrimp Étouffée Recipe is simple and fast, and if you’re a big fan of food from the American South it may just be a new favorite in your house. 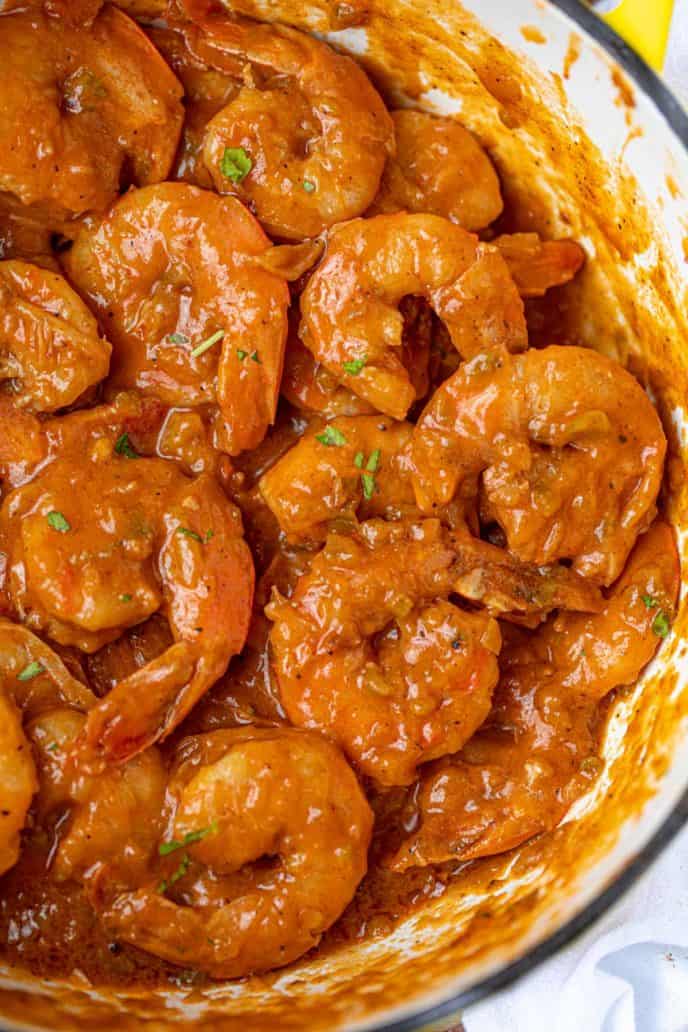 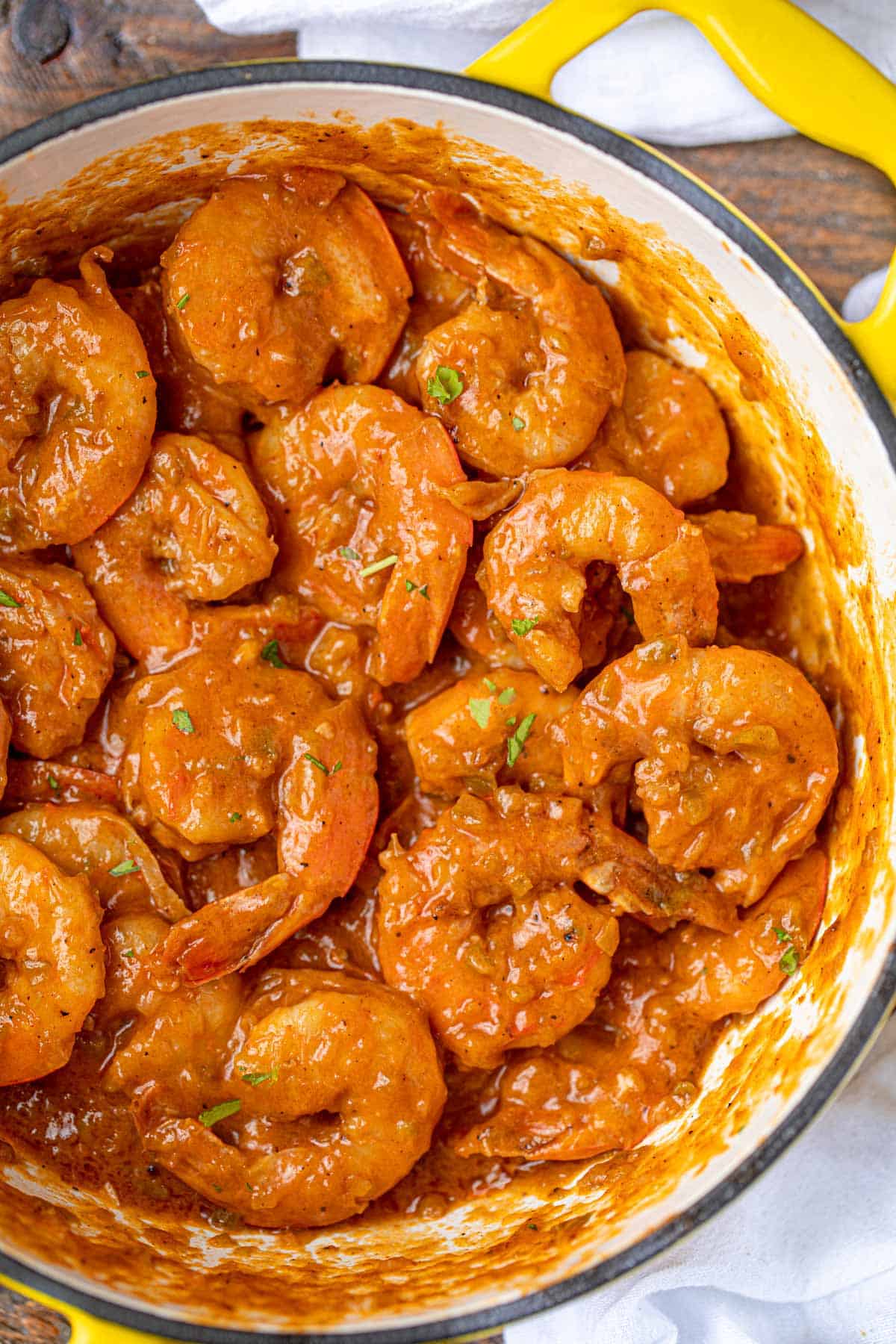