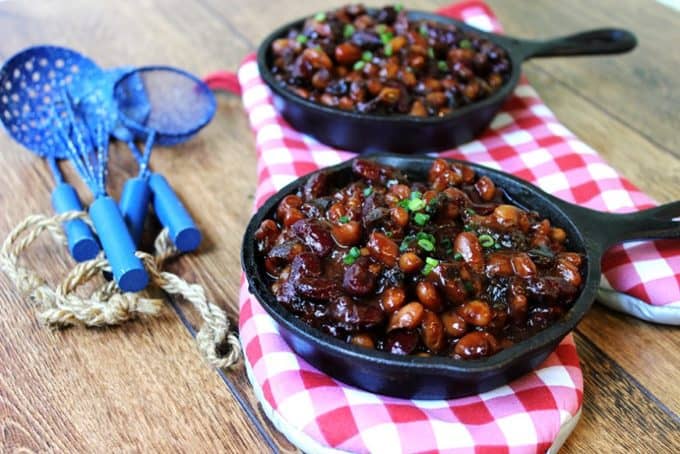 I don’t know about you, but I am a total sucker for BBQ parties, with the buffet of side dishes to go with the grilled meats. Add in these baked beans with bacon, honey and a bit of brown sugar, and I’m sold. Anytime we do ribs or grilled bbq chicken at the house or for holiday parties, these baked beans make an appearance. It is hard to turn them down. These baked beans are also easy to make from scratch. They’re sticky, salty and sweet and a perfect addition to your BBQ or picnic. 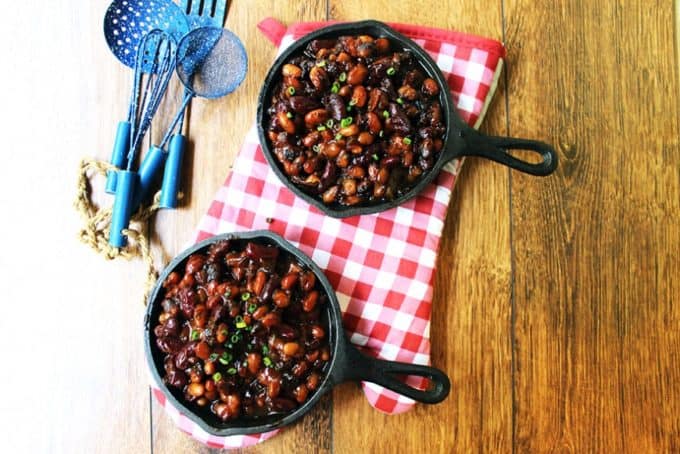 A few years ago, I had a wild idea to make my own baked beans. I don’t know what gave me the motivation since I was used to the canned kind and they always seemed to be on sale at the grocery store. I also happen to be married to a very sweet, intelligent man who doesn’t care for coleslaw or baked beans [I know, crazy right?]. It wasn’t until I created this baked bean recipe that I convinced him baked beans were amazing [I’m still trying to convince him about coleslaw!].

I tried 3 or 4 different baked bean recipes — some even called for you to throw in a can of already made baked beans. (I couldn’t understand that logic when I was going through the effort of making them anyway!) It wasn’t until I took three recipes and made a frankenbean recipe that took parts from each one, that I created this dish.  I hope you will enjoy this baked beans recipe enough that your baked beans search ends here! 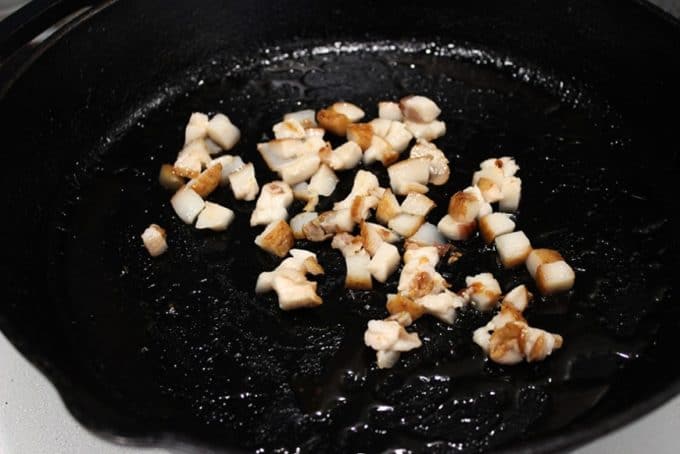 How to Make Baked Beans with Bacon

This baked beans recipe is easier to make than you might have guessed. Forget about canned baked beans, homemade baked beans are lightyears better. 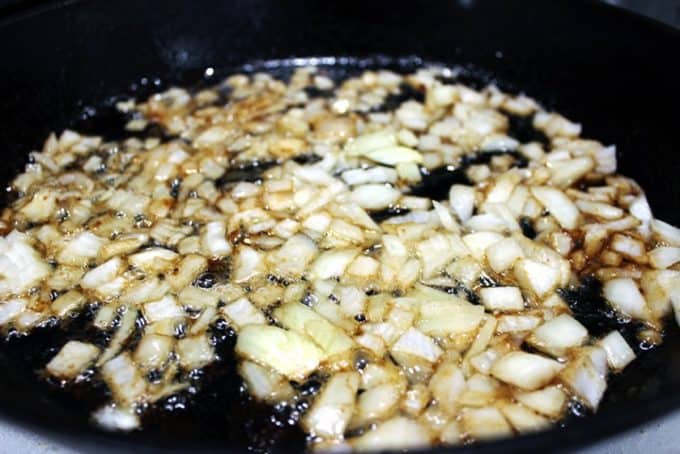 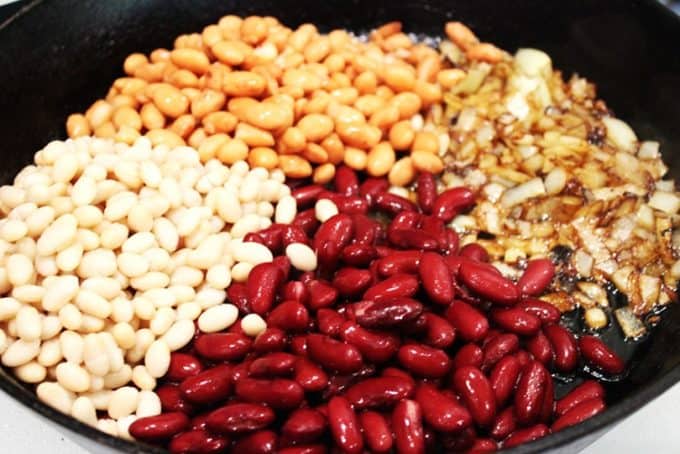 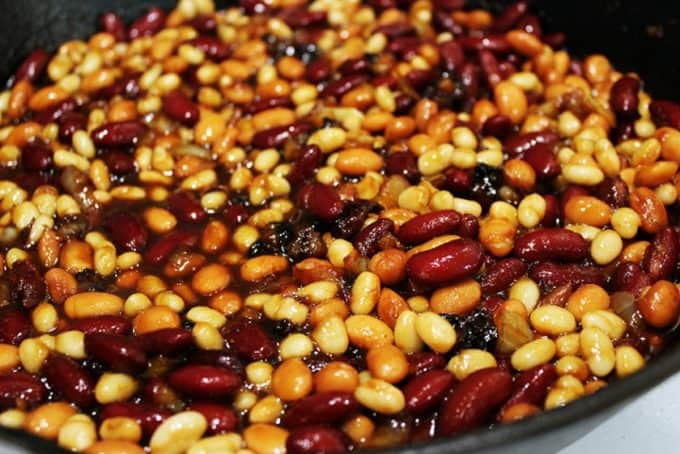 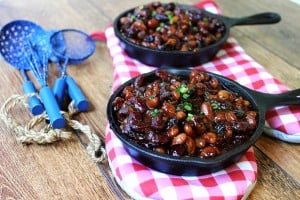 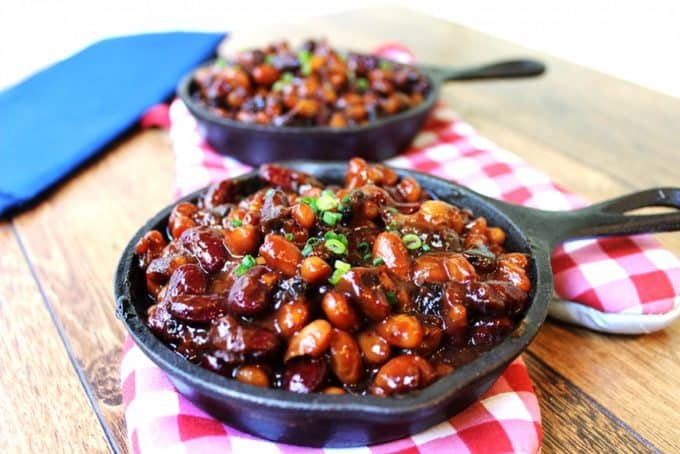