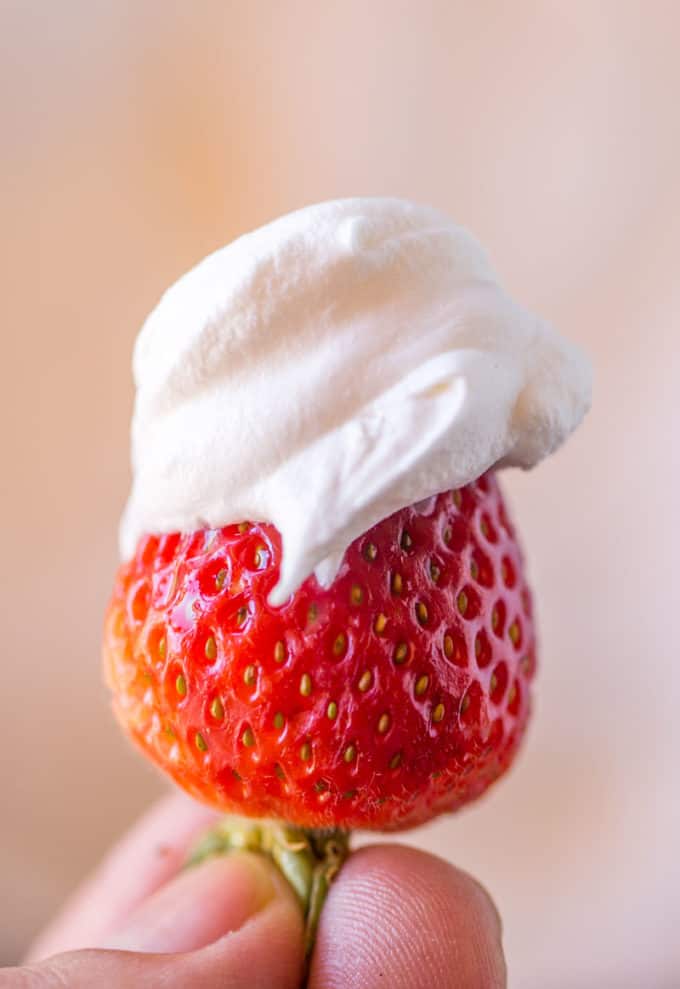 Homemade Cool Whip that is stable like the store bought kind but made at home and SO delicious. Perfect for your favorite family recipes!

Homemade Cool Whip is the second entry in the Dinner, then Dessert Kitchen Pantry Series. The most frequent email I get from readers are, “Here is an old family recipe I love, how can you recreate this without xyz ingredient because I don’t use xyz ingredient anymore.”

The first recipe in the Pantry Series was for Condensed Cream of Mushroom Soup with many more canned soups on the short list for future posts. If you have any requests please leave comments below and I’d be happy to look into it!

This recipe is a favorite of mine (I’ve been making it for about a year since finding it on Serious Eats) and I’ve used in successfully in dozens of cool whip recipes. 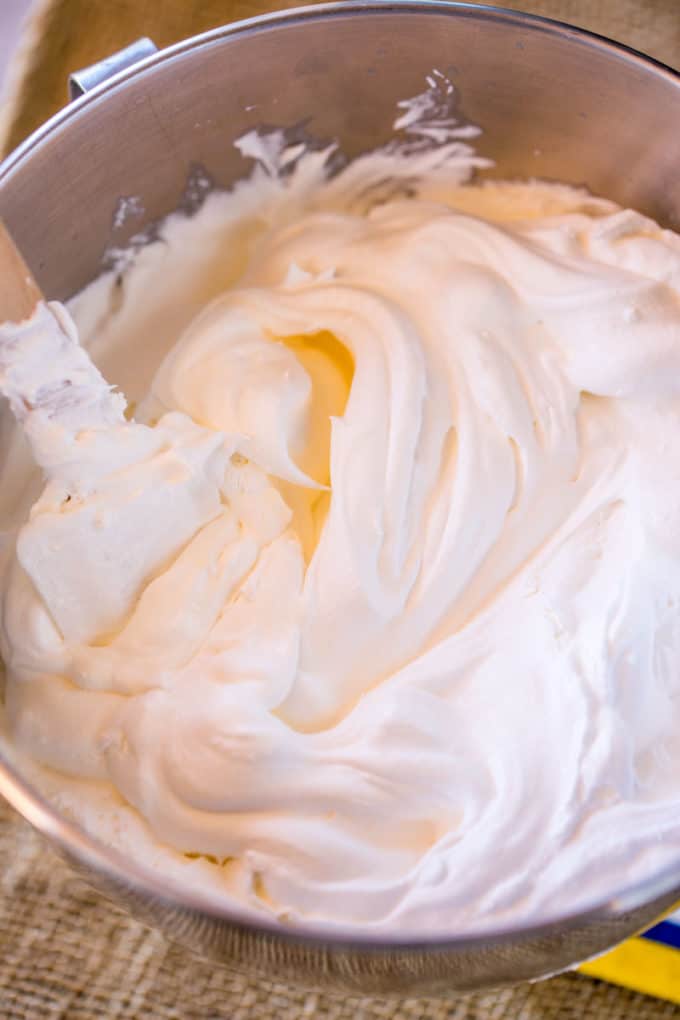 PS, just want to note, I’ve had this recipe saved on my computer and as I am linking now I see we both shot it with a strawberry like on the cover of the Cool Whip container. I guess I’m less original (even with copycats) than I give myself credit for.

Some things to consider about this Homemade Cool Whip Recipe:

Tools Used in the making of this Homemade Cool Whip:
Powdered Milk: Good to keep in your pantry if you only use milk sparingly for recipes or use powdered milk for other recipes.
Candy Thermometer: Inexpensive and indispensable in this recipe.
Gelatin: Same kind you’d use in jellies, you can also use store brand.

*Want to make your own corn syrup at home??I use a homemade thick simple syrup for this instead by mixing 8 tablespoons of sugar with 2 tablespoons of hot water. This makes a half a cup of homemade corn syrup. 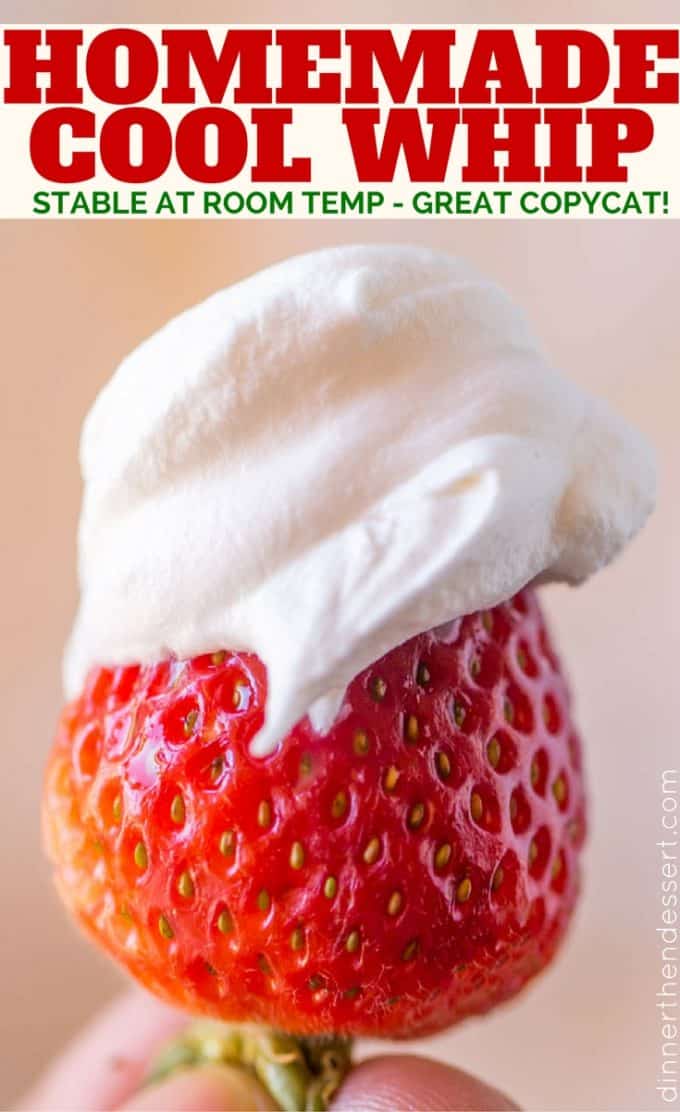 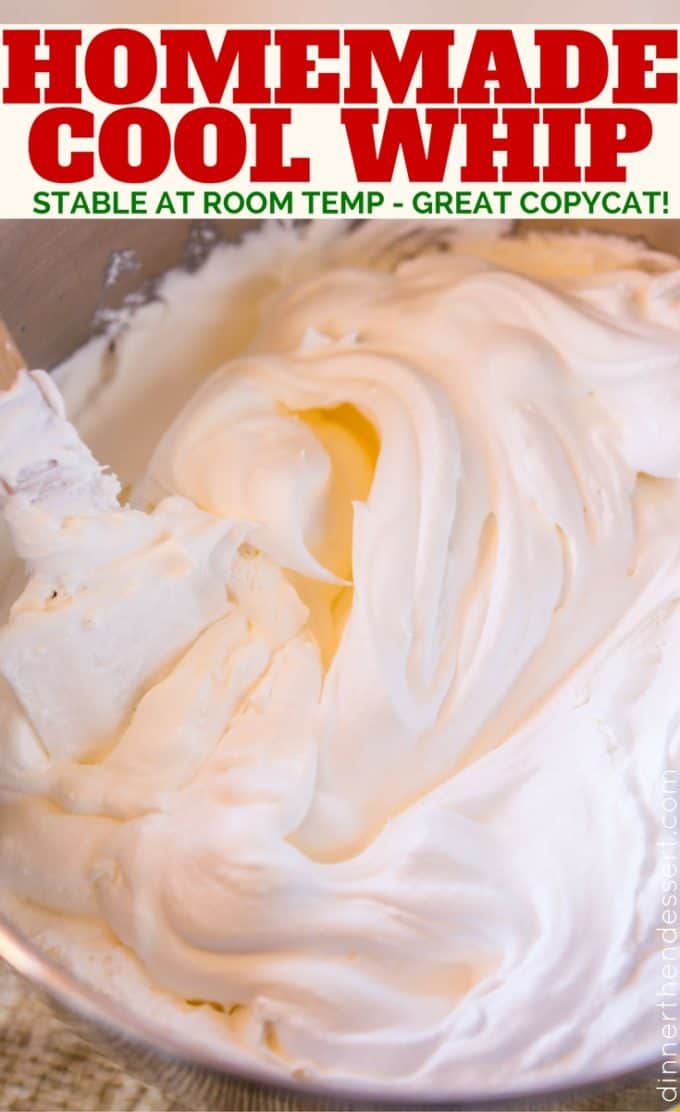