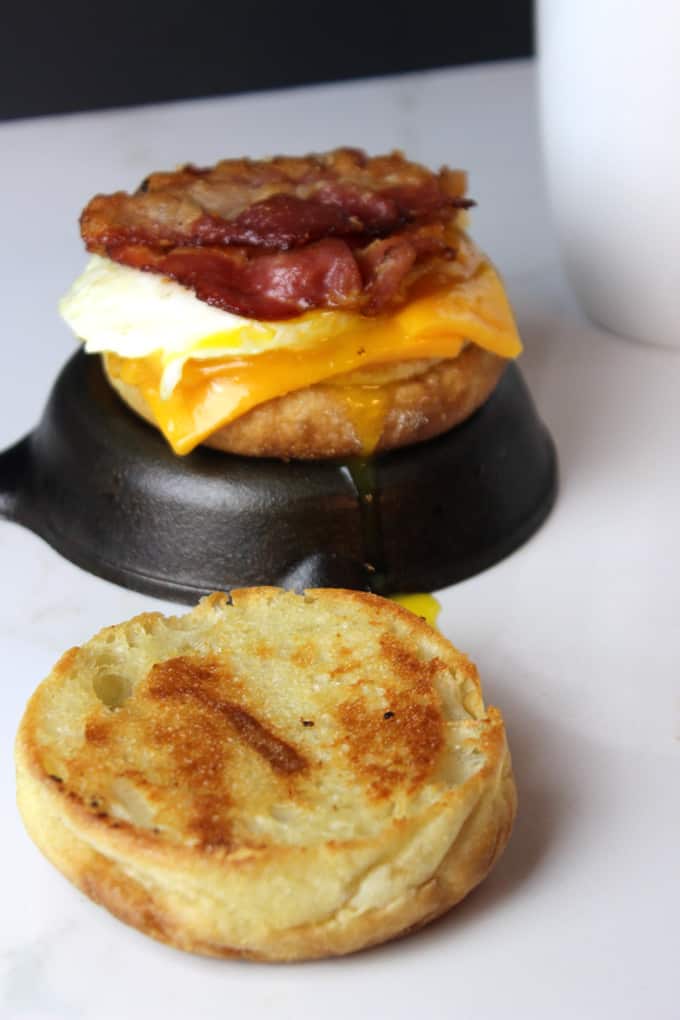 Egg, Bacon and Cheese McMuffin made to serve a crowd with little effort with some easy prep tricks, you won’t miss the fast food version for even a second! Egg, Bacon and Cheese McMuffin finished off in the oven means everyone will enjoy a crispy, buttery sandwich at the same times. One of the biggest issues I always faced when working with clients was making sure large volumes of food were ready at the same time and that they all looked the same.

The tricks in for these Egg, Bacon and Cheese McMuffins for pre toasting the bread, making bacon circles and finishing the sandwiches off in the oven will have everyone happily eating at the same time.

On a side note, this week has been absolutely crazy. Between technical issues earlier in the week and an out of nowhere bug in the last 48 hours I can’t remember the last time I was more excited about a weekend off! I’m used to getting five recipes to you guys a week most weeks. This week today will make three!

Some notes on the Egg, Bacon and Cheese McMuffin: 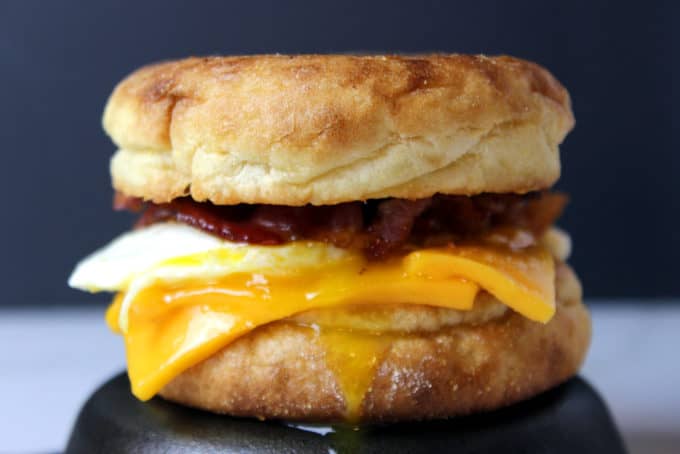