Roasted Brussels Sprouts in a cast iron skillet and topped with Parmesan cheese and crumbled bacon are the perfect holiday side dish you can make in one pan in 30 minutes.

Brussels Sprouts are a favorite spring time side dish of ours, we love them Oven Roasted on a sheet pan or in my favorite copycat form of the famous Tin Roof Bistro Brussels Sprouts. 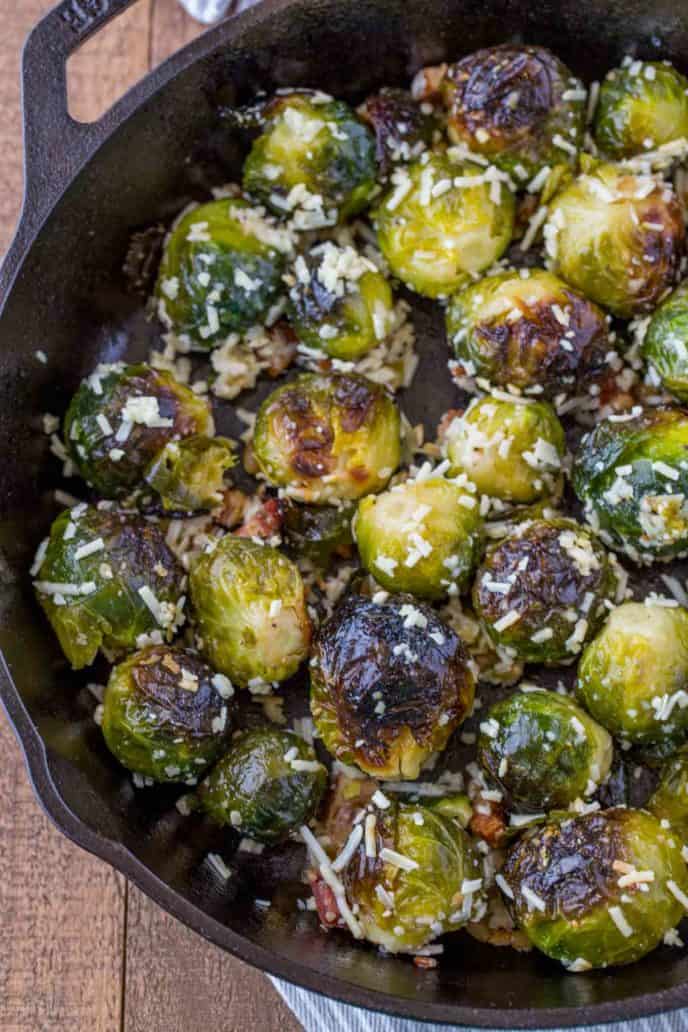 Roasted Brussels Sprouts have had a resurgence of popularity over the last ten years in restaurants. A vegetable most people used to use as the butt of a joke is now trendy enough to make appetizer lists in popular restaurants.

How do you prep brussels sprouts:

Cut the rough edges of the root off the brussels sprouts and remove any yellowing outer leaves. You can roast whole or even cut in half. 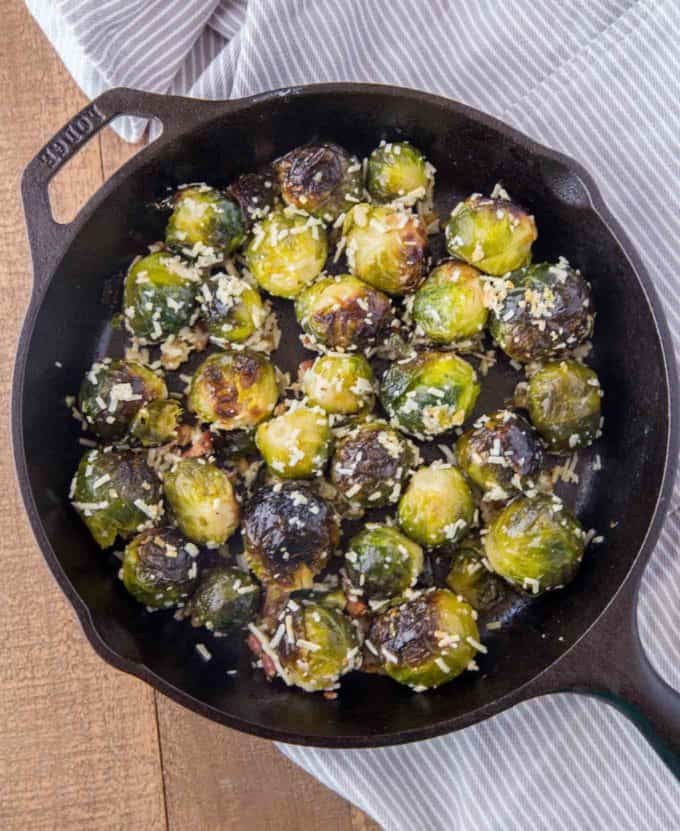 How to pick Brussels Sprouts:

Look for tightly packed brussels sprouts with no loose leaves. Avoid yellowing leaves and if possible choose smaller brussels sprouts over larger ones as they tend to have a sweeter, better flavor and make roasting easier. Look carefully for black dots on brussels sprouts which are signs of mold and should be completely avoided.

What to serve with Brussels Sprouts:

These brussels sprouts would be great with HoneyBaked Ham, Ultimate Slow Cooker Mashed Potatoes and Boston Market Mac and Cheese for the perfect Easter meal! 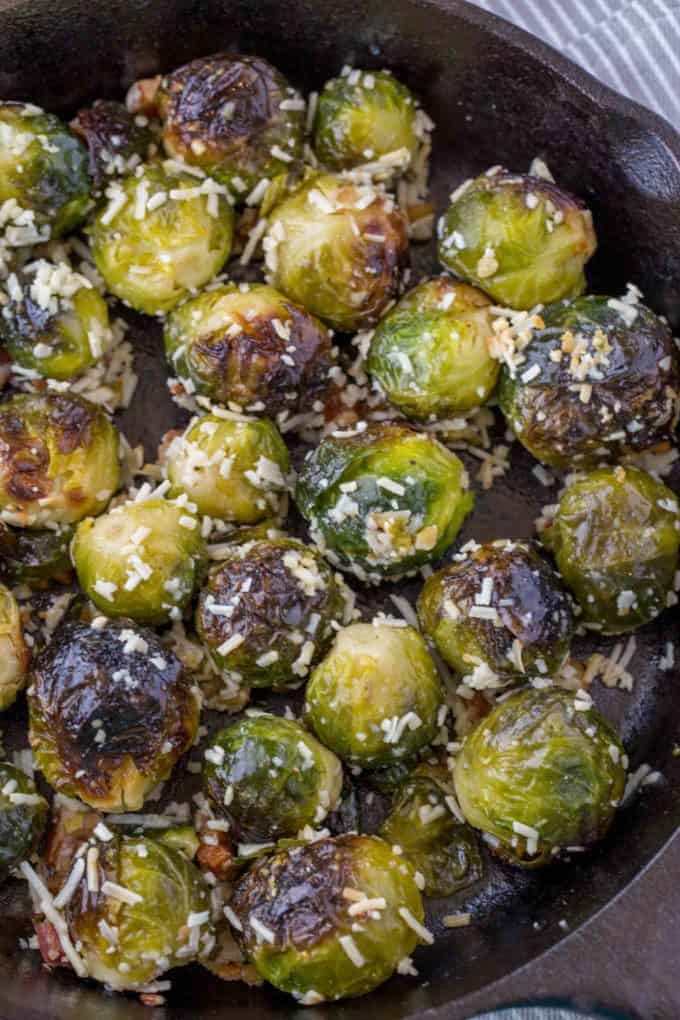 Tools Used in the making of this Bacon Parmesan Brussels Sprouts:
Cast Iron Skillet: This is my most used pan in my kitchen, heavy, keeps heat well and it is great for cooking the bacon and roasting in the oven. 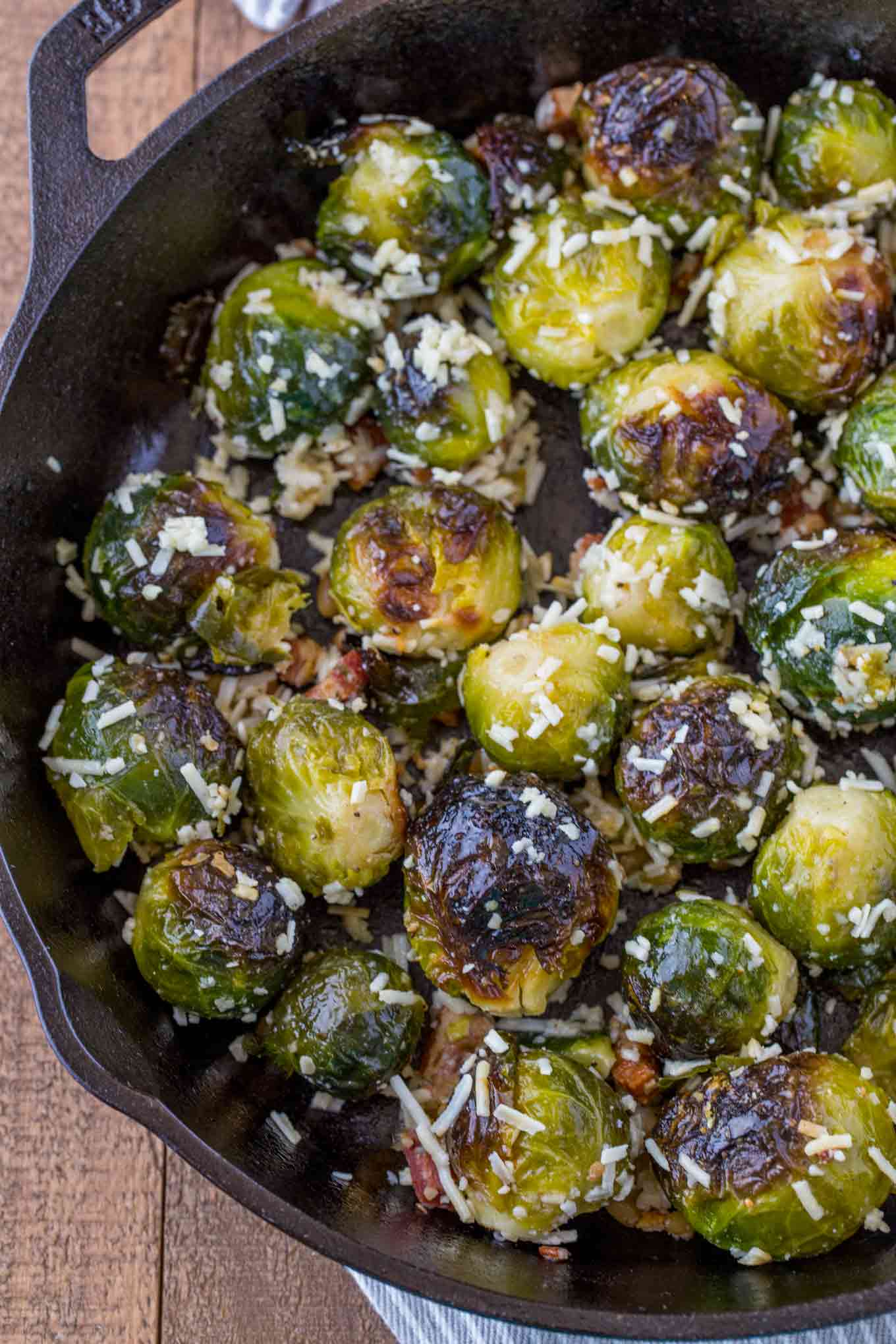 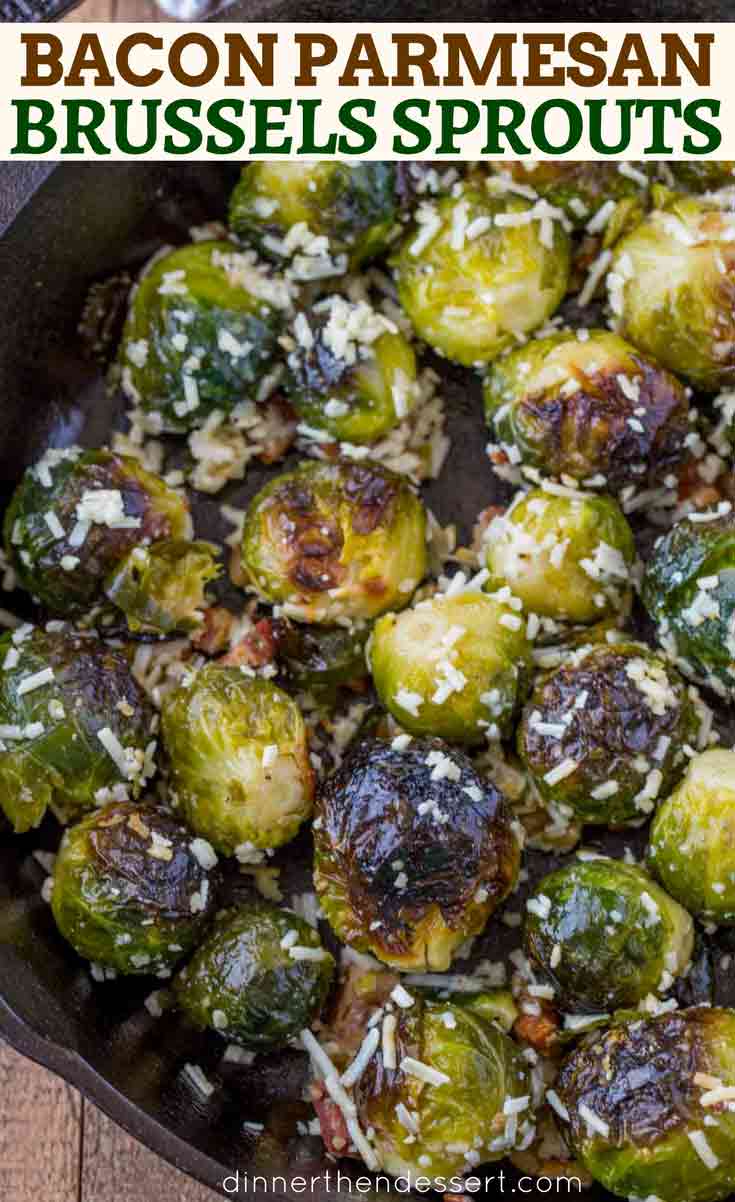